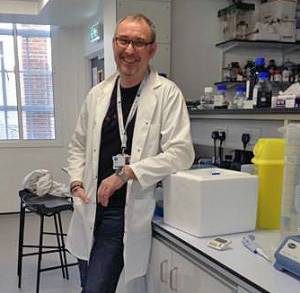 Dr Andrew Snabaitis in the laboratoryEvery day, 480 people will have a heart attack in the UK and, at any one time, 900,000 Britons are thought to be living with heart failure. Coronary heart disease is the country's single biggest killer and something that touches every family. The British Heart Foundation has been fighting heart disease for more than 50 years. Kingston University researcher Dr Andrew Snabaitis has a well-established relationship with the charity - one that has brought hundreds of thousands of pounds of funding to the University.

Andrew - who belongs to Kingston University's Diabetes and Cardiovascular Research Group - was recently awarded more than £270,000 by the British Heart Foundation to study the ‘Regulation of cardiac apoptosis and heart failure by the type 2A protein phosphatase regulatory protein alpha4'. This project will use models of heart failure to discover how the expression of a particular naturally occurring protein can regulate apoptotic heart muscle cell death and heart failure.

Andrew says, "An early characteristic of heart failure is increased myocardial stiffness and hypertrophic enlargement of the heart in response to a pathological stimulus such as hypertension [high blood pressure]. Delineating the mechanisms involved is crucial to one day fully understanding why hearts do eventually fail and thereby being able to develop a viable therapy." 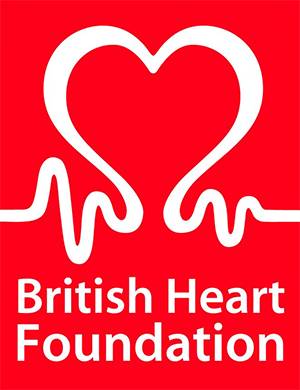 The three-year BHF project grant funding will support a post-doctoral research assistant to carry out the experiments and comes on top of Andrew receiving more than £100,000 from the charity in 2012 to fund a collaboration with King's College London, Southampton University and Vanderbilt University in Tennessee.

Andrew's long-standing association with the BHF dates back to 1993, when the charity funded his PhD research at the United and Medical Dental Schools of Guy's and St Thomas' Hospitals (UMDS). The BHF awarded him a personal Basic Science Intermediate Research Fellowship in 2004 and he then brought his BHF association with him when he moved to Kingston University in 2009 to be a lecturer in pharmacology and physiology within the School of Pharmacy & Chemistry.

"I am delighted that the BHF has continued to fund my research at Kingston University," he says. "This funding relies on charitable donations and is therefore limited. The funding process is also highly competitive, especially when you consider the prestige of other institutions also applying for this funding."