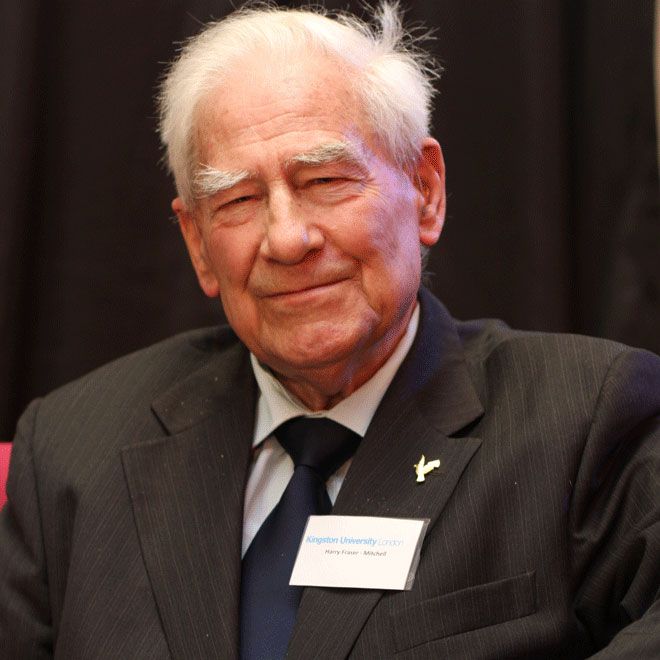 Harry Fraser-Mitchell became fascinated with aircraft from the age of seven having been shown round an RAF biplane and from that moment decided that his future was to be in aeronautics.

He commenced his career at the Royal Aircraft Establishment Farnborough but after National Service was transferred to the National Physical Laboratory to work on ships. Unable to obtain a transfer to work on aircraft, he left and joined the Aerodynamics Department of Handley Page at Cricklewood. During the 18 years he was there, he was involved with the Victor V Bomber, the Herald transport, and the Jetstream, a small airliner.

An important part of his work was involvement in major collaborative studies for research into advanced design concepts for supersonic airliners which laid vital technical foundations for Concorde. The studies were organised by the Royal Aircraft Establishment, Farnborough and Harry represented Handley Page on one of the specialist groups.

Concern about the controllability of slender delta aircraft at low speeds, led to the award of a contract to build a small research aircraft, the HP 115 to investigate the problem in flight. Harry led the design team and the project was highly successful. The results gave crucial reassurance on the safety of the slender delta design. During his time at Handley Page he progressed steadily and eventually occupied the post of Chief Aerodynamicist.

It so happened that Rosamund Fox was part of the design team for the HP 115. They married in 1961, to be followed by 53 years of happy married life, two children and three grand children.

Following the closure of Handley Page, due to his reputation he was offered a post at Hawker Siddeley, Kingston to work on a new RAF trainer aircraft, which became the Hawk. Although working on only one aircraft type, it gave rise to ‘family' of versions, including the difficult task of fulfilling the American requirement for a carrier-borne version for the US Navy.

Following his retirement in 1990, he became a part time lecturer at Kingston University. He soon showed great skills as a lecturer and project supervisor. His extensive knowledge and experience gained him considerable respect from both staff and most importantly students. An outstanding contribution of his was the compilation of five design case studies of current aircraft including the BAE Hawk and Jetstream. He was at the university for about 12 years, and during that time made a lasting impact on the School of Engineering and the course.

He was active in many organisations, including the Institution of Mechanical Engineers and the Royal Aeronautical Society, where he served for many years on the Historical group, organising lectures and writing significant technical and historical papers. He was also involved with the Handley Page Association, as Founding Chairman, Vice President and Secretary.

Harry's funeral took place at All Saints Church, Fleet, on 11 November. As a fitting tribute to an outstanding aircraft engineer, a BAE Hawk from Boscombe Down made a flypast.