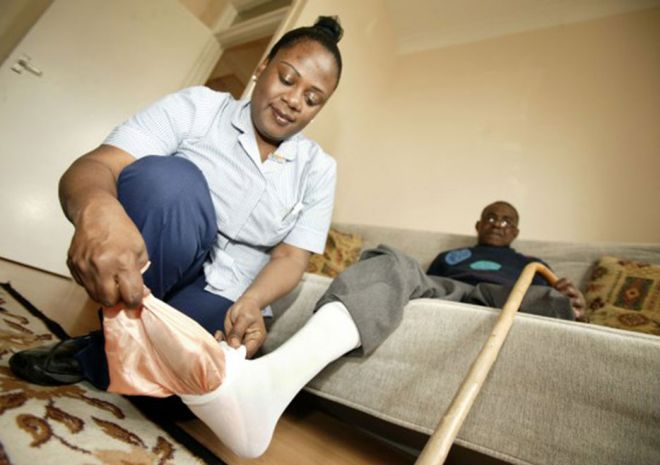 Neomi was delighted to be featured on Dragon's Den where she made the most of her opportunity to share her message about the unnecessary deaths caused by deep vein thrombosis (DVT) and her solution to the problem in the form of Neo-Slip anti-embolism stocking aid.

Neo-Slip was invented when Neomi was in her second year of studies at Kingston. She was given a risk assessment essay to look for and solve a problem and decided to look at the stockings as she noticed many patients were reluctant to use them – as they are tight and difficult to put on.

She says: "I intuitively felt that it was my responsibility to bring this lifesaving product to market. 25,000 people die each year of preventable DVT after having an operation or long haul travel."

The low friction Neo-slip design creates a smooth foundation with a lubricious effect, on which to slide stockings into place. Available in three color-coded sizes, Neo-Slip enhances the comfort of applying the stockings.

Neomi says: "I met Deborah Meaden at an event last year. She encouraged me to apply to go into the Den to pitch Neo-Slip to her and the other Dragons. The application process was complex and involved extensive due diligence. Of course, it would have been great to have secured a Dragon as a business partner; however the experience has helped me enormously."

Although Neomi didn't gain the backing from the Dragons she had originally hoped for, she has seen a huge increase in her customer base following her pitch to the investors and is making significant inroads in the USA, Canada and Europe.

Neomi offers advice to current students: "Stop listening to other people's negative opinions and live life in the present moment instead of thinking about the 'what if's'.  Be grateful for what you have and be the best in everything you do, and most importantly, keep reaching for the stars because you can achieve your dreams."