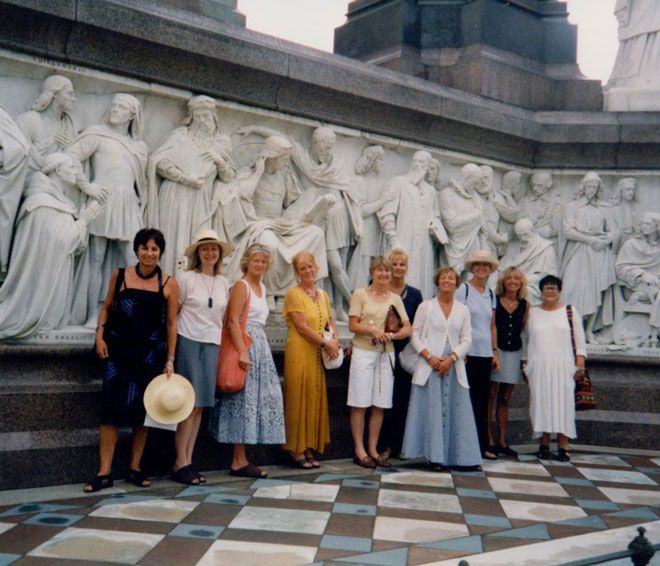 Kingston Art Group – combined studies graduates from the class of 1995 – celebrated their 20th anniversary at a spa in Haslemere last month. What's particularly amazing though, is that they have met every month since they graduated.

The format of the combined studies course meant that the group could choose modules from outside their main field, which is where the majority of them met.

Over the past 20 years, the group has visited a host of cultural and art locations in the UK and beyond. Every year, a member hosts an AGM (annual general meeting) to plan the year's activities – events which Derek Hutchins (the sole male member) describes as "jolly occasions with dinner and a late night"!

While studying at Kingston, they enjoyed field trips to Paris, Barcelona and Florence, and their taste for overseas trips has continued... 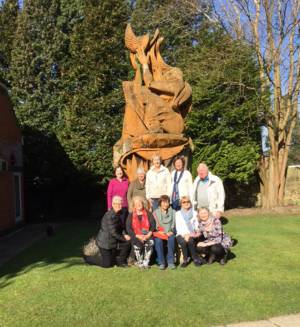 Last year the group travelled to Saint Laurent du Mar near Nice and enjoyed the many activities on offer there, including the Flower and Lemon Festivals, Musee Cocteau, the Matisse Museum and a visit to St Paul de Vence.

Closer to home, they have visited all of the main galleries in London, where many of them are 'friends' or have even been employed. They have recently been to Devon, where Charlotte lives, to sample the local delights and have also planned a visit to Bristol in September to visit the galleries there.

The group attended Kingston as mature students and some have worked in the art field and are now happily retired, whereas some members have continued to study. Many members now have growing grandchildren who keep them busy.

Charlotte says "they have all matured well over the past 20 years - like fine wine".

If you'd like to know where old classmates and friends have got to, you can check our Graduate Directory, where our records go back as far as the 1970s.

Or get in touch with us at alumni@kingston.ac.uk. You can also use the Kingston University alumni groups on Facebook and LinkedIn.