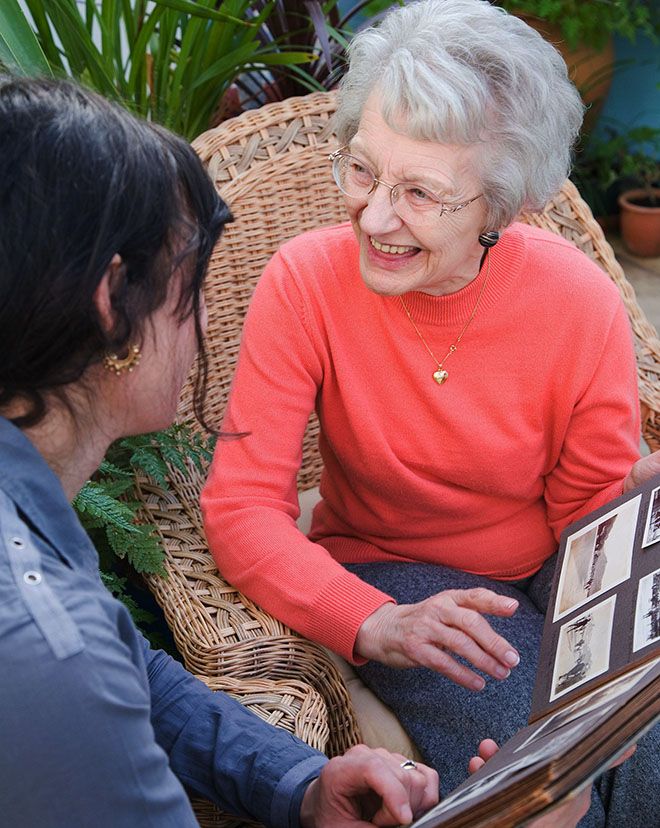 The University is forging new relationships with people aged  60 and over who studied at Kingston. Picture: John Birdsall/REX_Shutterstock.Legacy marketing - when a university gets in touch with its alumni with the aim of encouraging them to remember their alma mater in their wills - is an increasingly important aspect of higher education fundraising. Following in the footsteps of charities, for which legacies have long been a major income stream, universities have begun to step up their communication with potential will donors.

The biggest challenge of legacy marketing is to design activity that will prompt alumni to include their former universities in their wills and then to identify ways to measure the impact of this activity. Kingston University has this year taken an original approach to addressing this. The resulting campaign has been a huge success, more than doubling the number of known legacies to the University. The initiative has also been shortlisted for an Institute of Fundraising 2015 National Fundraising Award in the category of best legacy campaign.

Head of development, alumni relations and events at Kingston, Dr Helen Trott, said the main problem facing fundraisers was that most people who included a charity or institution within their will, didn't inform the organisation in question beforehand. "I suppose this isn't really surprising given that most of us don't tell even our closest friends and family what is in our wills and, in turn, we are often unaware of who, or what, our nearest and dearest have left their money to," she said. "Unfortunately, this does make it difficult to know who to target with legacy messages and when in their lives they would be most receptive to these."

The University had been inspired by recent Government research indicating that the number of people who left a charitable gift in their will tripled if solicitors asked their clients what causes they cared about, Dr Trott said. "At Kingston University we want to raise aspirations so that's the conversation we set out to have with our age 60-plus alumni whose careers were kick-started at Kingston," she explained. "We wanted to understand their hopes for what they would leave behind." The new legacy initiative aims to inspire graduates to remember the University in their wills. Picture: Joe Partridge/REX_Shutterstock.The Development team worked closely with Ilana Jackman, senior consultant at Mira Kelly Fundraising, to develop and execute the campaign. The activity was influenced by the observation that reading about people who have assigned money to causes in their wills seems to inspire other supporters to leave legacies of their own. "I think if you see someone else's story, it paints a picture of how you yourself might be memorialised," Dr Trott suggested. "It is nice to imagine that in the future others might read about you so you would continue to be remembered and be a source of pride to your family."

With this in mind, and taking into account the research findings, the University designed a postcard that showed alumni the difference that one graduate had been making since her death. It then asked them to complete the thought ‘when I'm gone, I hope my legacy will be...'. The postcard was followed up by four tailored emails and evaluation was made on the basis of returned postcards, website activity and conversations with alumni about legacies. 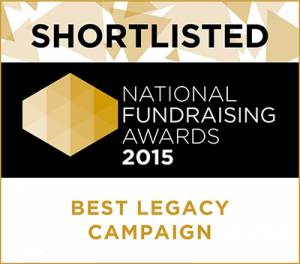 There were 325 entries for the Institute of Fundraising Awards and Kingston's campaign has been picked as one of the top four in its category.Kingston University legacy manager, Jason Barlow, said the team had been overwhelmed by how much the project had captured the interest of former Kingston students. "There was a huge increase in the number of postcards returned compared with previous legacy mailings and we also had 23 times more people visiting our legacy page on the website," he said. "The real proof of success, though, is in the number of Kingston legacies we are aware of and I'm delighted to say that we now have two and half times as many confirmed than at the same time last year before we launched the campaign."

In tandem with this activity, Kingston fundraisers undertook face-to-face legacy training to keep up the impetus generated by the programme and help the new relationships with graduates to flourish. Legacy conversations had also increased the number of regular donors and helped alumni understand the difference between leaving a set sum in their will, as opposed to a percentage or ‘residuary' amount, Mr Barlow said. "One of our graduates decided to make a £29,000 personal gift because she wanted to enjoy making a difference in her lifetime while another changed her £50,000 gift to a 50 per cent residuary bequest of her London house," he added. "Asking our alumni about their hopes and dreams has opened up dozens of new relationships with people who were looking for a way to make a difference and to keep supporting the things that are important to them." 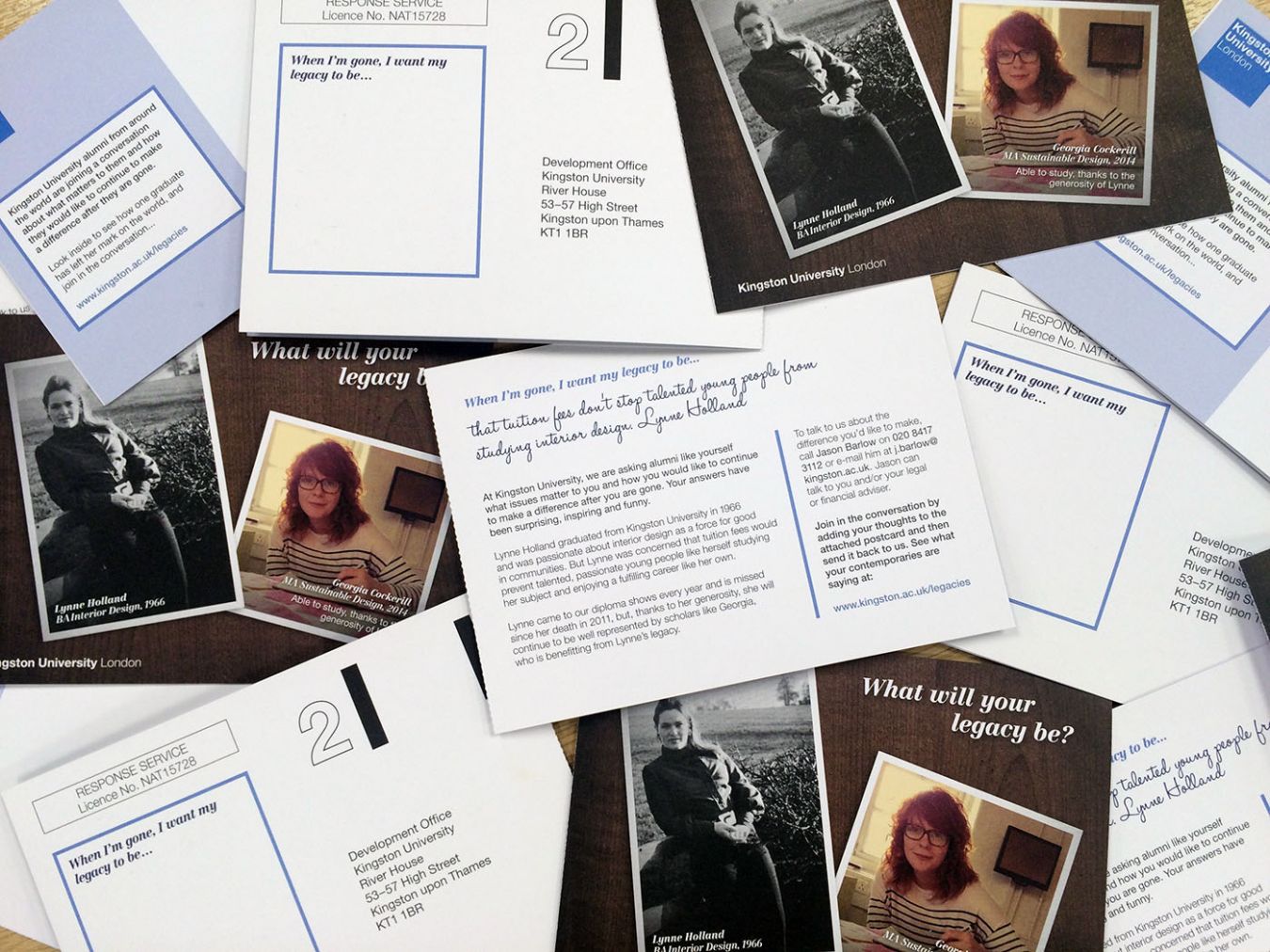 Kingston University has been asking its alumni how they want to be remembered as part of a new legacy campaign.