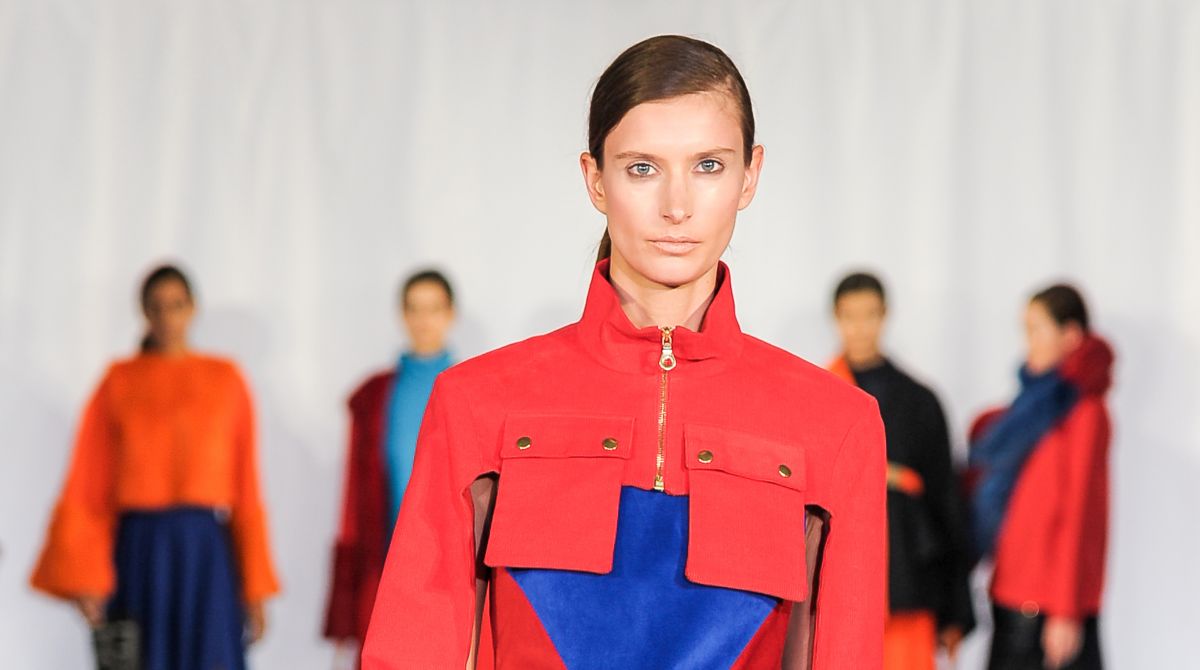 An up-and-coming designer from Kingston University has landed a sought-after role at Dior. Josh Read, who has just unveiled his collection on the catwalk at Graduate Fashion Week, has been snapped up by the French fashion label after being named one of the winners of the coveted LVMH Graduate Prize. He will take up a one-year internship at Dior's French headquarters in Paris in August.

"The role at Dior will be such an amazing opportunity to develop my knowledge and work with prominent industry figures. Coming as a result of being recognised by high-end luxury conglomerate LVMH makes it even more exciting," the 21-year-old designer from Horsham, in West Sussex, said. "I've always admired Dior so it's fantastic to have the chance to work with the brand, particularly so early in my career. Their style is all about making a woman feel confident, which is something I've concentrated on in my latest collection. It's also a very influential brand in terms of colour and fabric." 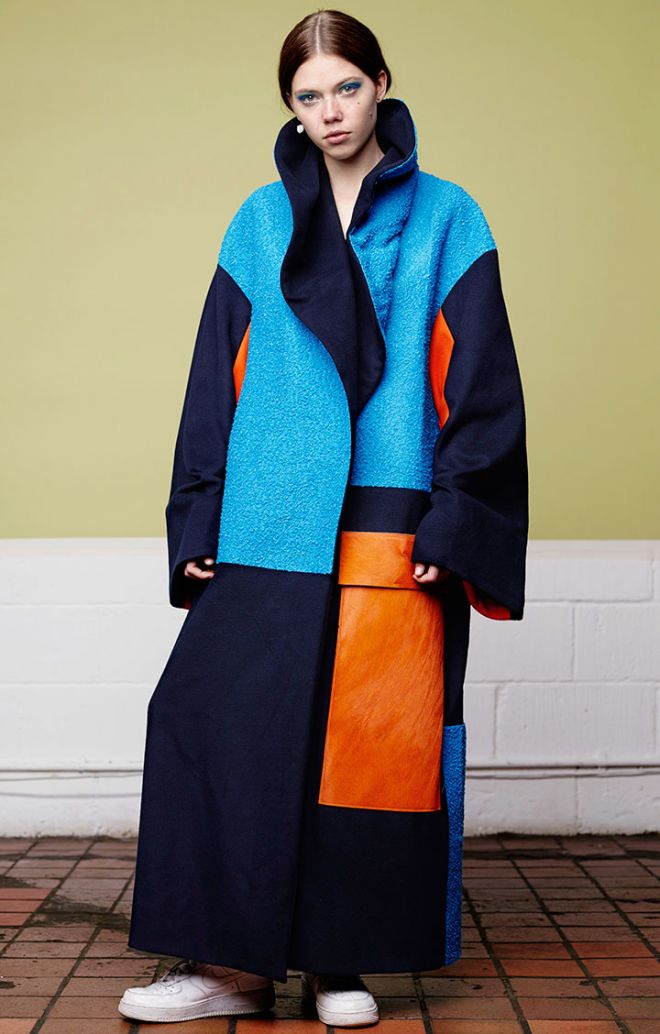 Josh has used a range of materials, including wool and leather lined with silk, to create his collection, which attracted a huge round of applause from industry experts at Kingston University's Graduate Fashion Week show. He was inspired by the style and times of the post-war era. "I'm interested in the elegance of the 1950s," he said. "I love the way women thought about fashion at that time. It saw the start of experimentation and the introduction of more colour, sex appeal, sophistication and power in their clothing. The archetypal 1950s' woman would dress to impress and I wanted to recreate that feeling for women today."

Josh is intrigued by how fashion became part of the fabric of people's lives in the 1950s. "Women would dress up for different activities, so I've brought this concept into the modern day by creating bespoke outfits for everyday scenarios," he said. His approach was about trying to modernise the mundane, Josh added. "I take inspiration from the flashes of colour within the grey concrete urban environment," he said. "For example, I've woven in the colours used in the logos of major retail brands - splashes of red and blue amid the grey."

Josh was keen to pursue a career in fashion from a young age. "My mum has pictures of me as a very young child, drawing clothes on to pictures of people," he said. "I've always felt a particularly strong pull to fashion - I love the fact that people seem to wear their own personalities and I want to be part of shaping that." 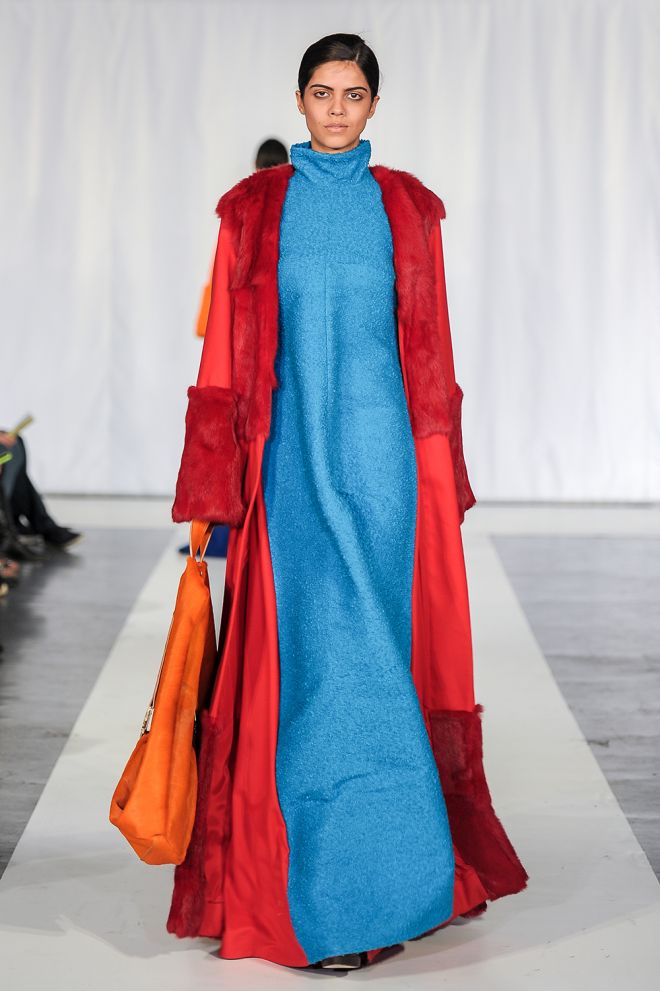 Josh Read's award-winning collection was inspired by 1950s' glamour.Studying at Kingston University had helped him grow in confidence as a designer, Josh added. "I've developed my own signature style and have been given the freedom to go with my instincts and pursue ideas I feel will work," he said. "I'd describe my style as sophisticated, modern luxe with a bold approach to colour."

Josh has already had experience with another big industry name during his studies, after being chosen for a placement at top American label Brooks Brothers in New York. He is keen to return to the Big Apple and would like to work there one day. "I fell in love with the city and had such an eye-opening experience. It taught me a lot about the way the fashion world works," he enthused.

Senior lecturer Andrew Ibi described Josh's latest womenswear range as brave and contemporary. "Josh's strong use of colour, texture and bold silhouettes has created a really striking final collection," he said. "Beyond the strong design impact, there is excellent attention to cutting, detail and finish. He's worked hard on defining the design narrative and context for the collection, re-imagining the mundane activities of life. The collection also has an underlying sense of fun and humour." 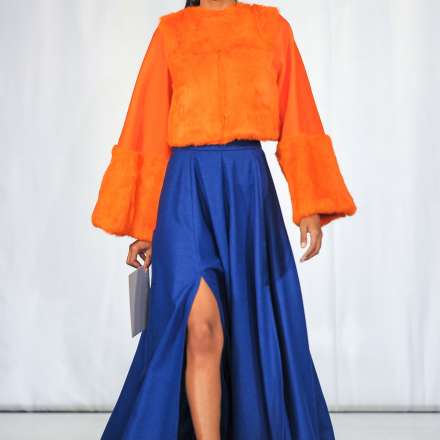 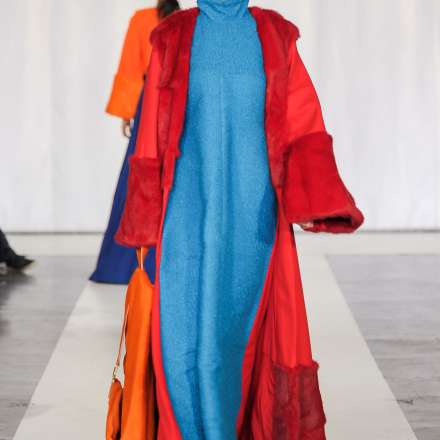 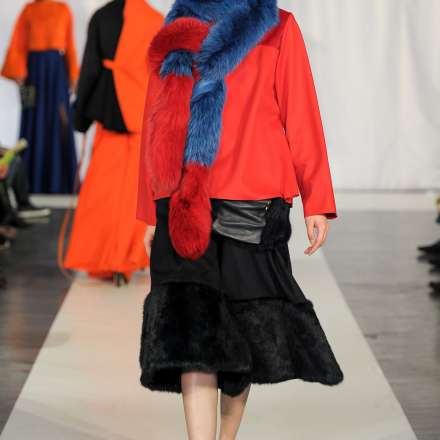 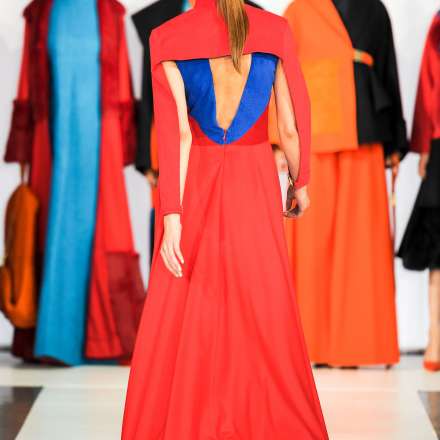