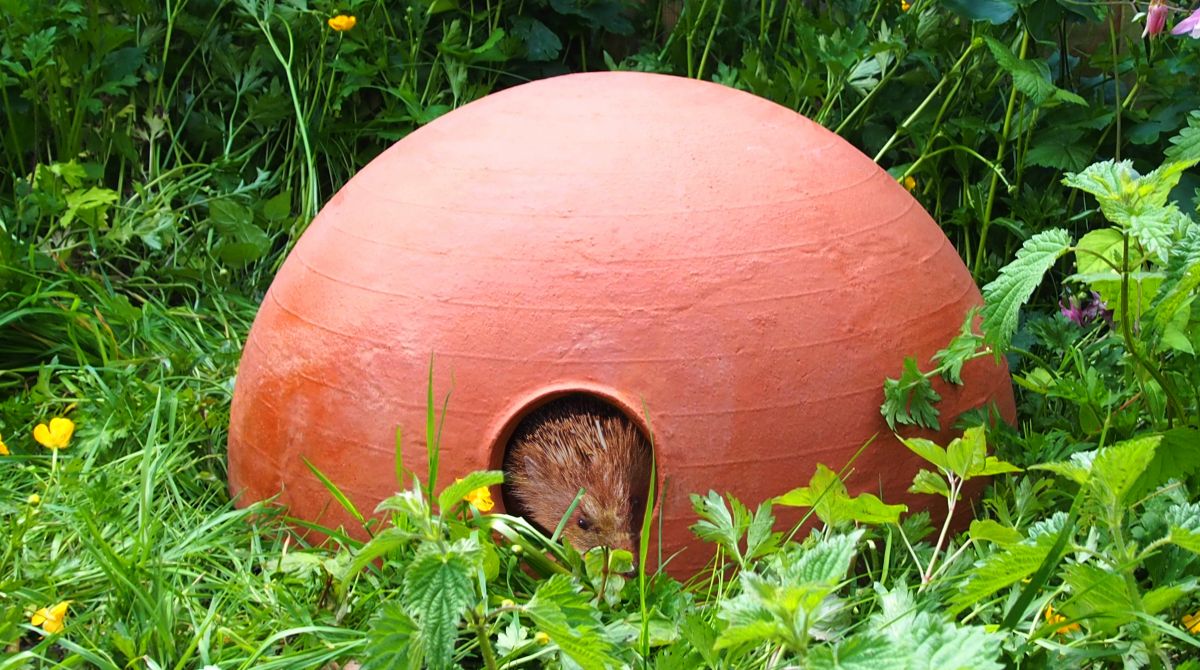 A keen conservationist and up-coming designer has turned her talents to devising a shelter for one of the United Kingdom's most treasured garden inhabitants - the hedgehog. Wildlife enthusiast Antigone Frichot, who has just completed a BA(Hons) in Product and Furniture Design at Kingston University, has come up with the concept for a garden haven light enough for human handling but robust enough to withstand the dogs, badgers and foxes who prey upon the spiny mammals and their young.

Dubbed Hoglodge, Antigone's creation is made of terracotta, which she chose for its insulating properties, and consists of a raised hollow base topped with a floor, a wall and a dome cover. The base has been designed to keep hibernating residents off the cold ground, while the wall deflects wind and blocks predators from gaining entry.

Long regarded as a gardener's friend because they thrive on plant-munching slugs, snails and insects, hedgehogs confront a raft of risks in their natural habitat - many of them man-made. Wildlife experts estimate that the United Kingdom's hedgehog population, which numbered approximately 34 million in the 1950s, has now dropped to only about 1 million. During visits to the London Wildlife Centre and Tiggywinkles, The Wildlife Hospital Trust to complete research for her project, Antigone discovered many perished because they had eaten slug pellets, licked creosote and non-water based wood preservers or made their nests in bonfires. 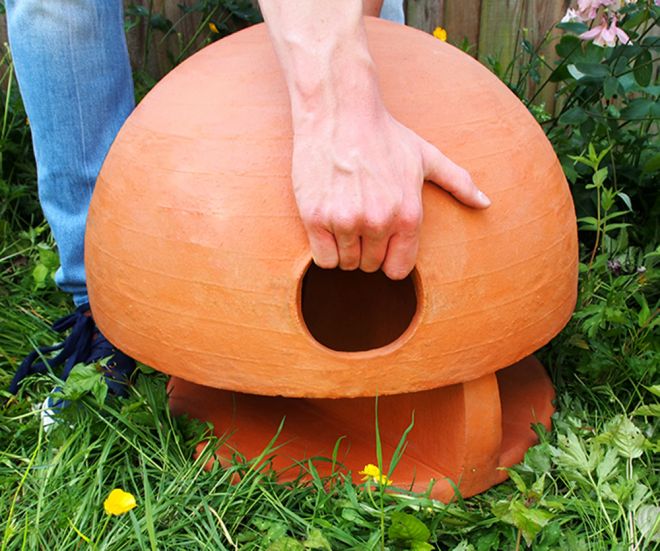 Born and bred in the Seychelles surrounded by lush rainforest, pristine beaches and a range of exotic flora and fauna, 23-year-old Antigone has always been a strong supporter of community-based conservation. She has even been learning about bee-keeping since arriving in the United Kingdom. "I grew up fascinated by creatures in my homeland, such as sea-turtles and giant tortoises, and I think that may have shaped my passion," she explained. "I've been just as intrigued by the wildlife I've learned so much about since I arrived in the United Kingdom to study four years ago. Finding out about the struggle a much-loved species such as the hedgehog faces to survive made me determined to do something practical that might be able to help its plight."

Although still unsure exactly what her future career holds, Antigone hopes it will see her combine the creative skills she has honed at Kingston University's Faculty of Art, Design and Architecture and the lessons she has learned about the British love of animals and wildlife. "I really want to use my product design skills to contribute something to society - especially if it improves the lives of animals and the people who love them," she said.

Course leader for product and furniture design Phillip Davies praised Antigone's insightful and thoroughly-researched approach to the creative process. "Antigone always immerses herself in the world of product users and excels in coming up with innovative solutions to the conundrums of everyday life," he added.