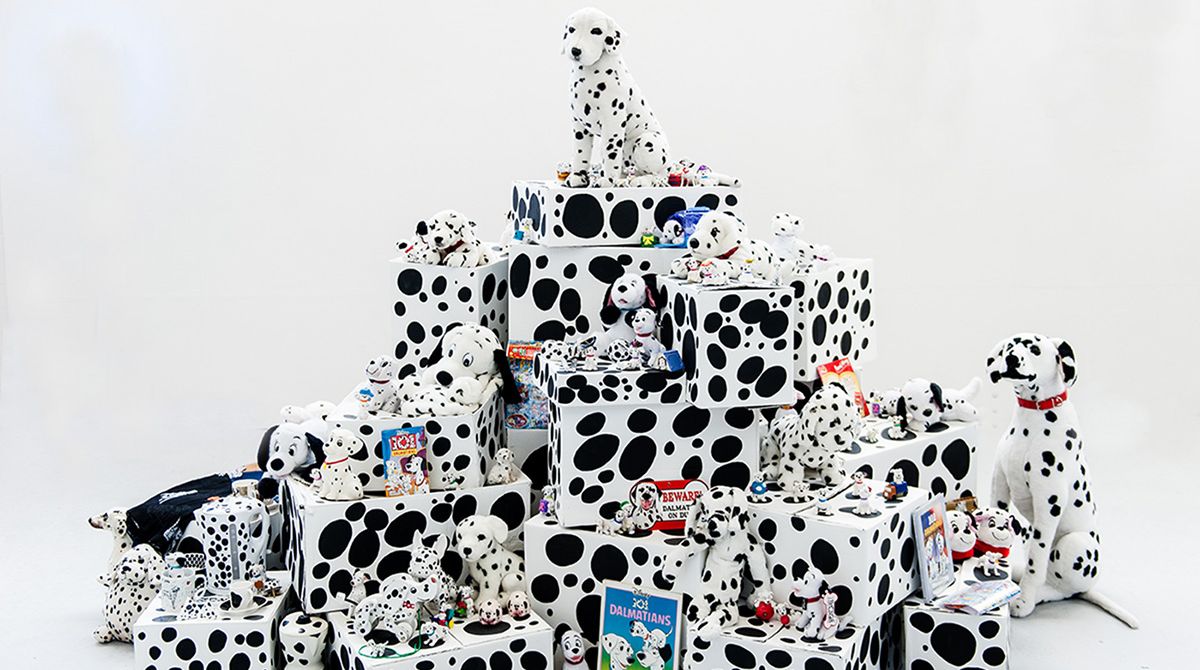 To the uninitiated observer, the latest work from Kingston University fine art student Sophie Filipiuk might simply look like a collection of cuddly canines straight off the set of much-loved children's movie 101 Dalmatians. To its creator, however, there is a far more serious message behind the assembled soft toys, trinkets and spotted objects on which they're perched - her 201-piece installation is an examination of obsession, greed and the often complex world of the hoarder.

Sophie's latest work, called Dal-Nation, has been inspired by Dodie Smith's 1956 children's novel about Dalmatian pups sought after by fur-obsessed fashionista Cruella De Vil, whose rampant addiction drove her to extreme behaviour. Unlike the determined villain, whose antics have sent shockwaves through generations of young bookworms and movie-goers, Sophie didn't resort to kennel-raiding and dog-napping to create her masterpiece though. Instead, her exhibit consists of an array of Dalmatian-themed paraphernalia painstakingly salvaged from car boot sales and charity shops, set atop a decorative display of boxes specially hand-painted with the help of artist friends. 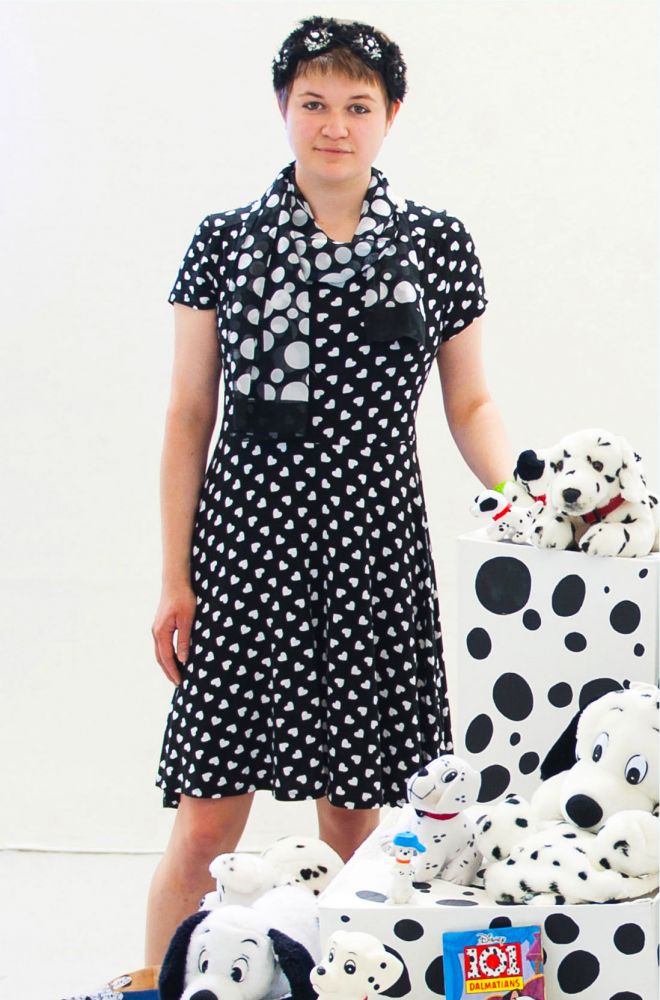 Sophie Filipiuk has used her 101 Dalmatian-themed exhibition to explore the often complex world of the hoarder.Sophie said the project had given her an intriguing opportunity to explore the world of fanatical collectors and the pride they took in the pieces they accumulated. "Hoarders are often portrayed as overly compulsive people who have to tunnel through their junk, but I believe there's actually a fine line between collecting and hoarding," the 22 year old, from Leamington Spa, said. "One man's trash is almost always another man's treasure."

Sophie is adamant hoarders should not be pigeon-holed by society, just because the size of their domestic living arrangements might hinder how their collections can be displayed. "I wanted Dal-Nation to glorify and celebrate the process of accumulating and displaying massive collections," she explained. "My goal was to encourage people to view these often wonderful collections as something other than a slightly outlandish sideshow."

Senior lecturer Stephen Hughes commended Sophie for creating an installation that was visually arresting as well as thought-provoking during the final stages of her degree in fine art at Kingston University's Knights Park campus. "Not only does Dal-Nation ask the spectator to reflect on rampant consumerism, it also explores the relationship between obsession, creativity and art-making," he added.

As for Sophie, she is happy to leave people who view her collection with plenty to ponder. Is she an artist or a collector? An artist who collects? Or someone keen to create order through a monochrome medium? Kitted out head to toe in a black and white outfit to match her exhibit's theme, Sophie surveys her latest work with a mischievous grin and quips: "I'll let them try spot the answer to that."