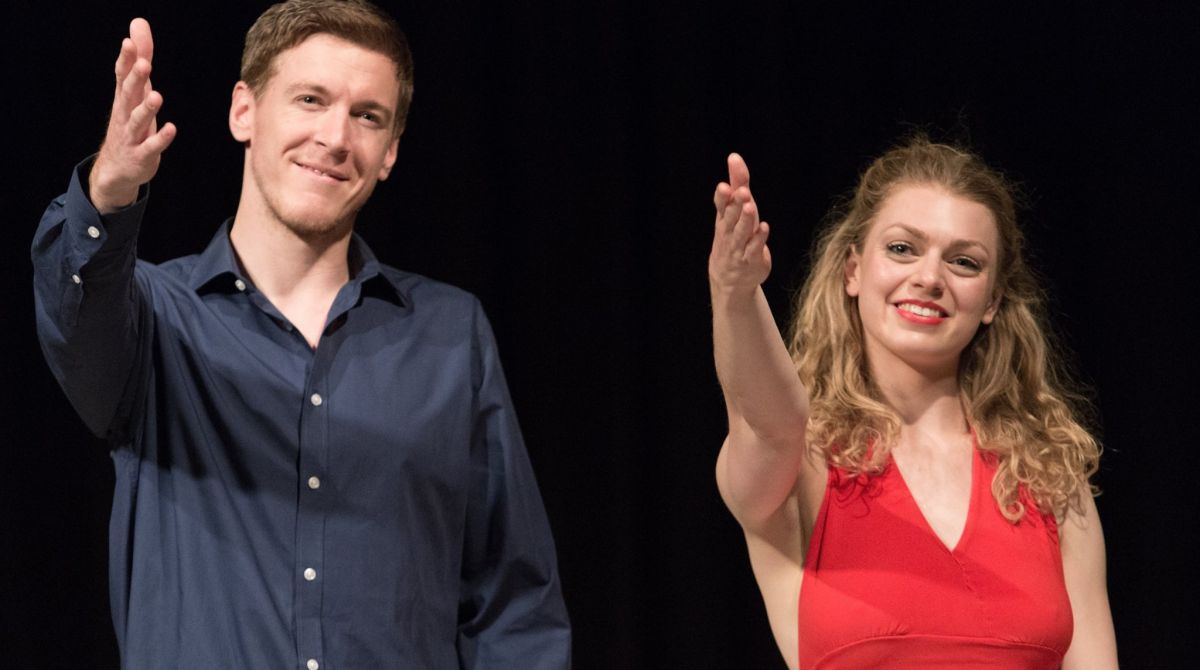 Kingston University student Oliver Horsfall is celebrating this week after receiving a Best in Fest award at the International Youth Arts Festival (IYAF) 2015, beating around 100 other acts and performances.

His play, The Edge, explores ideas of grief and depression, telling the story of a man contemplating suicide at a cliff edge and the woman who attempts to talk him out of it. Writer and director Ollie was excited to see it performed in front of a sold out Friday evening audience. "I was a bit overwhelmed," Ollie said. "I wasn't quite expecting the reaction it got, but the response from our audiences was fantastic. People, including some from Creative Youth, not only complimented my amazing actors (Luke Jasztal and Rebecca Pickering), but also commented on my writing and direction, which is a huge confidence boost."

The Edge is Ollie's writing and directing debut and was originally written as a 15-minute stage play for a course module. "I am interested in exploring what makes us tick as humans and I started to poke at this with The Edge, but 15 minutes didn't give much time to round out the characters. By extending the play, the characters could develop more and I could really examine the subject matter. It's essentially an argument between the depressed side of a person and the uplifting side - two sides of one psyche - but played out by two characters." 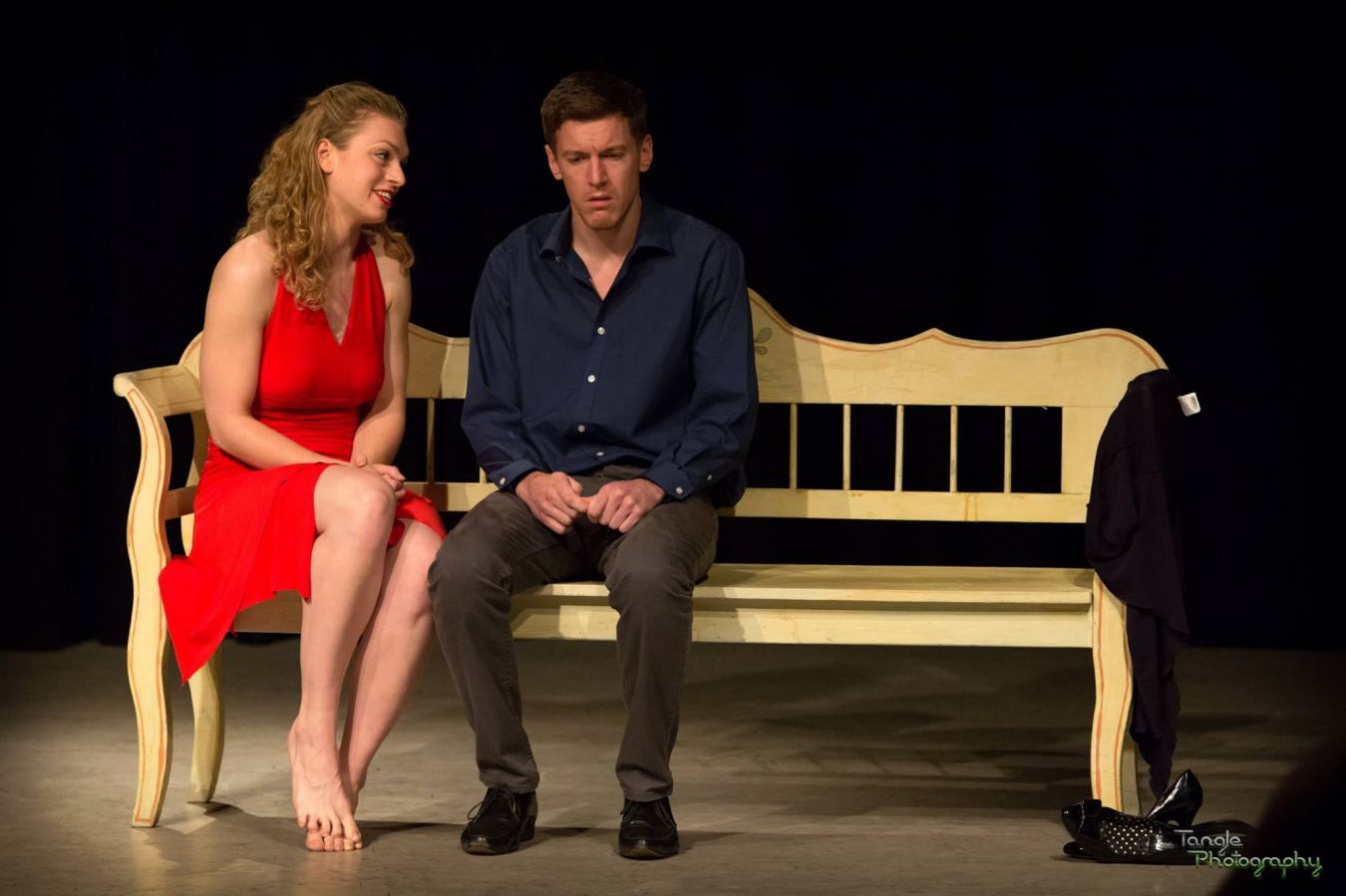 Alex McSweeney, lecturer in the School of Performance and Screen Studies said: "The whole department is very proud of Ollie and his well-deserved win and we look forward to seeing what he produces during his last year of study at Kingston University. It is an achievement for all our students who are selected to perform at IYAF and as a department we support them in any way we can, including funding their application fees."

Ollie has now been asked to show the play to staff and students in the Drama department at the start of the new academic year, and he and his two actors also plan to tour the play around London in the autumn. "It will be part of a double bill. I am currently writing a second short play in which Rebecca and Luke will be playing new characters in story very different to The Edge."
In the longer term, this time next year Ollie will be graduating from his creative writing with drama degree and plans to have his theatre company, DonkeyDrop (a play on his surname), up and running with plays in production.

"Getting the Best in Fest award is really incredible, not only for me, but for my actors too. It's a great thing to have behind you if you're applying for funding or looking for an agent. For me, it's all this and more. While there is a slight element of pressure on me that I always have to continue to live up to this, I'm taking the acknowledgement and using it to encourage and motivate me towards the future. It really feels like the sky is the limit right now."