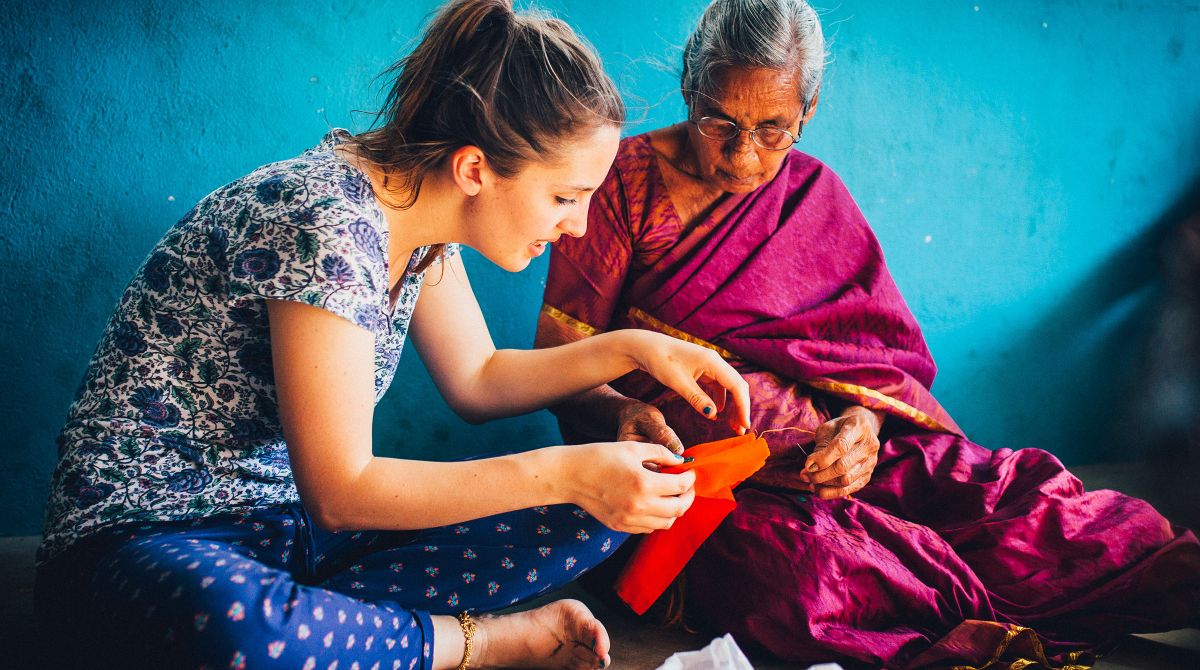 Kingston University students swapped assignments and computers for arts and crafts during a recent volunteering expedition to southern India. The group of 14 students also gave English classes and ran sports days in some of the most deprived suburbs of Chennai and Coimbatore as part of the annual Volunteer in India project backed by the Lebara Foundation.

Global telecommunications, entertainment and money transfer services company Lebara - which positions itself as the universal brand for the world's migrant community - was co-founded by Kingston University engineering graduate Yoganathan Ratheesan. Ratheesan set up the charity wing of the company, the Lebara Foundation, after being touched by the plight of individuals following the 2004 Boxing Day tsunami. It aims to provide housing, health and education for displaced communities around the world. 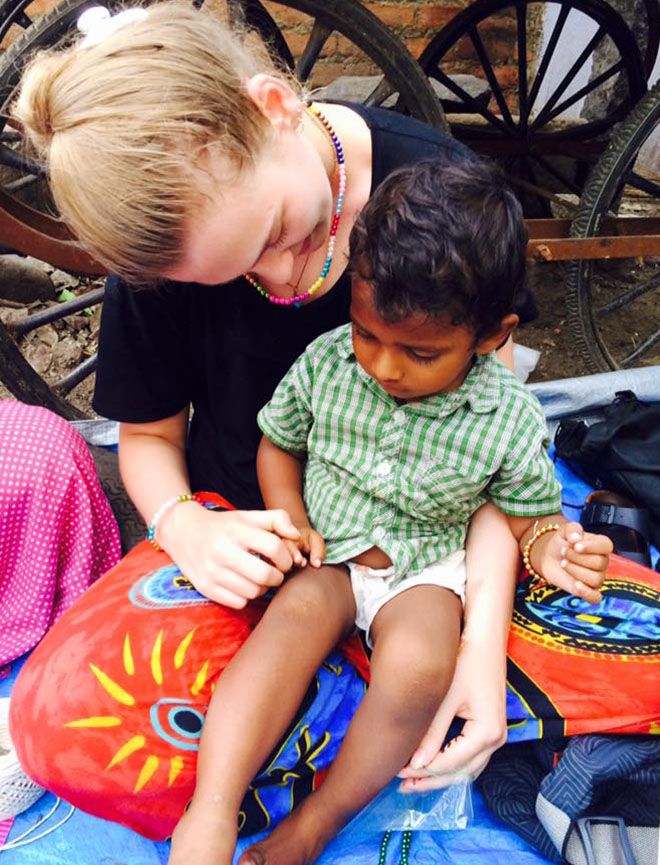 Student volunteer Catherine Green made jewellery with one of the families living in a condemned Chennai beach slum.For the past two years, a party of Kingston University students, accompanied by members of staff, has had the opportunity to go to India to take part in some of the projects run by the Lebara Foundation. Their latest journey saw them work with a group of mothers and children in one of the country's poorest regions. They also visited local hospitals, slums and schools where Lebara undertakes its child development programme.

Catherine Green, a second year human rights, media and communications student, said the trip had opened her eyes to a life and culture completely different from her own. "It's given me the opportunity to experience first-hand the effect a charity can have," she added. "Despite being physically and mentally draining, the field work in the slums has been one of the most rewarding things I have ever done and has strengthened my resolve to improve human rights and equal opportunities for people around the world."

BA(Hons) Primary Teaching student Fatemah Dewji, who is in her final year, said the experience had profoundly affected her. "It's one thing to read about the terrible living conditions over there, but it was something else to see it for myself," she admitted. "Having worked with the children, it's a pleasure to see how amazingly lively and bubbly they are despite growing up in such grinding poverty."

Fatemah was part of a group that ran sessions for mothers and children in some of the small, tribal villages surrounding the town of Coimbatore. "They loved singing and dancing so we taught them games and dances such as Simon Says and the Hokey Cokey which helped to develop their confidence," she said. "The trip has inspired me to use my skills abroad and I'd love to teach overseas in the future."

Sarah Dutton, a volunteering co-ordinator from the Union of Kingston Students who helps run the project with the University's European and Study Abroad Office, said it had been particularly rewarding to see how the project had expanded since its launch. "We've worked closely with the Lebara Foundation to make sure the benefits don't just stop once the students fly home," she said. "Our volunteers have been great ambassadors and it's been a real honour to be so warmly welcomed by the communities we spent time in. I was overwhelmed by the enthusiasm of local people who participated in our student-run workshops."

Lebara Group chairman and chief executive of Yoganathan Ratheesan, who studied aeronautical engineering at the Roehampton Vale campus and was named an Honorary Doctor of Letters by Kingston University in 2012, said he wanted to personally thank  the volunteers for helping to make a difference in India, especially to the lives of vulnerable children. "As well as raising valuable funds, I have no doubt that taking part in the summer school programme equips volunteers with lifelong skills and provides them with many unforgettable memories," he added. 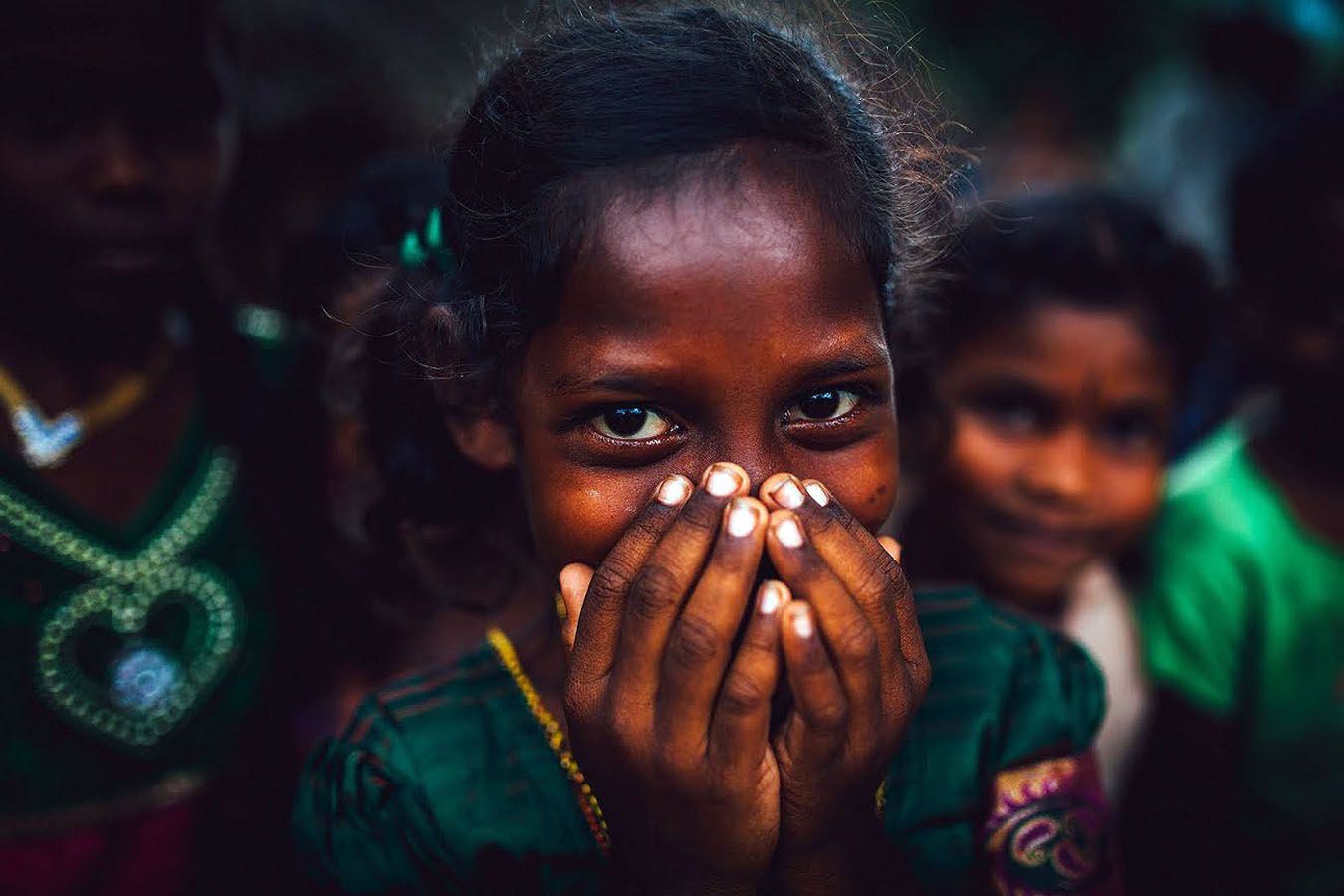 Kingston University students taught English to children in Chennai and Coimbatore during the volunteering trip.