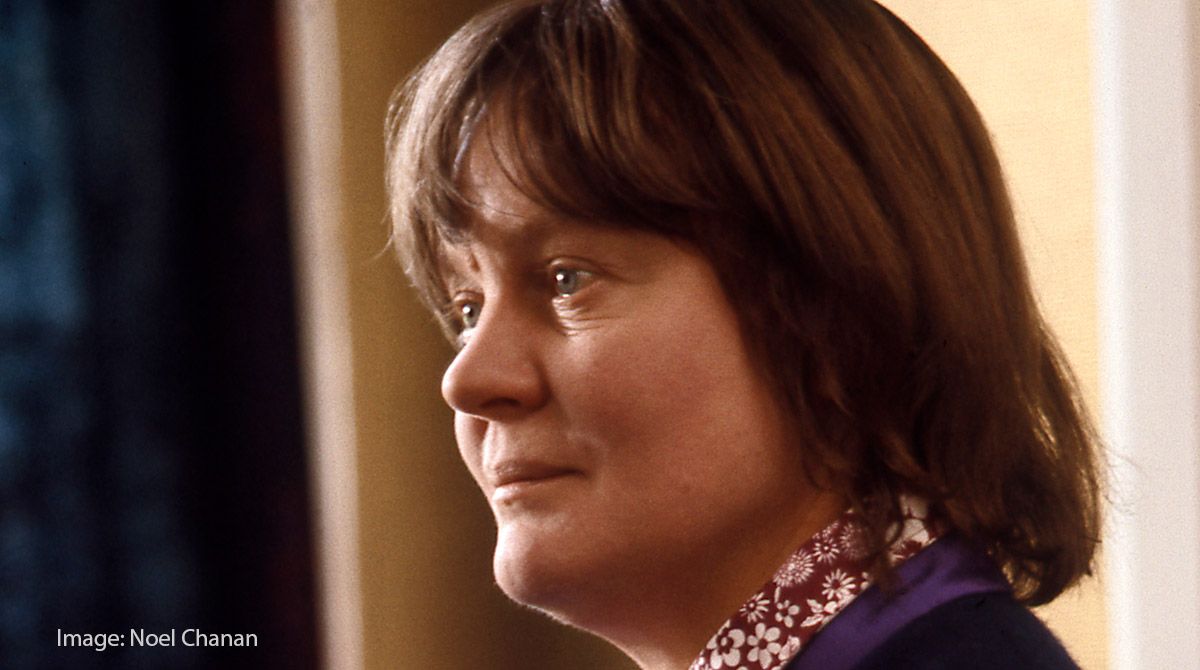 A new collection of previously unpublished letters written by Iris Murdoch gives a fresh insight into the novelist's life, revealing for the first time her struggles with her own sexual identity as well as a sharp sense of humour that was at odds with her reputation as a serious moral philosopher.

Edited by Associate Professor of English Anne Rowe and Emeritus Professor of English Avril Horner at Kingston University London, Living on Paper: Letters from Iris Murdoch 1934-1995 contains the largest collection of Murdoch's letters ever to be published in one volume. It charts her personal and professional life from the age of 15 to four years before her death at 80 after suffering from dementia. The 764 letters featured – only 36 of which have previously been published – uncover the breadth of Murdoch's interests as she voices opinions on a range of topics from politics to pop music.

In a letter written in 1967 to her lover, novelist Brigid Brophy, Murdoch declared that the Beatles should be made joint Poet Laureate and, after seeing photos of the Rolling Stones in 1964, she wrote to Brophy that the band's sexual ambiguity and androgynous appearance appealed to her.

This awareness of sexual ambiguity – or "gender fluidity" – is something Murdoch expresses in her letters to close friends. While her approach to sexual freedom and her open marriage to John Bayley have been documented by others, these newly available letters reveal Murdoch opening up about her frustration at the need to be identified as either male or female.

"She was ahead of her time in terms of gender and lived her life on the edge of what was socially acceptable – it was actually quite risky for that era," Dr Rowe said, noting that this was a period when homosexuality was only just being decriminalised.

"Her letters reveal her feelings of ambiguity towards her own sexuality – she wrote that she was a 'male homosexual in female guise' and didn't like to be labelled as either lesbian or heterosexual. She believed in individual freedom and saw gender as fluid."

Rowe noted how, after now reading Murdoch's letters on these themes, a reader would be able to clearly see them reflected in novels such as The Bell (1958).

Regarded as one of the most significant British writers of the 20th Century, Murdoch published 26 novels between 1954 and 1995, including the Booker prize-winning The Sea, The Sea (1978) and the James Tait Black Memorial prize-winning The Black Prince (1973). Her novels not only expressed her own thoughts and feelings but also borrowed from her friends and associates – a suggestion Murdoch herself had always dismissed.

The letters indicate she did indeed base her characters on people she knew although she always avoided a direct translation on to the page. "Iris Murdoch worked in a much more subtle and complex way. She fractured the characters and mixed them up in her imagination so that no one was recognisable," Professor Horner said. "The letters make this process more evident."

The majority featured in the book come from the Iris Murdoch Archive at Kingston University, which boasts the world's largest collection of Murdoch's private libraries, books, letters and publications.

Dr Rowe, director of the Iris Murdoch Archive Project, and Professor Horner read more than 5,000 letters to make their selection for the book which they intended would bring together all the facets of Murdoch's complex character.

The selection includes many previously unseen letters to well-known literary figures and philosophers such as Raymond Queneau, Michael Oakeshott and Philippa Foot – with whom Murdoch was very intimate. Letters to less well-known individuals, such as old university friends and students at the Royal College of Art, are equally fascinating and illustrate her kindness and immense generosity. However, they also reveal her tendency to become quickly close to, and sometimes obsessive about, certain individuals, suggested Professor Horner.

Dr Rowe noted that many of the letters chosen also reveal Murdoch's humour and irreverence.

"We always heard this dour, serious philosopher's voice but she's actually quite witty," Dr Rowe said. "It's easy to forget that, even though the books are full of serious dialogue and a good deal of suffering, she's also a comic writer and the letters - many of which are very funny - remind us of this."

Living on Paper: Letters from Iris Murdoch 1934-1995 will be published by Chatto and Windus on 5 November and has been selected as Radio 4's Book of the Week later that month.