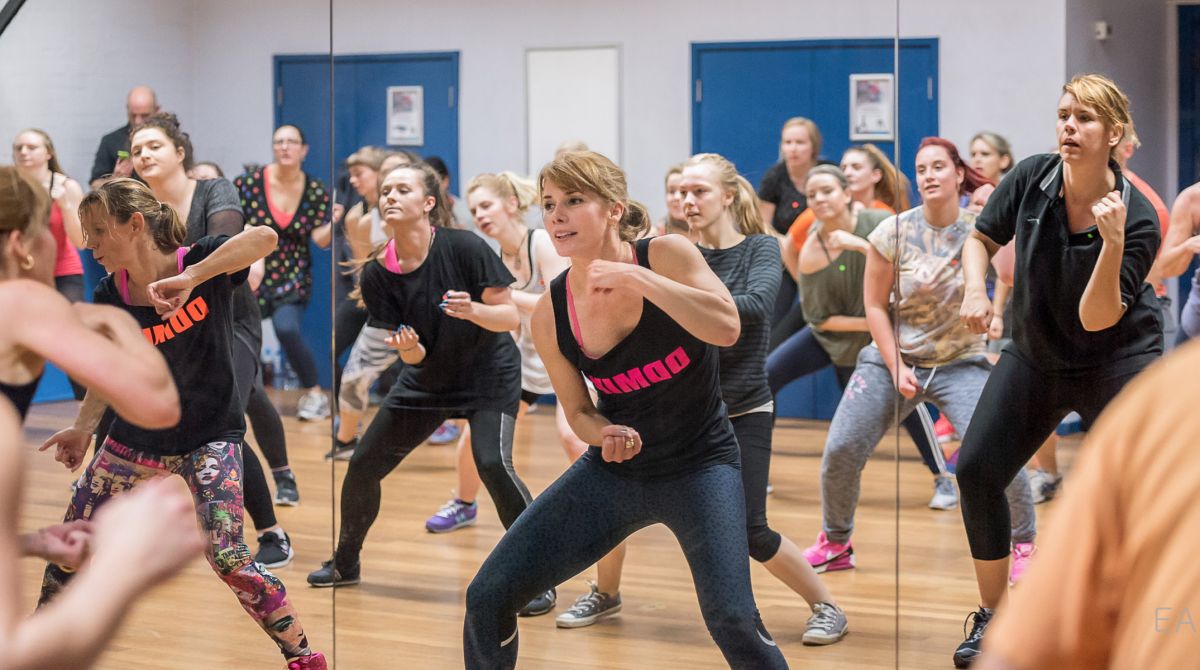 Students and staff have had a chance to master their moves under the watchful eye of former prima ballerina and Strictly Come Dancing judge Darcey Bussell when she visited Kingston University to launch a new health and fitness programme. The star, who first leapt into the public spotlight when she became a principal dancer at The Royal Ballet at just 20 years old, took centre stage at the University's Penrhyn Road campus, leading an hour-long session of her new dance-based workout class, DDMIX (Diverse Dance Mix).

At the event, attended by University staff, students and borough residents, Bussell spoke of her passion for encouraging young people to get involved in activities that were both enjoyable and energetic. "In my profession I've always loved being around young people. They're full of energy and want to learn – and that inspires me," she said. "I've loved dance all my life and want to share that passion with the public. It's not about being an expert at dance. It's about the positive feeling it gives people."

Kingston University has secured funding from Sportivate – a Sport England project to engage young people in sport – to run an eight-week programme of Bussell's aerobic workout, which combines different dance styles including Flamenco, disco, and Bollywood. The activity is part of the University's contribution to Sport England's This Girl Can campaign to get more women involved in physical activity, after research revealed two million fewer women than men play sport or work out on a regular basis. 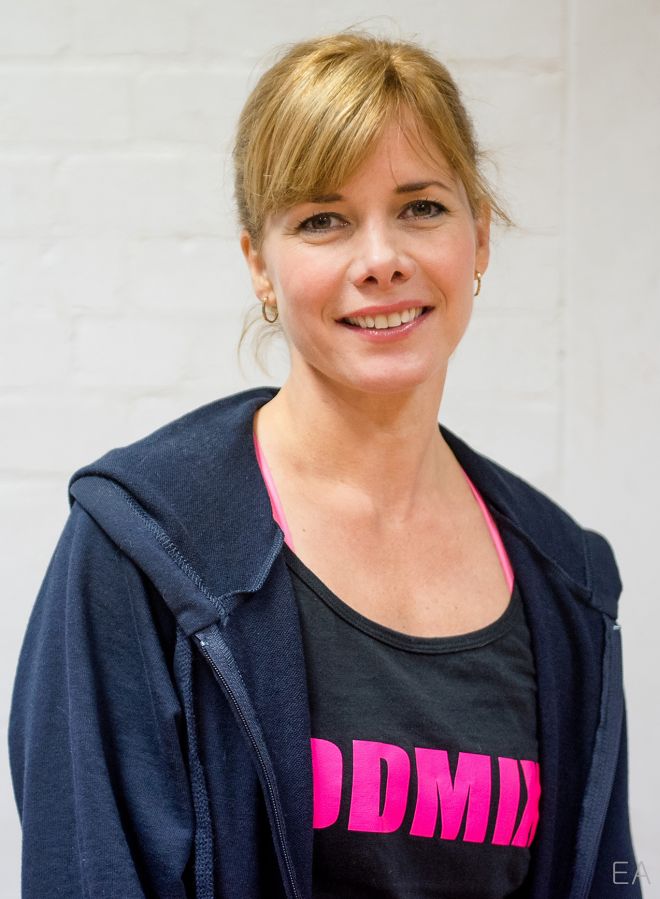 Former ballerina Darcey Bussell shared her passion for health and fitness during an hour-long dance class at Kingston University.Backing the campaign, Bussell – principal dancer at the Royal Ballet from 1989 until her retirement in 2007 – told how, as a mother of two young girls, she understood the importance of reducing the gender gap in regular sport and exercise. "I don't want my daughters to just sit in front of a computer but to keep fit, healthy and inspired to get up and go," she said. "My biggest passion is working with young people, both in schools and elsewhere. When they get the opportunity to experience something like dance first hand, that's when they fall in love with it.

"The same applies with university students. They study so hard and physical activity can be a great way to release tension and help increase concentration levels."

Bussell is currently appearing on the nation's television screens as a judge on BBC 1's Strictly Come Dancing, now in its thirteenth series. She revealed that, while she loves being part of the hit show, she would much rather be dazzling the panel with her moves. "I'd much prefer to be a professional having fun on the dance floor but it's a privilege to be part of the show in any capacity, and it assists so many other things I love to do," she said.  "As soon as I stopped dancing professionally I knew I had to keep moving because I was missing something – it wasn't just being fit, but being motivated. Activity and movement inspire me to do other things and I know that's true for other people too."

Kingston University's Sports Development Manager Jo Heath said having someone as high profile as Darcey Bussell visit the University's fitness centre was extremely motivational for both students and staff. "Events like this really help encourage people to try something new," she said. "I overheard one woman taking part say it was her first time inside a gym and she would definitely come back. That's ultimately what it's all about for me – knowing that we are changing lifestyles for the better."

The initial programme of hour-long classes, taught by DDMIX instructor Adele Sainsbury, runs at Kingston University's fitness centre on Mondays from 1pm to 2pm until 30 November. Classes are open to students, staff and members of the local community. To book a place call 020 8417 2414. 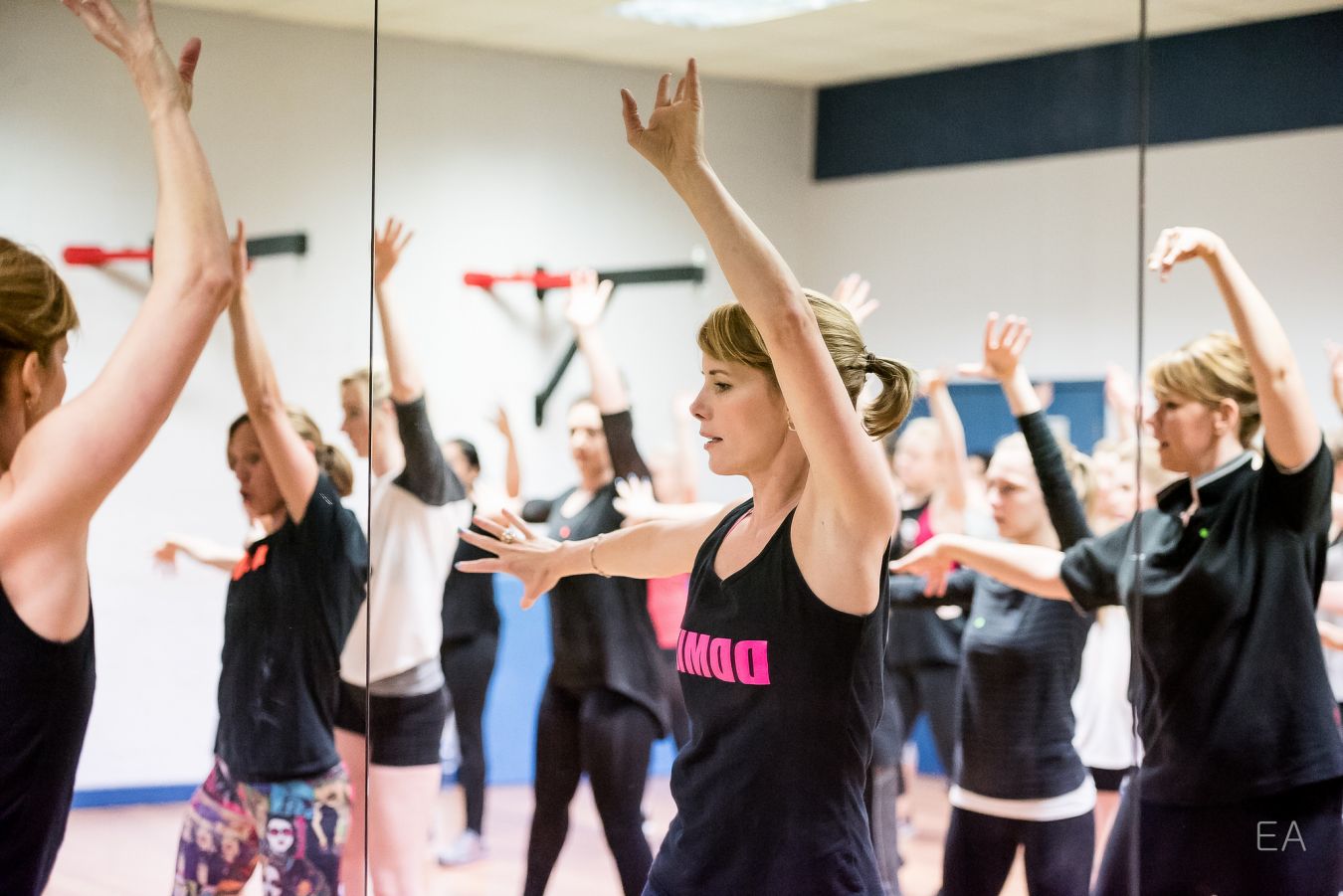 Darcey Bussell took a break from her Strictly Come Dancing judging duties to put Kingston University students through their paces during an hour-long dance aerobic workout.