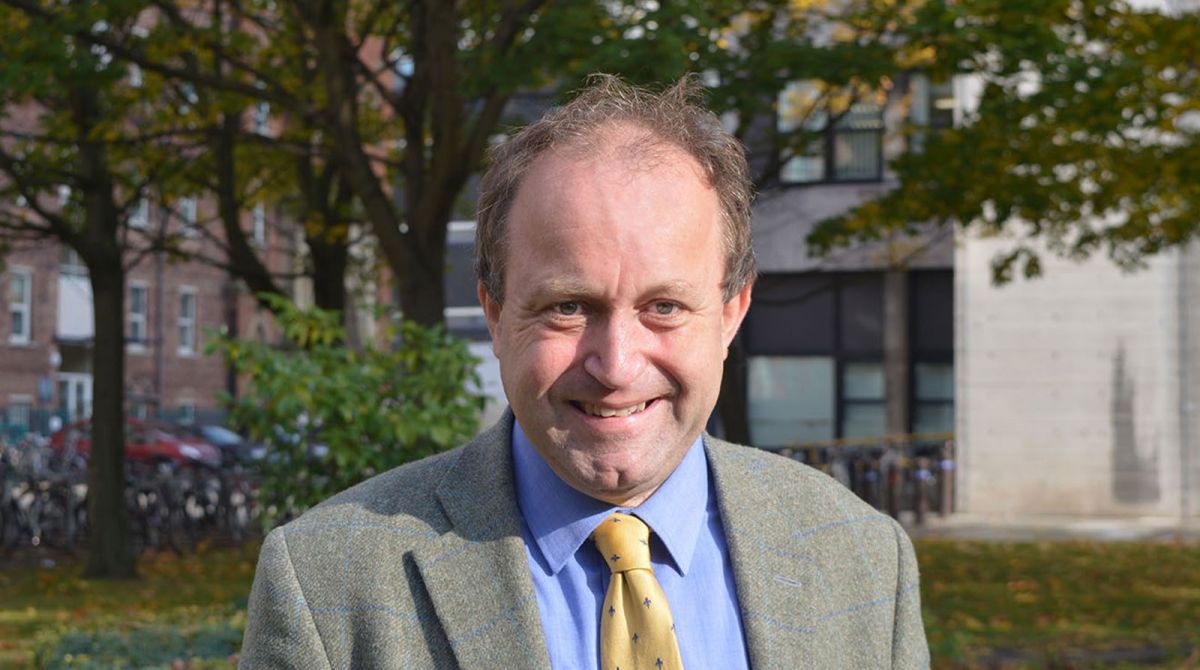 Developing innovative links with industry would be key to ensuring future graduates had the toolkit of skills to succeed in a workplace increasingly demanding versatility and flexibility, according to Kingston University's newly-appointed Dean of Science, Engineering and Computing.

Speaking ahead of taking the helm at the Faculty in January, Professor Mike Sutcliffe said it had never been more vital for universities to build strong partnerships both with large firms and small enterprises. This was crucial to ensuring students gained the breadth of experience to begin their careers at the cutting edge of developments in science, engineering and technology.

"To my mind, it's about giving students the toolkit, rather than the knowledge – which is a bit of a reversal on what's been done traditionally," Professor Sutcliffe said. "We need to understand what will make our graduates distinct and reverse-engineer a programme to deliver that. People these days have got portfolio careers and by building partnerships – ­through placements, internships and bringing people from industry into the University – we can make sure we provide them with that all-important springboard to success."

Professor Sutcliffe, who is currently Head of the School of Chemical Engineering and Analytical Science at The University of Manchester, said Kingston University's commitment to social mobility, its role at the heart of its community in south west London and potential to be a leading modern university had all been factors in attracting him to his new role. "Becoming Dean of Science, Engineering and Computing at Kingston University is a tremendous honour and privilege," he said.  "I look forward to working with the Faculty to meet the exciting challenges ahead – nurturing a vibrant and welcoming environment in which students' aspirations are realised."

Setting out his plans for the future, Professor Sutcliffe said he wanted to develop a supportive culture in which people were encouraged to come up with new ideas. He also highlighted the importance of creating the right environment on campus to give students the highest quality practical, laboratory-based experience. "Some parts of the sector are moving more to a modelling, computer-based approach to education, but I think it's important we keep that hands-on side of education as a key part of the curriculum," he said. "After all, engineering and science are about being practical and turning out practitioners."

Speaking of the challenges in store, he cautioned that the United Kingdom risked losing its historic international lead if the Government failed to earmark more money for research and development. "There needs to be more investment – if it keeps being whittled away as it is now, we're going to lose that competitive edge and then it's going to be nigh on impossible to get it back," he said. "Universities need to be looking at diversifying income streams, but through appropriate partnerships that add value. It's something that should be happening anyway, but it's being catalysed by current under-investment right at the top."

A respected academic, who has previously held roles in biochemistry and chemistry at Oxford and Leicester Universities, Professor Sutcliffe's research interests lie in studying how proteins work. He spearheaded the creation of a single voice for the academic chemical engineering community and was founding chair of Heads of Chemical Engineering UK. While at The University of Manchester he led on establishing a framework agreement with Unilever – the company's broadest collaboration with any university – and a technology partnership with Siemens. He was also responsible for steering The University of Manchester's School of Chemical Engineering and Analytical Science into the top three in the United Kingdom for research quality, with more than 90 per cent of its output recognised as world-leading or internationally excellent.

Vice-Chancellor Professor Julius Weinberg said it was an enormous coup for Kingston University to have attracted someone of Professor Sutcliffe's calibre and vision to its senior management team. "Mike Sutcliffe brings a strong commitment to excellence in teaching and the importance of diversity, with an impressive personal track record of achievement in research and research leadership," he added.