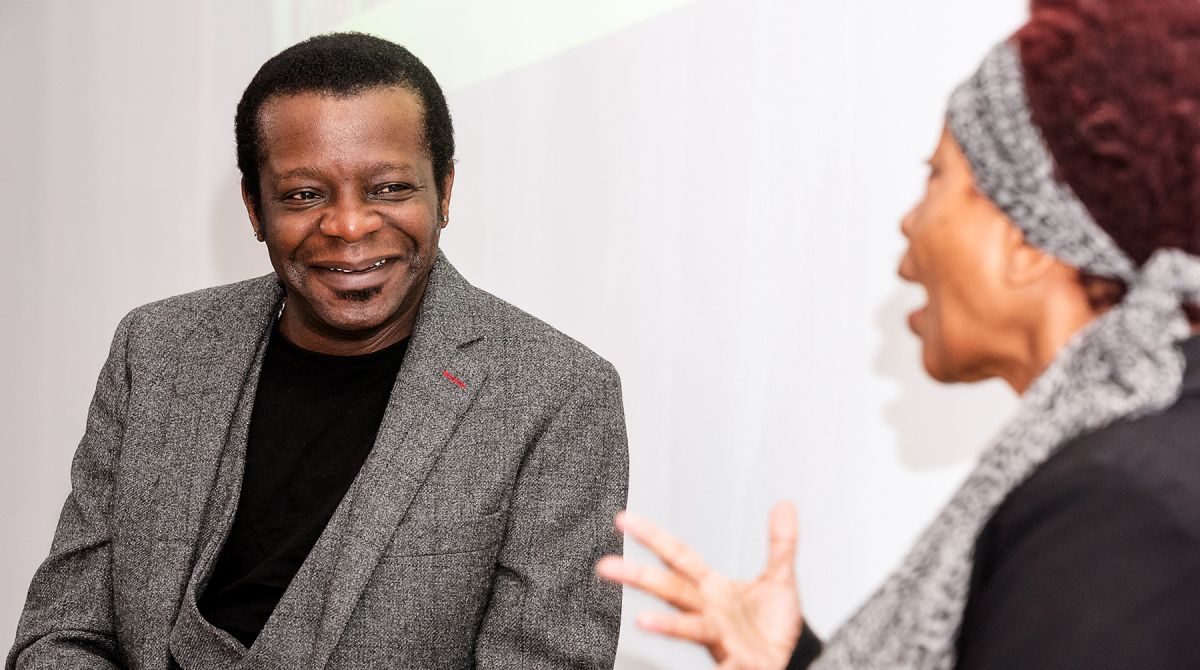 Aspiring entertainers and prospective media moguls have been given an insight into the industry from well-known comedian and broadcaster Stephen K Amos after he visited Kingston University to discuss his life, struggles and successes with University Chancellor Bonnie Greer.

The question and answer session was the highlight of the 2015 Media Summit, organised by the University's careers and employability team KU Talent. The annual event, which draws representatives from key organisations across the sector, is aimed at students on media-related degrees and those with an interest in careers in the wider field.

Award-winning playwright, novelist and critic Ms Greer, whose frequent broadcast appearances have made her a firm fixture on the current media landscape, quizzed Mr Amos about his background and how he got in to the business. Through amusing, and often poignant, anecdotes, he spoke of his childhood as one of eight siblings born to Nigerian parents who, he said, had firmly believed in the power of education. He told the audience that one of his abiding memories of his father was of him saying: "If you get a good education, no one can take that away from you".  His parents' encouragement had initially steered him towards a law degree, although his passion had always been in comedy and performing. 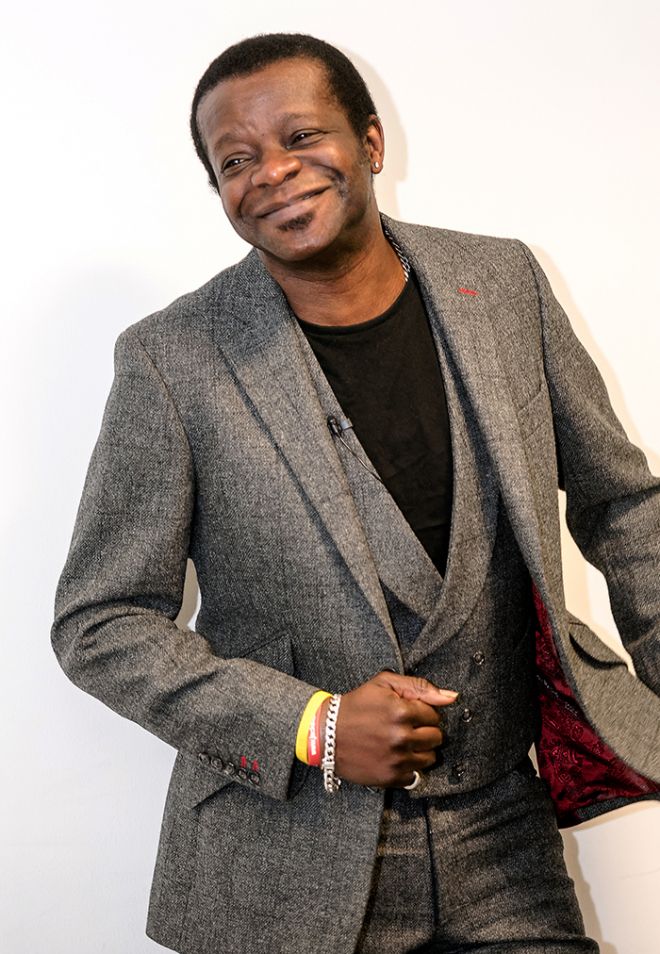 Stephen K Amos discussed how the media world is changing at the annual careers event held by KU Talent."Growing up, the people on TV just didn't represent me," he said, speaking of an era in which his father would call the entire family in to the living room on the rare occasion a black person appeared on television. Despite this, Mr Amos told the audience he remained optimistic about the future of the entertainment business. "The people with power who can provide newcomers with opportunities are different," he said. "Now they are people like you and me and, even though there are still obstacles, they're beginning to tumble down."

Not only were the people in charge changing, Mr Amos said, but the ways in which media could be created and shared were also altering hugely. While not personally a big fan of social media, he acknowledged the importance of the internet. "Where would we be without it? We'd have to buy our own cats, and watch them fall off ledges in our own homes," he joked.

Reflecting on what had been the catalyst for his media career, Mr Amos revealed that a successful first gig had given him an early boost but he had floundered during his second routine. "The first time I did stand up, I invited all my friends and they were howling with laughter, which gave me a false sense of achievement," he admitted. His second attempt, with fewer friendly faces among the crowd, had fallen flat, however. "I had to find out how to translate my comedy to people who didn't know me and figure out what my friends could see that others couldn't," he added.

Mr Amos praised the opportunity the media summit offered students, adding that he wished someone had come and spoken to him at college about the options open to him. With a line up of previous speakers that includes the likes of Sir Trevor McDonald, Krishnan Guru-Murthy and Music of Black Origin CEO Kanya King, the annual event allows students to take advantage of industry-led employability workshops ranging from topics such as LinkedIn and careers in film and television through to forensic media and legal reporting.

Mr Amos revealed his own tip for success in the workplace was to make connections and let people get to know you. "Have a voice that's clear," he urged the audience. "Every one of us has a story to tell - it's just about how we tell that story. You are the future and it's in your hands. Take the baton of life and run with it - there's nothing you can't do."

University Chancellor Ms Greer was quick to agree. "Build your brand," she advised the assembled students. "You need to come out of university knowing ‘you', because ‘you' have never existed before in the business."

Comic and broadcaster Stephen K Amos spoke to students about his childhood and career at Kingston University's 2015 Media Summit.