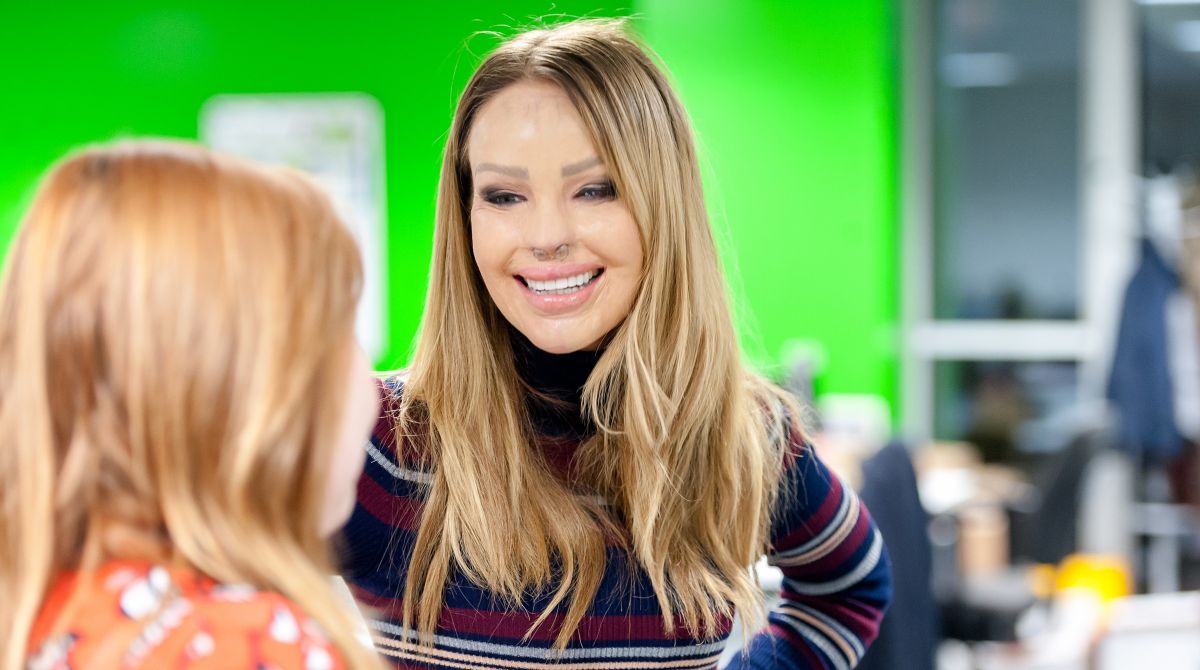 Acid attack survivor Katie Piper revealed how she has learned to love the scars that saved her life during a moving talk at Kingston University. Addressing an audience of more than 200 students, the television presenter and charity campaigner opened up about having to rebuild her life after the horrific 2008 attack in north London, when she had sulphuric acid thrown in her face leaving her in need of pioneering surgery.

During the event, organised by the University's careers and employability team KU Talent, the 32 year old spoke passionately about how people who were disabled or disfigured in some way shouldn't feel limited and, with the right support network, could go on to achieve everything they wanted from life.

Ms Piper explained how she managed to hold on to hope despite having her identity "literally burned away". "This is not a story of misery. As horrendous as it sounds, this is actually a story about how strong the human mind can really be when using the power of positive thinking," Ms Piper said. "For me, I have now accepted my injuries. A scar on somebody's body means they've survived something and I'm proud to say I'm a survivor."

In a wide-ranging talk, the Channel 4 presenter, originally from Andover, Hampshire, spoke about the effect the attack and lengthy recovery has had on her family. She also talked about the difficulties of dealing with abuse in the street from strangers because of how she looked and the healing experience of forming her charity, the Katie Piper Foundation, which supports those who have suffered severe burns and scars. 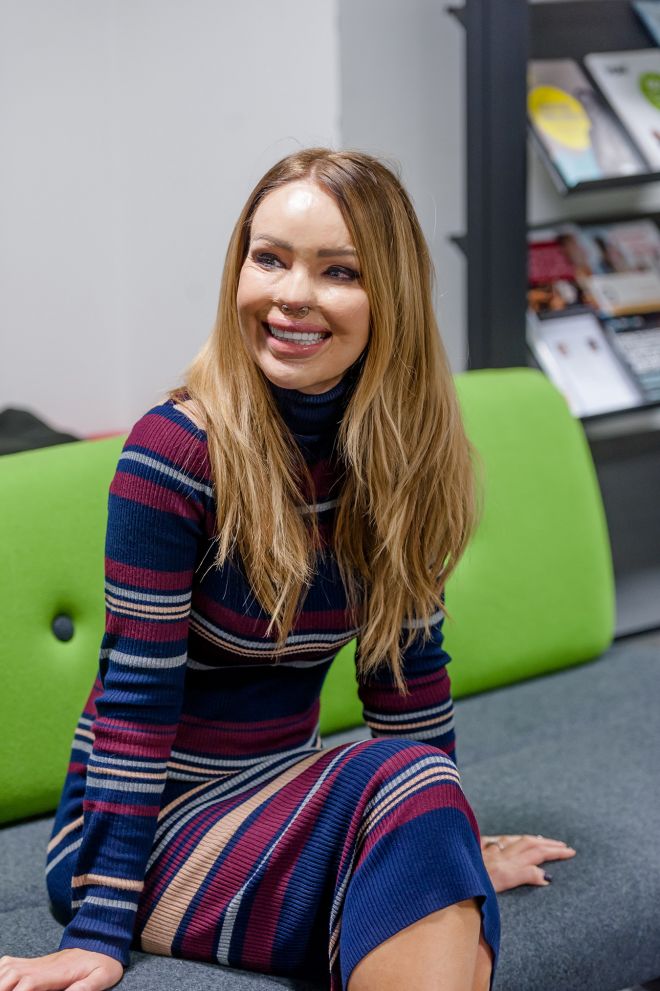 Katie Piper spoke of how disabilities and disfigurements shouldn't hold people back during a visit to Kingston University"You don't have to fit into a narrow-minded description or have limitations placed on your life. With the right support structure you can move forward – be a CEO, a leader, be attractive, get married, be a parent," she told the captivated audience at the University's Penrhyn Road campus.

Ms Piper urged students not to get caught up in envying what others have, but instead encouraged them to focus on their own lives. "It's so easy for our generation, with Facebook, Instagram and Twitter, to look at other people's lives and think ‘I want that'," she said. "But if I'm always looking for what someone else has got, I'm never going to be happy."

Ms Piper, who became a mother for the first time to daughter Belle earlier this year, also spoke of how she had started putting her anger and fears down on paper as a coping mechanism on the advice of a psychologist – filling journals with her thoughts and experiences. This writing formed the basis of her first autobiography, Beautiful. She has now forged a successful career presenting documentaries for Channel 4 and has penned a second autobiography and two self-help books. "Self-help isn't about ‘here's the answer to it all and it will be okay'," she said. "Life changes are exactly that – we have to adapt and sometimes it's about creating a new life rather than trying to get the old one back."

Taking questions from the audience, Ms Piper explained to one student how waiving her right to anonymity to share her story had helped her reclaim her identity and gain acceptance from strangers – something she credited as an important part of embracing her new life.

She spoke of her hopes that her messages would resonate with those in the audience. "Being a student is a turning point in your life – you're thinking about your future so it's definitely really relevant to the messages in my story," she said. "It's so important that while you're at university you grasp everything available to you with both hands."

Following the event students took to twitter using the hashtag #KatieatKU to express how much her talk had inspired them. "@KatiePiper­_ is such an inspirational woman, I'm literally left in awe after listening to her tell her story," posted second year English Literature BA student Ella McAulay while first year nursing student Claire Mulligan wrote: "@KatiePiper_ was amazing at Kingston. So inspiring and reminds me of why I want to be a nurse."

The University's talent development and employability manager, Tonia Galati, said hearing from someone in the public eye who had overcome enormous challenges to transform her life was an ideal way to help raise students' aspirations and open their eyes to the possibilities of what they could achieve. "Katie proved an incredibly engaging speaker, demonstrating how, with dignity, courage and determination, it had been possible to turn a traumatic, life-changing event into a story of hope and positivity," she added. 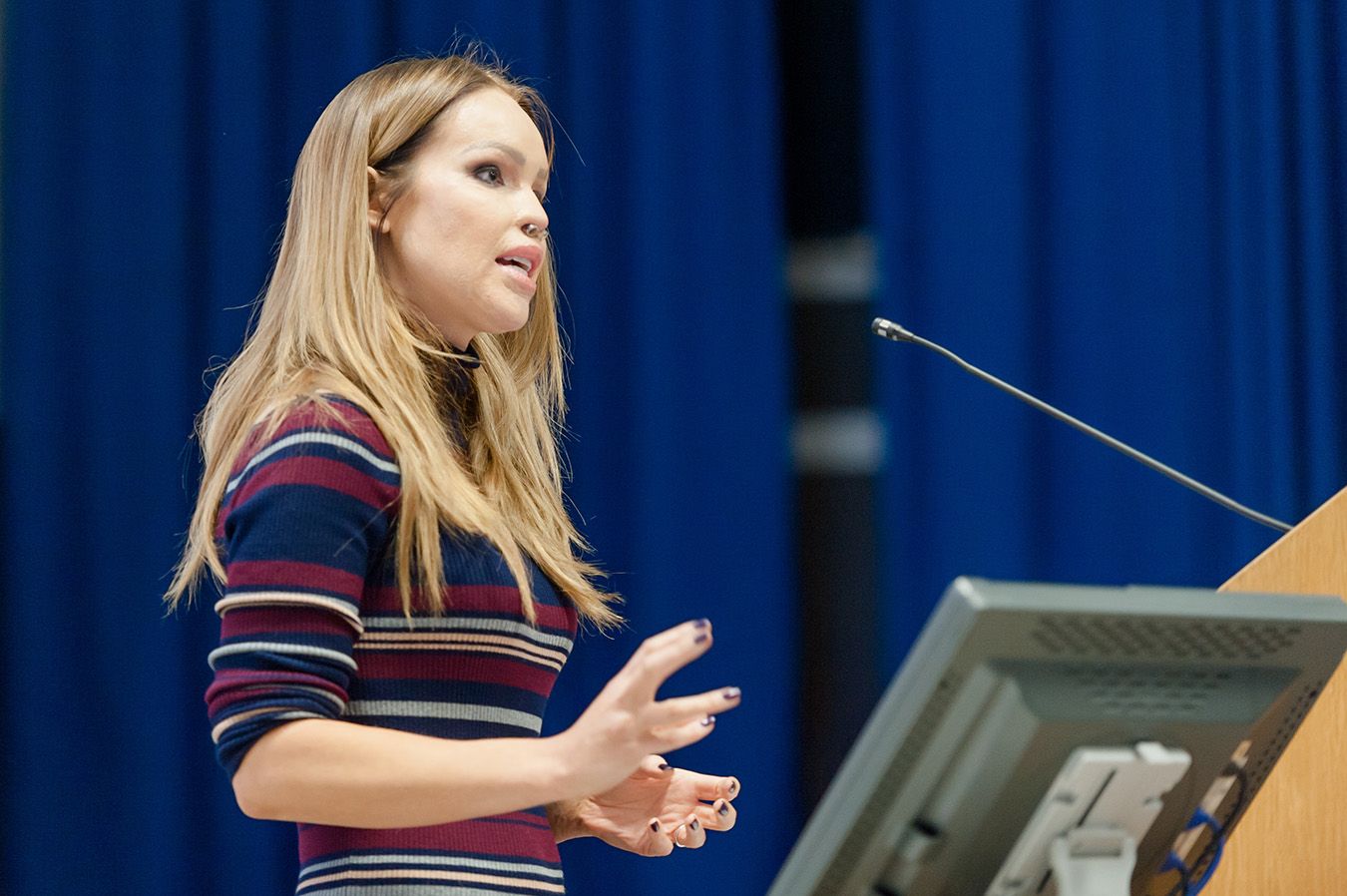