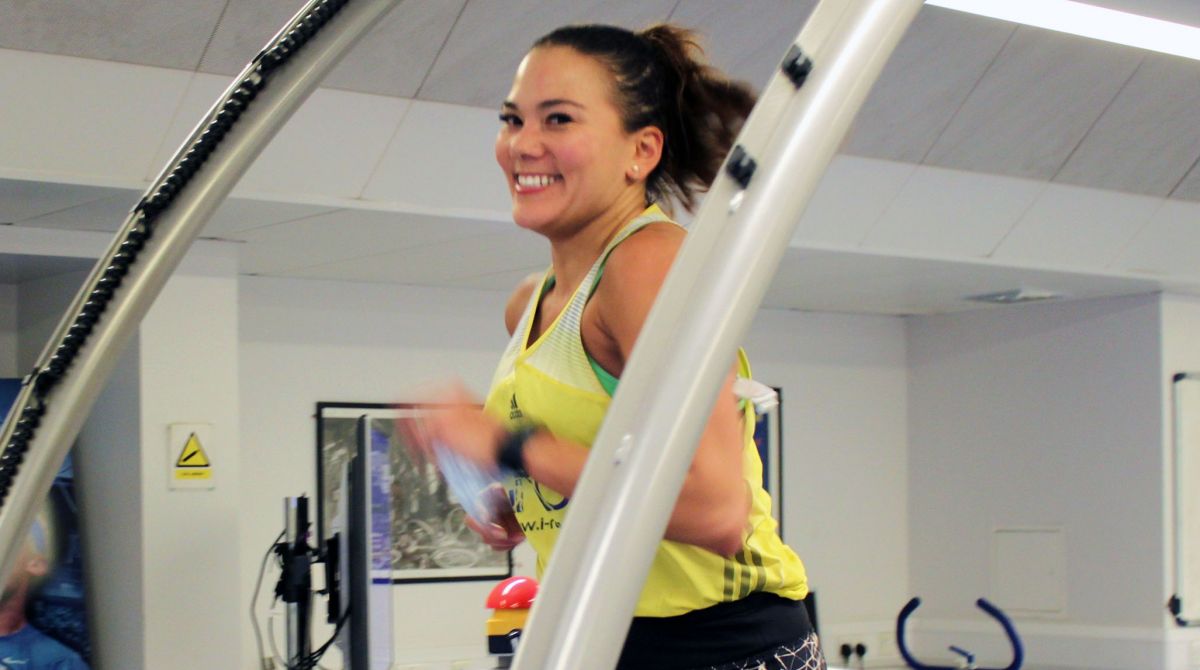 Ultra runner Susie Chan has set a new 12-hour treadmill world record with the support of sport science and exercise experts from Kingston University. The 40 year old, from Farnham, Surrey, ran a total distance of 68.54 miles (110.3km) in 12 hours in the human performance laboratory at the University's Penrhyn Road campus on Saturday - beating the previous women's record for the same time period of 66.79 miles.

The record attempt was supervised by senior lecturer in health, exercise and physiology Dr Hannah Moir and technician Chris Howe, along with a team of 10 sport science and nutrition students acting as timekeepers and witnesses.

During the challenge, a live stream beamed from the University on YouTube had more than 3,000 views, while hundreds of messages of support tweeted to Chan using the hashtag #susieWRrun were projected on to a screen in front of the treadmill to give her an extra boost. One of the first to congratulate the ultra runner on her achievement was British marathon world record holder Paula Radcliffe, who tweeted: "I've never watched someone run on a treadmill on my computer until now - @Susie__Chan you got me! Congrats on your new world record!". 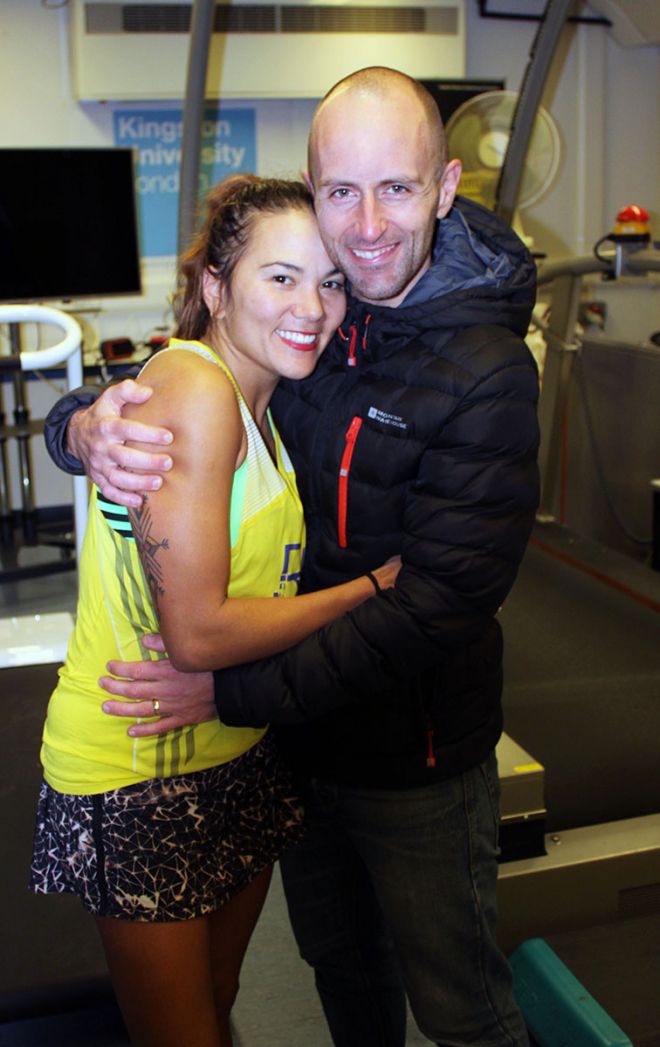 New world record holder Susie Chan celebrates her achievement with husband Shaun Marsden at Kingston University.Other fans sending their support during the attempt included Toni Wade, who wrote "Can I be @Susie__Chan when I grow up please? What a machine!", while Peter Brownlee posted "Amazing performance from a true athlete". Chan was also backed by television presenter Andi Peters and BBC Eggheads star CJ de Mooi, as well as other ultra runners who followed her progress throughout the day.

After celebrating her treadmill triumph with friends and family, Chan spoke of a "wonderful sense of achievement" and paid tribute to everyone who had been behind her. "I'm feeling absolutely exhausted but elated - the support made such a huge difference," the mother-of-one, who only took up running five years ago when she completed a half-marathon with her brother, said. "I would never have got there were it not for the team at Kingston University - I couldn't let them down."

The athlete's links with the University came about after she participated in a research study being conducted by Mr Howe examining the physical and psychological effects of endurance running on those who take part in such events. The physiology technician and PhD researcher said: "We worked with Susie and her husband, Shaun Marsden, last year and it has been a real coup that she has gone on to choose Kingston University to host her successful world record attempt."

Ultra endurance running - generally classed as any distance over the traditional marathon - has become increasingly popular during the past few years, with a large rise in the number of races and events. "Using a multi-disciplinary approach, we're now looking at the factors that make an ultra-distance runner, how their bodies adapt over time and what pushes them to do it," Mr Howe said.

Helping Chan set a new 12-hour women's treadmill world record had been incredibly rewarding, Dr Moir said. "Susie's achievement showcases the importance of top athletes having access to research expertise and state-of-the-art facilities, such as those we have on offer at Kingston University," she added. "It's also a tremendous way for our students to enhance their learning by being involved in such a high-profile activity."

Chan beat the previous unofficial 12-hour women's record, of 66.79 miles (107.49km) set by Kristina Paltén on 7 February 2013, as well as the current official Guinness World Records holder Dee Boland, who set a distance of 60.26 miles (96.98km) in October last year. Her distance of 68.54 miles will remain an unofficial record until she receives verification from Guinness World Records.

The ultra runner is the latest in a long list of top-achieving athletes to have made use of the high performance facilities and academic expertise available at Kingston University's Faculty of Science, Engineering and Computing. Last year, the University provided heat acclimation support to almost 25 athletes training to compete in the Marathon des Sables, including explorer and adventurer Sir Ranulph Fiennes. The annual footrace, which Chan herself has completed twice, sees those taking part run a total of six marathons over six days in the Sahara Desert, enduring temperatures of up to 50°C. 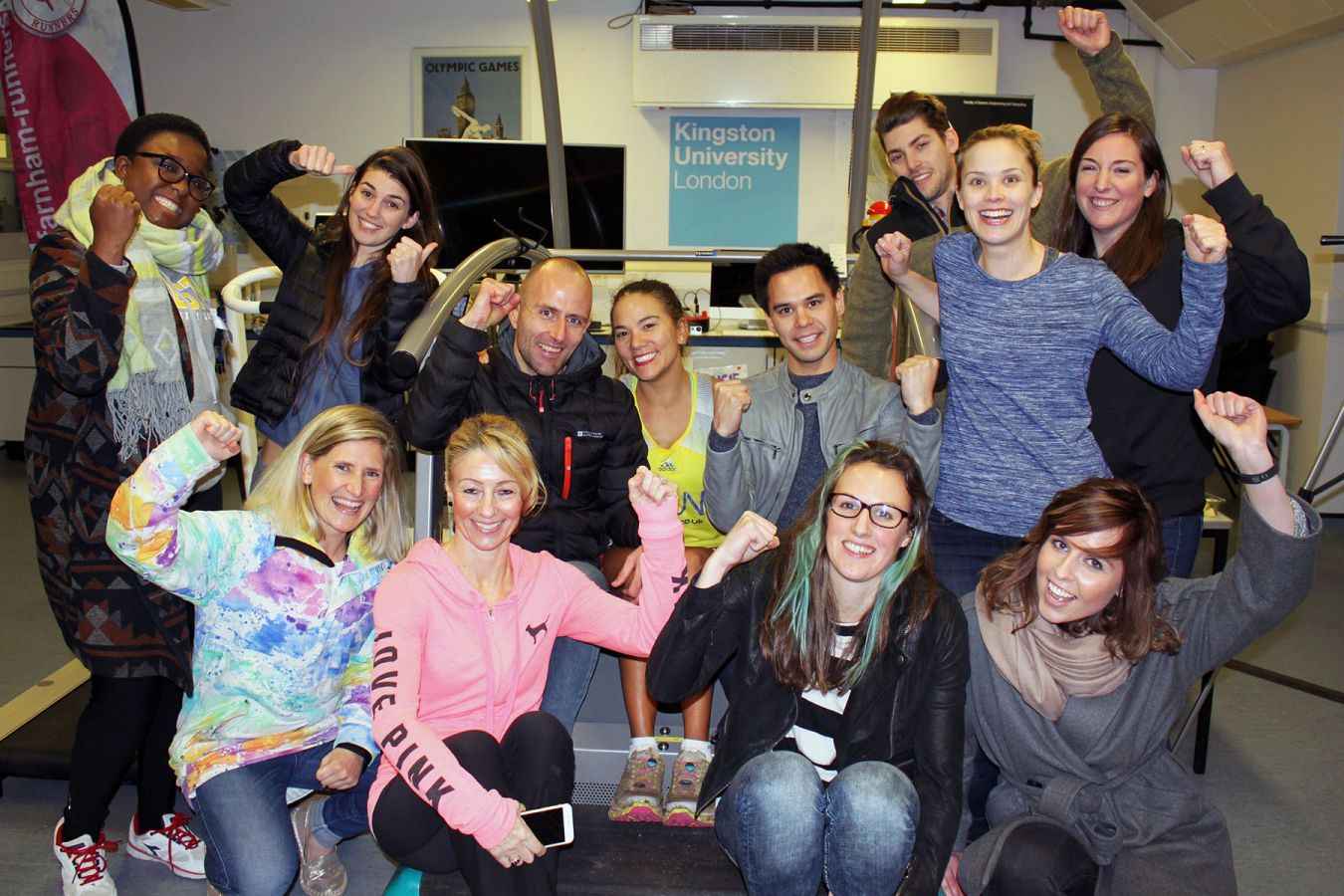