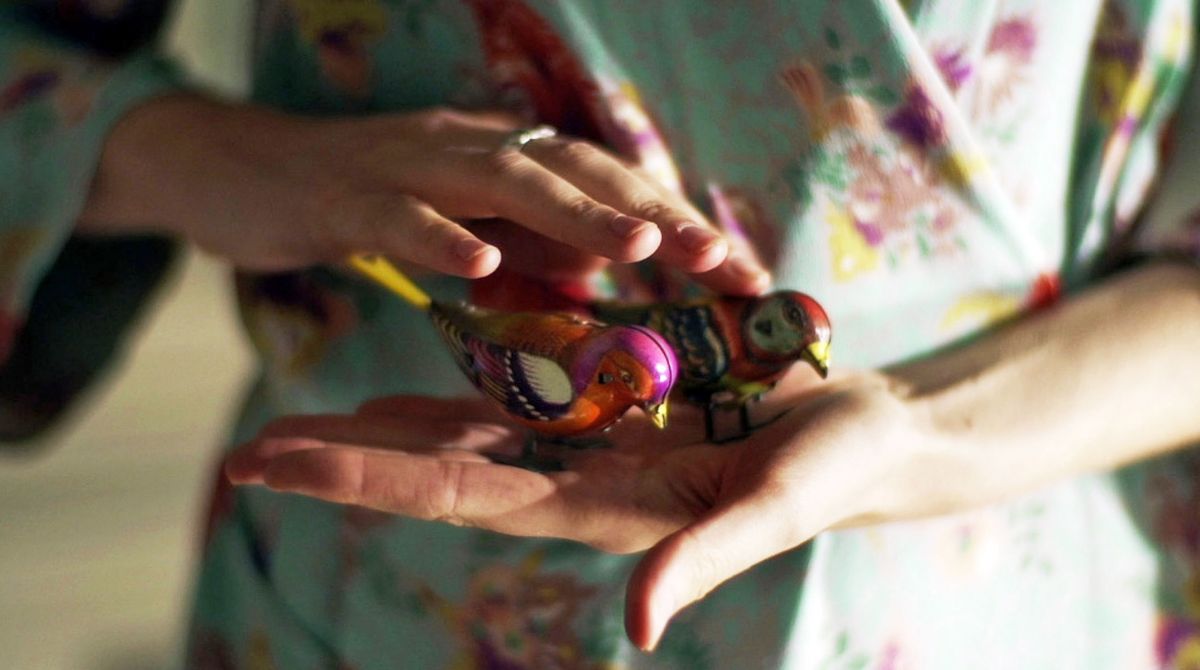 A Kingston University graduate's fascination with the British obsession for collecting things has led to her acquiring a clutch of awards. Florence Kennard has picked up a number of accolades for her short films which have been creating a buzz in the industry since she graduated last summer with an MA in Experimental Film.

The 28 year old has just seen her documentary Norma's Colours screened during the prestigious London Short Film Festival 2016, where it was nominated for the Best Documentary award. The film explores the story of Tina who, following the death of her mother Norma, inherited a unique collection of belongings built up during the course of Norma's 89 years. The collection includes floral smock dresses, beaded jewellery and 100 tiny mechanical birds.

"All my films are about collectors and collections," Florence said. "It's the psychology behind collecting that particularly appeals to me and I've tried to reflect that by making the objects come to life." 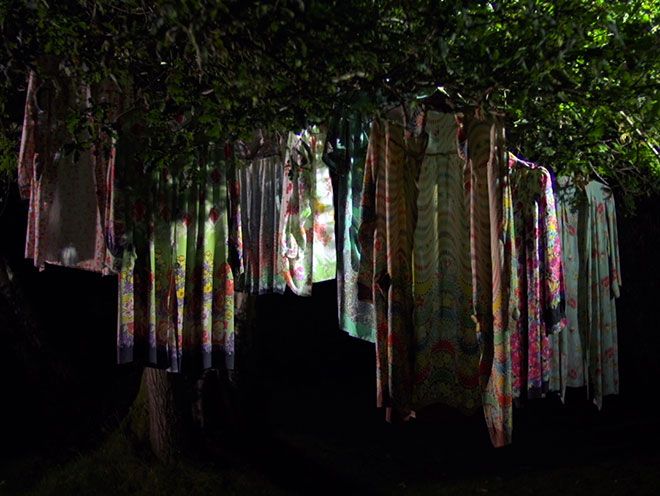 Among the objects collected by Norma - the subject of Florence Kennard's film, 'Norma's Colours' - is a selection of brightly coloured smocks.The idea for Norma's Colours had come about when her mother, who owns a vintage clothes shop, had brought home a set of items she'd obtained from a house clearance, Florence explained. "She emptied eight bin bags on to the kitchen floor and they included a huge number of bombastically colourful things such as clothes and jewellery. I was amazed how much stuff there was considering only one elderly lady, Norma, had lived in the house," she said. "My mum then told me that she'd also been shown lots of boxes containing small, mechanical birds and I immediately started pondering what kind of lady would have owned all these eccentric items."

Florence begged her mother not to sell the objects until she had filmed them and she quickly made contact with Norma's daughter, Tina. "Norma's collecting came from a darker place that you eventually discover in the film," Florence revealed. "The idea that a tragedy could have sparked the beginning of her obsession with keeping things was something I felt privileged to be able to explore."

Phillip Warnell, Director of Studies for MA Experimental Film, said Florence had chosen a good theme for her work as people in the UK were compulsive collectors. "Florence dramatises and explores poetic resonances contained within the objects collected by people," he added. "Her material and her documentary investigations have consequently turned into extremely thought-provoking, challenging films."

After graduating with a first degree in film editing, Florence carried out practical training as an editor in the industry. A six-month residency at the British Film Institute-run DOC Next Media Labs project for emerging documentary makers, run by Mr Warnell, led Florence to her MA at Kingston University. "I came out of my undergraduate degree fresh from straight film editing and, after various Edit Assisting jobs, I realised I wanted to do something more creative and fluid," she said. Five of the young film-makers from the BFI short course were offered a scholarship to study the MA in Experimental Film at Kingston University.

The MA course was a unique programme that involved discussion, development and ideas on successfully approaches to film-making, Mr Warnell explained. "It's intended to foster both an ongoing process of experimentation in film as well as a newer sense of contemporary artists' moving image practices," he said. Florence was full of praise for the facilities she had enjoyed during her time at the University. "I literally could not have made my films without the state-of-the-art equipment I was able to use," she stressed. "The studio is perfect for budding film-makers and we were particularly lucky to have access to the incredible Phantom Gold camera." 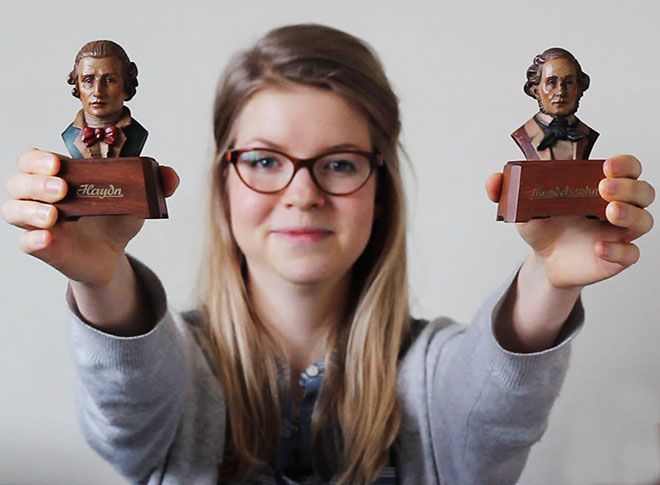 Florence Kennard with two of the musical boxes from her film Automatic Dreams.While still at Kingston University, Florence made her third short film, Automatic Dreams. This feature traces the history of music boxes as seen through the eyes of a collector, a restorer, a mechanical music historian and the music makers themselves at the famous Reuge Factory in Switzerland. Clips from the film were recently featured in a BBC piece about the enduring appeal of these Swiss music boxes in the modern, electronic age.

A crowd-funded Kickstarter campaign helped to raise almost £2,000 to fund Florence's trip to Switzerland and to take a director of photography and sound recordist with her. "For my campaign I targeted people with an interest in the topic, Florence explained. "I formed an ongoing relationship with the Musical Box Society who will screen the film at their next annual general meeting - they were excited to have a younger person generating interest in the subject."

Florence's film was just the latest instalment in a wonderfully rich territory she was exploring on collections and archives, Mr Warnell said. "She has developed an intriguing approach to the manufacture, organisation and ongoing use of the material while also exploring the extraordinary status of these transitional objects," he added. "The future is certainly bright for Florence - she has recently been awarded a much-deserved position as an artist in residence on The Observatory - a project to create a sculptural installation that becomes a space for a series of artist's residencies."