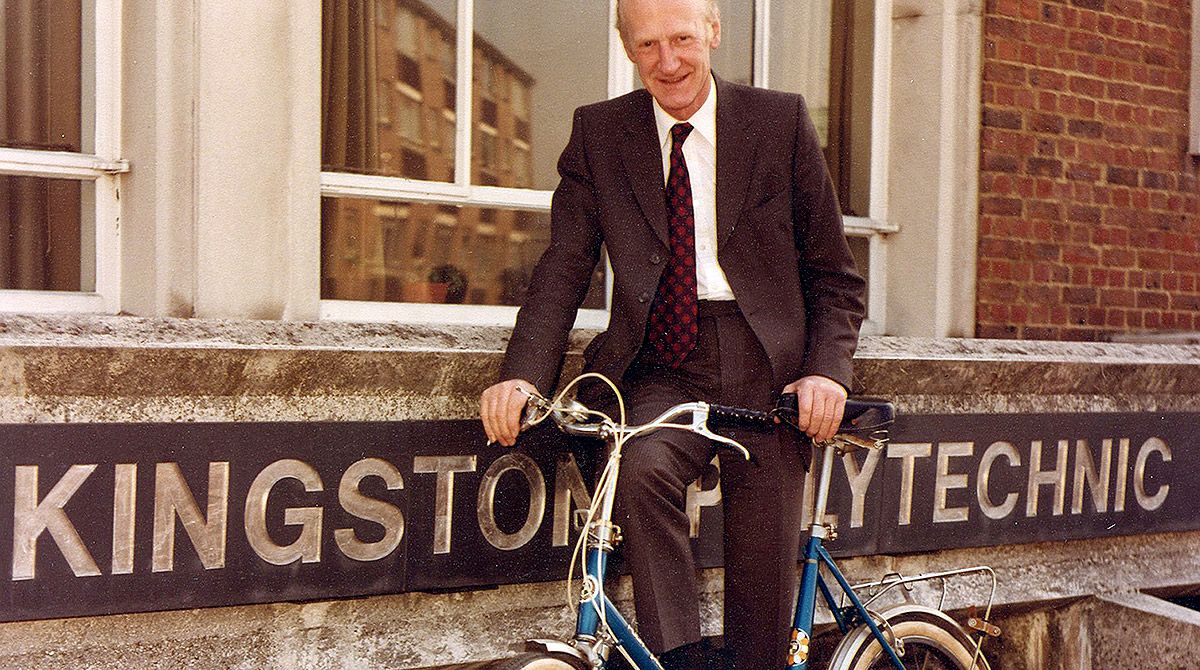 Professor Leonard Lawley first started at Kingston College of Technology in 1957 as the Head of the Department of Physics and Mathematics, becoming Vice-Principal of the College in 1960 and later the College principal in 1964. He then became the first director of Kingston Polytechnic in 1969 - a role he kept until his retirement in 1982.

The 300-seat Lawley lecture theatre at Kingston Hill was named after Professor Lawley and is used for both student lectures and business seminars during the holidays.

Professor Lawley leaves a widow Dorothy, three children, five grandchildren and two great grandchildren. His son, Peter Lawley, told the University that his father "was immensely proud of the Polytechnic's achievements and equally proud to follow Kingston's success as a university".

My father, Professor Leonard Lawley was a founder leader of one of the first wave of new Polytechnics which were established in the 1970s.

Born on the high street of the Black Country town, Cradely Heath, he went to Stourbridge Grammar School, at first as a fee payer, but two years later on a scholarship. This was the part of a life's experience in which he benefited from new opportunities in a changing society, and was instrumental in promoting them for others.

In 1941 he volunteered to join the RAF, fully aware that as a volunteer he would have his choice of service. The RAF recognised his talents and at first made him an instructor, teaching others in aircraft radio communications. Subsequently, he was selected to take a special two year pass degree at University College Wales, Swansea, in Physics and Electrical Communications, resuming service as an officer.

By 1946, Len had left the RAF to complete his honours degree in Physics at Swansea, then gained his PhD at Newcastle, then a division of the federal University of Durham. The university supported him with family accommodation and a living wage as an instructor. There, he patented a new invention to detect dangerous methane gas in coal mines.

His teaching career took him to Regent Street Polytechnic before moving on to Head of Department at Kingston Technical College in 1957, stepping up into Vice Principal then Principal roles. By 1970, the college had improved steadily under his leadership as Principal.  Academic standards and prestige rose together, and it became one of only 30 Polytechnics in the country. Now his title was 'Director of Kingston Polytechnic' and remained so until he retired.

At Kingston, the new and developing Polytechnic movement inspired him. I remember him spending long hours planning the strategy and building of extensive new facilities. He would unroll the huge architect's plans for the landmark Penrhyn Road building. They would be spread out across the living room carpet as he got down on to his hands and knees to pore over them for hours. While a fierce work ethic informed his approach, he also knew all his staff and would 'walk the patch' talking to people, always showing an interest in their personal and professional lives and chatting to them. He could also switch off, for example, by fitting out an old Bedford Dormobile as a camper van with leather seats from a luxury Armstrong Siddeley Sapphire which he picked up at a scrap yard.

On retirement, in 1982, he was granted the honorary title of Professor Leonard Lawley - in recognition of his service and lifelong career achievements. He was Kingston's first professor.  He left the institution in a thriving state, ready to form the basis of the present day Kingston University, itself one of the most popular and prestigious of the newer universities.

He followed the development and fortunes of Kingston University with enthusiasm and pride as it expanded, building on the foundations to which he had contributed so much.

Leonard is mourned by his wife, Dorothy, a lifelong partner since they met as teenagers in 1938, his three children, Peter, Katherine and Susan, five grandchildren and two great grandchildren.