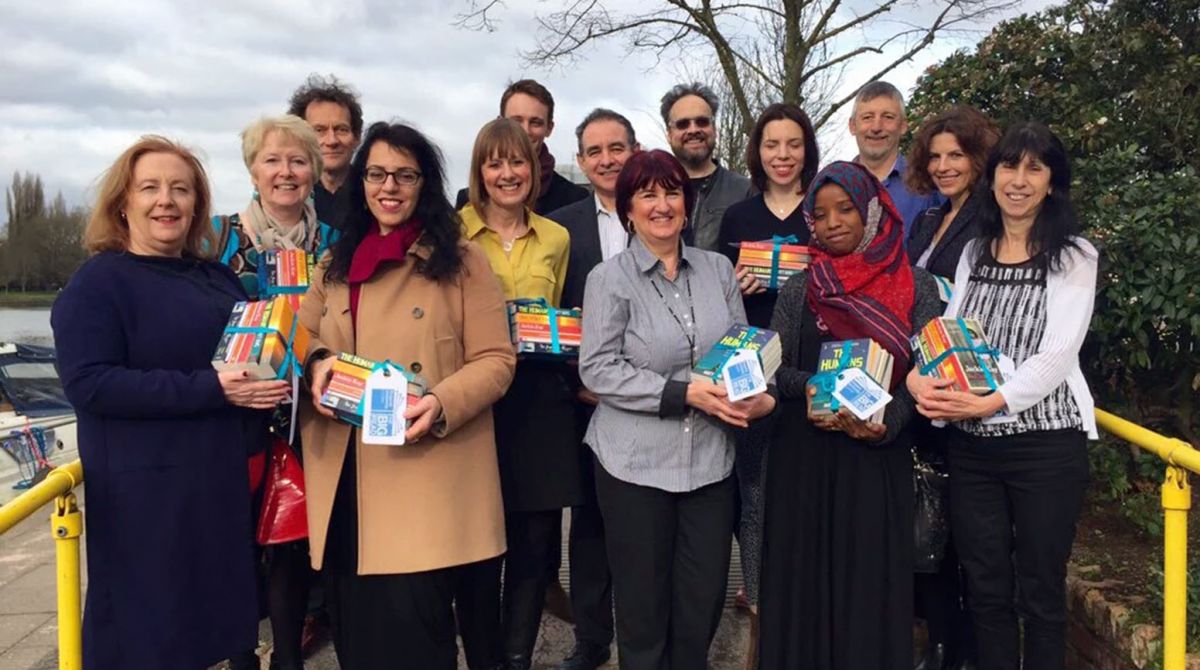 Kingston University has devised a new method for arriving at the book shortlist for its annual Big Read project.

The initiative last year saw the University become the first higher education institution in the United Kingdom to incorporate a broad-based shared reading scheme in to the activities it stages to welcome Freshers on to campus. More than 10,000 copies of Kingston University graduate Nick Hornby's novel 'About a Boy' were mailed to prospective students who had received a firm offer from the University.

For the Big Read's second year, organisers decided a new approach was needed to find the right novel. Staff and students were asked for suggestions which produced a list of more than 100 books. Publishing expert and director of the Kingston University Big Read Dr Alison Baverstock said choosing a book to be read by the entire community of undergraduate and postgraduate students as well as staff was difficult, as it would be virtually impossible to pick something that would please everyone. "The aim of the scheme is to bring people together so we decided that the book we selected should provoke discussion and be of interest to as many students as possible, not just those who already have an interest in literature," she said.

"It's not practical to ask people to read 100 titles and to choose just one so we decided to come at this from a completely different viewpoint and use a scientific solution to address the problem," Dr Baverstock said. Working with the University's Information and Technology Services Department and local data analyst Jackie Steinitz, who has collaborated with Dr Baverstock on previous research projects, a formula was created that would generate a list of suitable titles which could then be presented to a final book selection committee. Amazon is famous for its use of algorithms to create suggestions for future purchases based on customers' previous buys, and the approach worked in a similar way.

A group of eight students and two staff members joined forces with Ms Steinitz to draw up a list of criteria against which each book could be considered. These included the length of book, the cover design and the availability of the author to be involved in specific Big Read activities. To avoid picking a book which had already been studied, novels could also not previously have been set for GCSE or A-level syllabuses.

"Each book was assessed against the criteria drawn up and then, for some of the more critical measures, weightings were added before being fed in to the algorithm," Dr Baverstock said. "The programme then analysed all the information in the database and gave us the six titles on the shortlist." The book selection committee, comprised of students and staff members from across the University, will now read each title before agreeing which should be the Big Read novel for 2016. Current staff and students are also being given the opportunity to join in discussions online to help inform the selection committee's final decision. Copies of the chosen novel will be sent out in August with activities being launched in September and October.

The six shortlisted titles are: