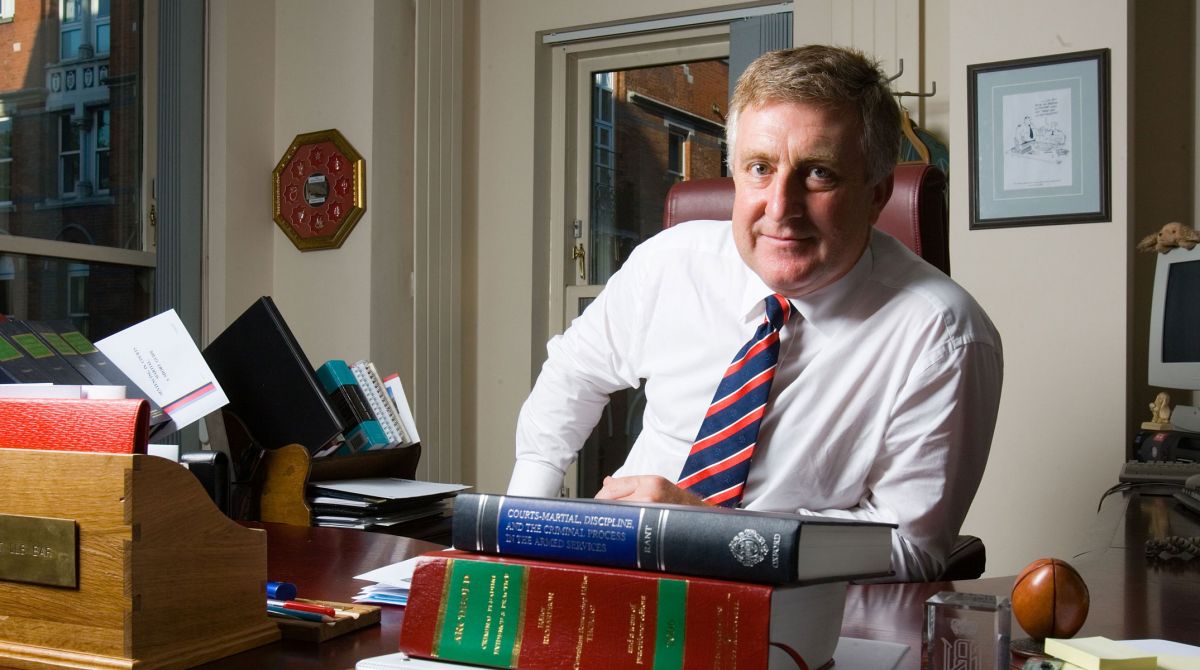 Kingston University students enjoyed a rare opportunity to hear from a senior British judge earlier this month, during an exclusive talk by His Honour Judge Jeff Blackett, Judge Advocate General.

As Judge Advocate General, Judge Blackett is responsible for the court martial process within the Royal Navy, British Army and Royal Air Force. Addressing an audience of students, alumni, academics and local judges, he spoke of his time both in the law and in the military - he was called to the bar in 1983 and enjoyed a successful career in the Royal Navy until his retirement from the Service in 2004.

Judge Blackett spoke of his support of the separate military justice system currently in place, 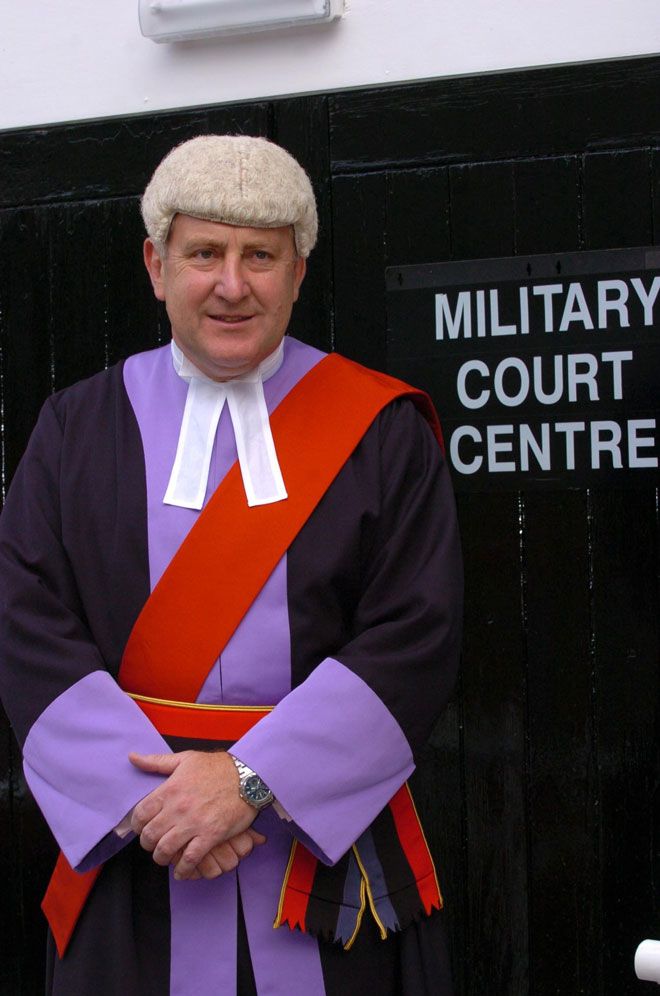 Judge Blackett is responsible for the court martial process within the Royal Navy, British Army and Royal Air Force.
Credit: East News/REX/Shutterstockexplaining that the structure worked well in supporting operational effectiveness within the armed forces. As the only organisation legally allowed to use lethal force and put their lives on the line in the furtherance of Government policy, military personnel were entitled to be treated differently, he said. That might lead to people being dealt with either more severely or more leniently within their own legal system, he told the audience. As one example, he revealed that a member of the armed forces caught with a marijuana cigarette could typically expect to serve three months in a military jail.

One of his first tasks after being appointed Judge Advocate General in 2004 was to review more than 300 cases of WWI soldiers being shot at dawn for cowardice or desertion. Judge Blackett spoke about what he said was the shocking state of many of the transcripts from the cases, which often contained just one or two lines in pencil. For example, a report might simply read, "found in civilian clothing, AWOL, sentence death by firing squad."

During his time in post, Judge Blackett has been involved with a number of controversial and high-profile trials in the Court Martial, including the Blackman case in 2013. Sergeant Alexander Blackman, a Royal Marine, was jailed for life for killing a Taliban insurgent, achieving public notoriety as one of a very small number of British servicemen convicted of murder on the battlefield. Commenting on the outcry from the British media at the sentencing, Judge Blackett said: "The media does have a tendency to sensationalise news and often does not report the facts very accurately."

A similar uproar had occurred for several other cases, Judge Blackett added, including that of Sergeant Danny Nightingale, a former SAS soldier sentenced to two years' detention (suspended) after being convicted in 2013 of illegally possessing a Glock handgun and ammunition which he kept under his bed. Judge Blackett refuted media claims that the former soldier was made a ‘political scapegoat' and spoke candidly about the treatment of the story by certain newspapers. "They [the media] seem to overlook the seriousness of the offence, they simply want to portray ‘our boys' as heroes when sometimes they are not." he added. "Don't believe what you read in The Daily Mail."