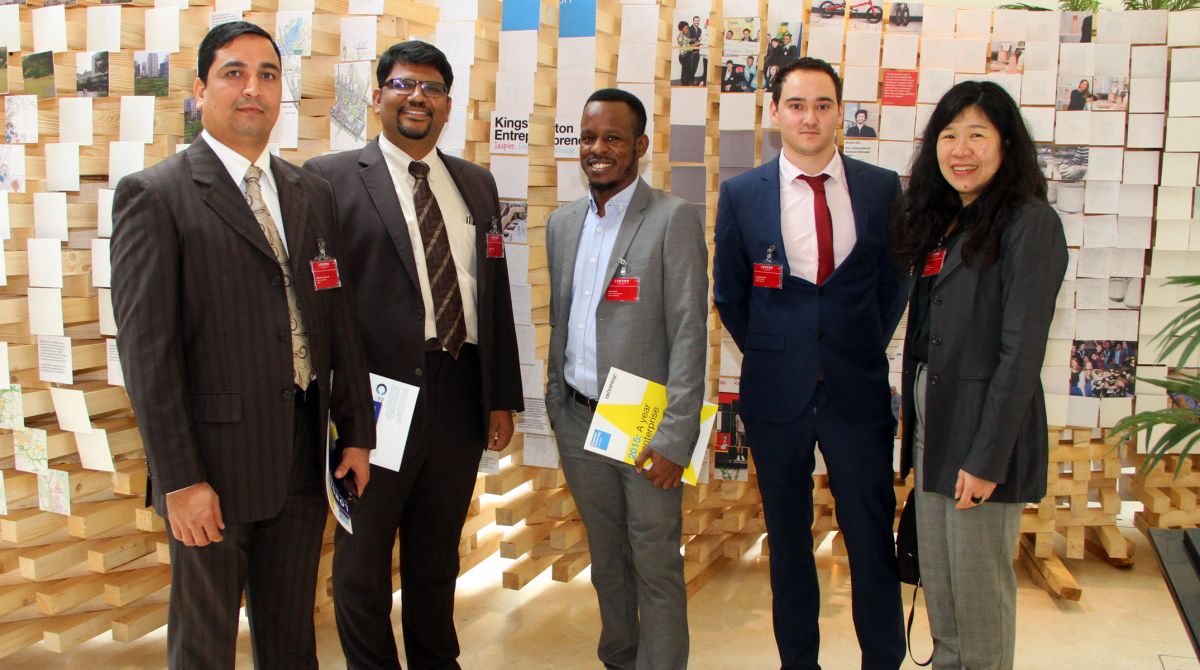 Kingston University has been demonstrating its entrepreneurial achievements alongside other London institutions this month in a bid to promote the capital's universities in the Middle East. Representatives from the University's international development and enterprise departments travelled to the United Arab Emirates and Qatar to attend a series of events during a five-day tour.

The promotional campaign, which focused on the theme of ‘Building the Smart City', was backed by the UK Foreign and Commonwealth Office's GREAT campaign alongside UK Trade and Investment. It showcased the research, projects and innovations of 11 of the London universities which form LUIP - the London Universities International Partnership - a group of institutions working to promote the city as the best place in the world to study. 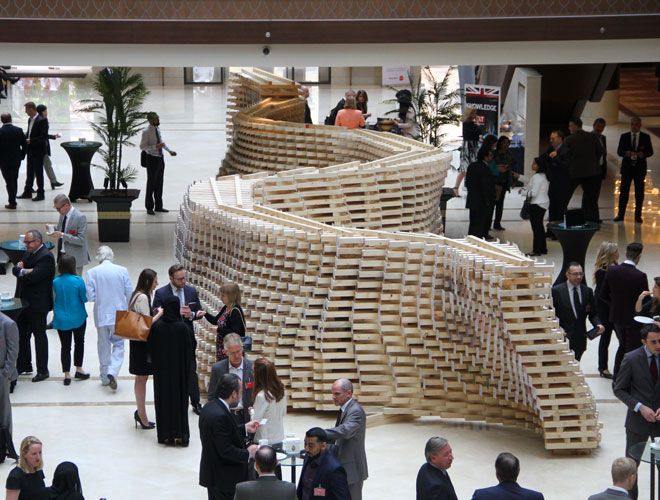 Having topped the national table for the number of graduate business start-ups for five years running, Kingston University has a reputation for being one of the most entrepreneurial institutions in the country. The Kingston University team - which included director of international development Soon Lee, international officer for the Middle East Christopher Neil and entrepreneurship projects officer Dwain Reid - built on this profile by demonstrating the benefits of the University's enterprise support, dubbed the ‘Entrepreneurship Eco-system' to the international audiences.

"We described how entrepreneurship runs as a strand through all the University's courses and activities," Christopher Neil explained, "This includes inspiring students to come up with novel ideas and then giving them the personalised support needed to get their businesses off the ground." Students from the University had access to a wealth of resources and support, Mr Neil said, including up to £20,000 in funding, mentoring, the Kingston Entrepreneurs Society and guidance from entrepreneurs in residence. 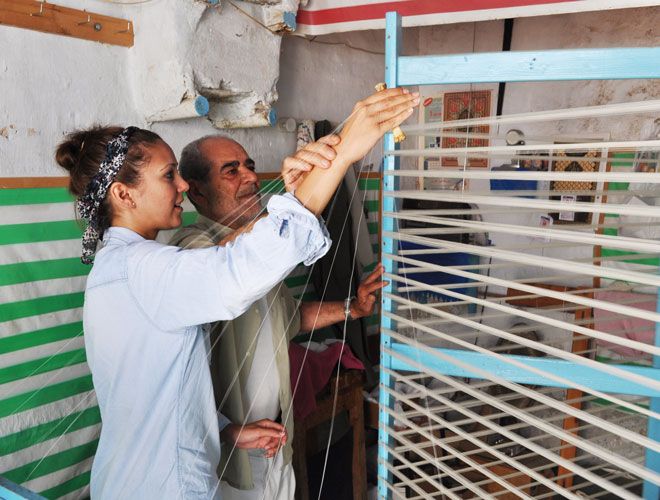 Hend Krichen, who works with skilled craftspeople internationally, has benefitted from Kingston University's enterprise support.
The University also supported up to 15 graduates each year by awarding them entrepreneur visas, he added. One student to have benefitted from such a visa is MA Product and Space student Hend Krichen, whose story was featured as a case-study during the tour.

When Hend started her business she collaborated with skilled craftspeople from her native Tunisia and established an ethical network of manufacturers which enabled local craftspeople to sell their wares internationally. She launched the first Hend Krichen collection ‘Tunisia Made' in 2013 and successfully introduced her brand across London's upscale boutiques and stores.

Hend's latest collection, ‘British Made' aims to contribute to the revival of the British craft movement. "British craft, and in particular ceramics, has been in decline for a number of years now," she explained. "My new collection fuses traditional British ceramics with a modern twist and is manufactured in Stoke on Trent – an area with a strong ceramic tradition."

With her beautiful timeless objects, Hend is well on the way to becoming a household label and said that Kingston University's support had been absolutely invaluable. "Having come from a design background, the programme has helped me to acquire the business skills I needed to make my business a reality," she said.

During their visit, the Kingston University trio attended a breakfast in Abu Dhabi where they discussed the knowledge, skills and research that universities would need to provide to develop the smart cities of the future. At another event in Abu Dhabi, London's Deputy Mayor for Environment and Energy Matthew Pencharz highlighted the contribution of London universities to the success of the Capital. In Doha, meanwhile, the team discussed potential partnerships and research collaborations with a number of international education providers.