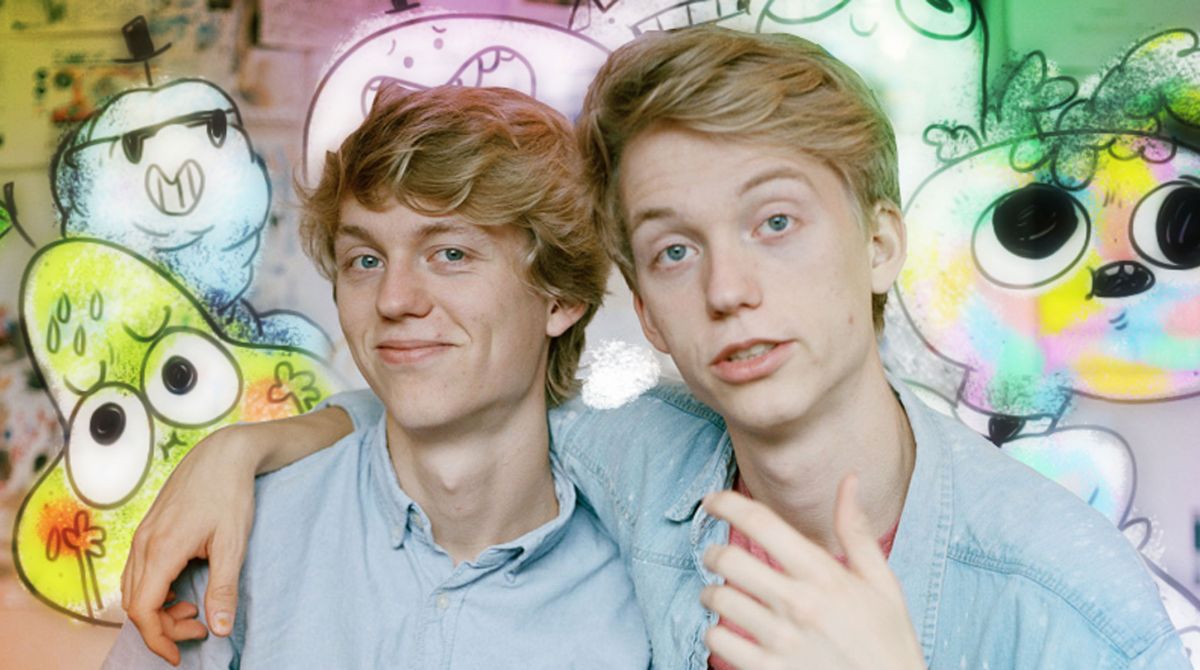 In February the quirky film, which features an assortment of zany birds preying on two daring blueberries, was awarded a Royal Television Society London Student Award and this month it received the public choice accolade at the British Animation Awards.

Elder twin by four minutes Tommy, 22, said they would not be where they were today had it not been for Kingston University, where they both achieved degrees in illustration animation last year. "We are so thankful to our teachers for their support and for the opportunities they opened up for us," he added. "It's been great to create a short film that has made people laugh, cry and even faint." 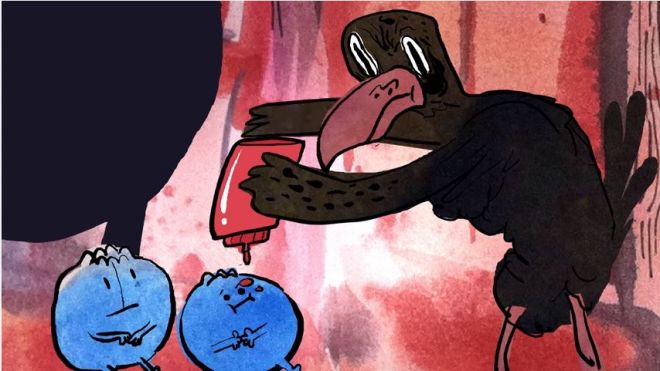 The brothers, originally from Tønsberg, Norway's oldest town, discovered their interest in animation at a very early age. "We were the kind of kids who were constantly drawing," Markus said. "Then our dad introduced us to Macromedia Flash back in the 1990s and that was it - from then on we were hooked."

The instant results that could be achieved by animating on a computer proved a huge hit with the duo, who went on to hone their skills on a variety of projects. When asked about their animation style, the brothers – known collectively as TwinTrash – were quick with a correction. "Our animation tutor would demand that we use the terms technique, approach, method or design, rather than style," Tommy explained. "I like to think of our animations as instantaneous, spontaneous and playful," Markus added. "This isn't just because I'm very bad at drawing anatomically correct bodies, but also because we work very fast. In a way, we're always competing with each other."

The brothers chose Kingston University for their studies because there were no animation schools in Norway that really connected students to the industry. "Tommy chose Kingston and applied on my behalf," revealed Markus. "I was out driving with my now wife - we married last year - and Tommy called me and told me I'd been accepted."

The way they had been taught during their degree studies had had a profound impact on their work, Markus explained. "Kingston University gave us the freedom to rethink all the rules and made us aware that you really can mix every technique," he said.

The combination of watercolour and Flash animation in BlueBarry is a result of a comic the pair made for a different assignment. The brothers were encouraged to bring different aspects of their creativity into every piece of work. "Our lecturers kept saying, ‘why don't you take that weird thing you made and use it for this project?'" Markus said.

The good thing about studying at Kingston University, Tommy said, was that it was always looking to extend its students. "You're constantly being pushed out of your comfort zone, towards a stronger idea and a more powerful visual approach," he said. "The course also made us look to new sources of inspiration including animated films we had never seen and works of art that we would otherwise have missed."

Markus said it was the community feel that made Kingston University special. "It's a totally unique place where everyone's focused on learning and making things," he added.

The brothers have a busy year ahead, as Tommy is set to get married. The next venture for TwinTrash is a new Disney project in London. "We will try our best to make great animations that make people happy," Markus said.