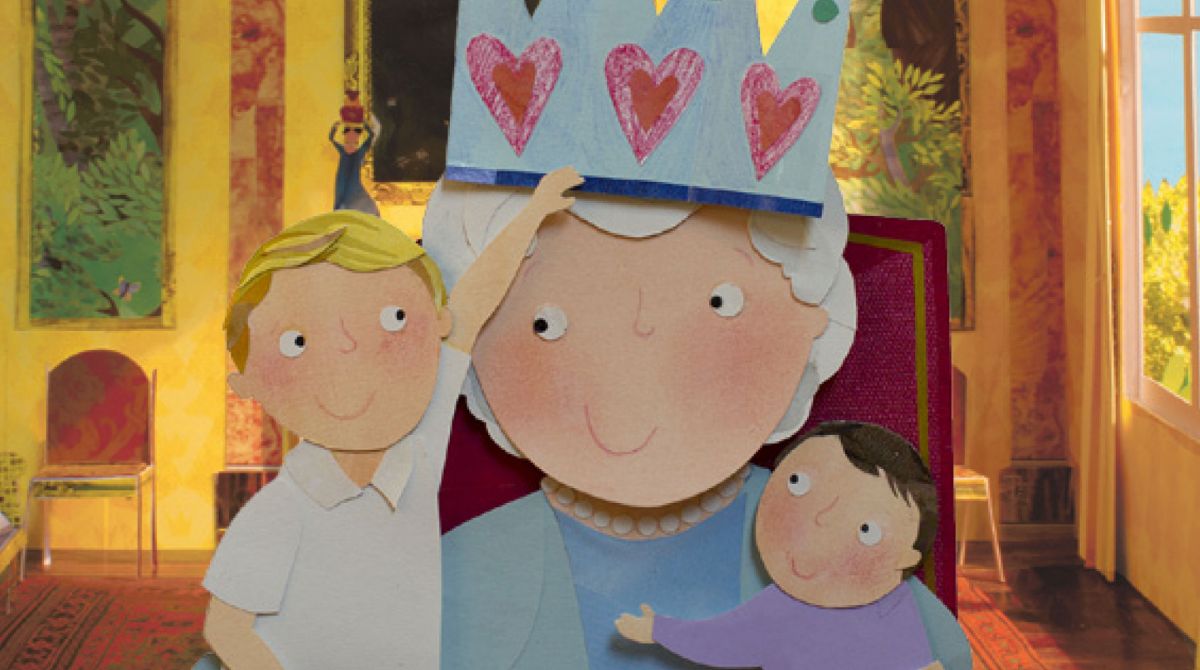 A Kingston University graduate has impressed the Queen with a new children's book released to celebrate Her Majesty's 90th birthday. The Birthday Crown by Italian author Davide Cali and illustrator Kate Slater, who studied BA Illustration at Kingston University, tells the story of the monarch's struggle to pick a crown to wear on her special day. 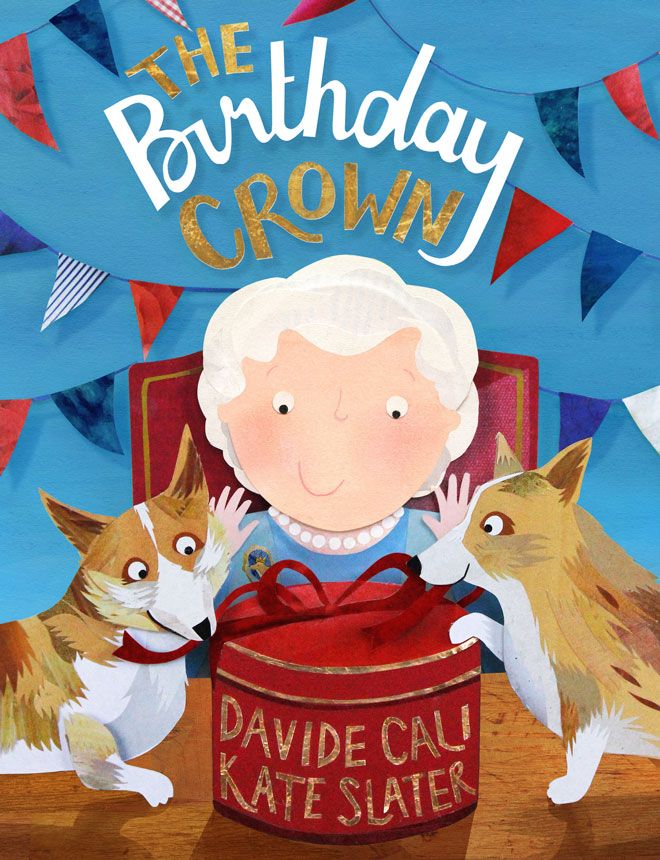 In the book, published by the Royal Collection Trust, a long line of suggestions for a suitable headpiece is put forward by royal jewellers, gardeners, and stable boys - from a bird cage to a disco ball and even a crown in the shape of a fairground carousel.

Kate's latest book builds on a passion for illustration which began at an early age. "I never really imagined any other possible job," she said. "I was inspired by a teacher who told me about a girl who was published at the age of nine. I really wanted to have the same thing happen to me, but it took a little while longer."

Kate's first book to hit bookshop shelves was Magpie's Treasure (Andersen Press, 2010). It tells the tale of a bird with an eye for burglary, and was written and illustrated by Kate in the third year of her degree, as part of her final major project. "Kingston University gave me a fantastic start in my career," she said. "I knew the illustration degree had a really good reputation and both the course and the tutors were brilliant. I had some very talented fellow illustration students who definitely inspired me and influenced my work."

Course director for illustration and animation Geoff Grandfield was Kate's tutor in her third year at Kingston University. "She was always a hardworking and highly creative student," he said. "I am really pleased for her success."

Kate, 29, cites her university highlight as the people she met on her course. "It was fantastic to be surrounded by so many brilliant illustrators," she revealed. "Kingston was also a nice place to live and study - a good bridge for a farmer's daughter like me between the middle of the countryside and the capital." 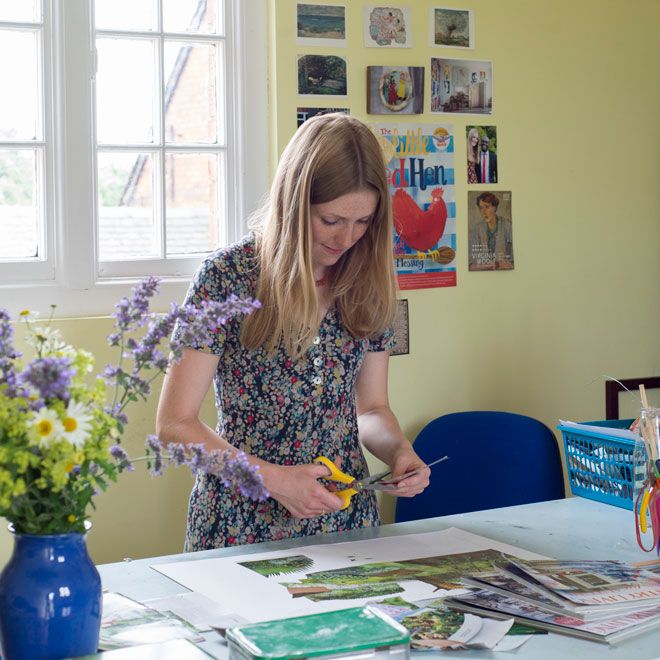 Kate Slater works from a studio on a farm in Staffordshire

Working from her studio on a farm in Staffordshire, Kate uses collage to construct the individual elements of an illustration. She makes use of an array of different kinds of paper, from magazines to old envelopes, layering them to make three-dimensional creations which she photographs.

"I developed my technique even further with the illustrations for The Birthday Crown as, unusually, the story is set almost entirely in one room of the palace," Kate explained. "This meant I could make one complete room set, and then place the characters for each illustration within it. I really loved the new challenges this presented and learned a huge amount from working with the book's designer, Duska Karanov, who helped me a lot with the photography."

Next on the agenda for the talented artist is illustrating a series of musical books. "I'm also keen to start working on my own stories – I've already got a couple of ideas which have been simmering away in the background," she said. "And I also design and sell illustrated stationery and homeware, which keeps me busy." 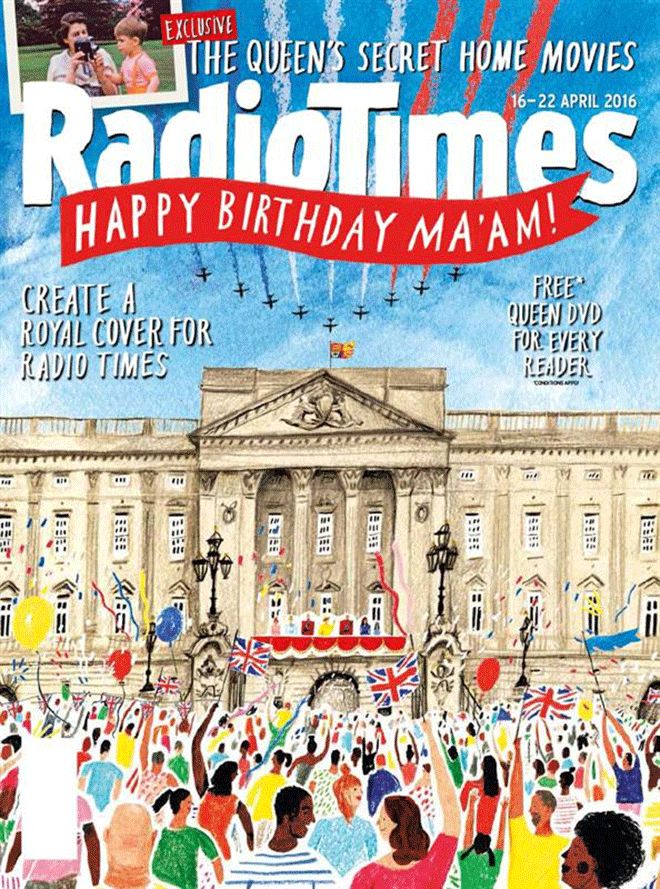 The Radio Times cover was created following hours of sketching by Kingston University illustration graduate Nina Cosford.Nina, 27, who lives and works in Hastings, said she had been overwhelmed by the response to her artwork. "It feels quite surreal seeing it up on the shelves, and knowing how many homes it's in," she said. "This is the first magazine cover I've ever done."

Nina looks back fondly on her time as an illustration student at Kingston University. "As soon as I stepped through the doors on the open day nearly 10 years ago, I knew that I wanted to study there," Nina said. "There's such a buzz and a strong feeling of studentship, that isn't felt at every university."

"I had a breakthrough moment about half way through my course," she said. "I started to draw more intuitively. The tutors were so supportive and encouraging of my newly-developing style, and that really helped to build my confidence."

Mr Grandfield also tutored Nina, and was full of praise for her work. "Nina was amazingly resourceful and really carved out original research on museum collections and audiences, making visually exciting outcomes," he said. "Since graduating she has also been instrumental in pioneering an illustration festival on the South coast with great success."

Nina has maintained a strong connection with the university throughout her career. "I've stayed in touch with all of my tutors to this day and often see them at Kingston University's end of year shows each summer," she explained. "I've even been back to lecture and teach a few times, which has felt both odd and rewarding."

•    Find out more about studying illustration and animation at Kingston University.