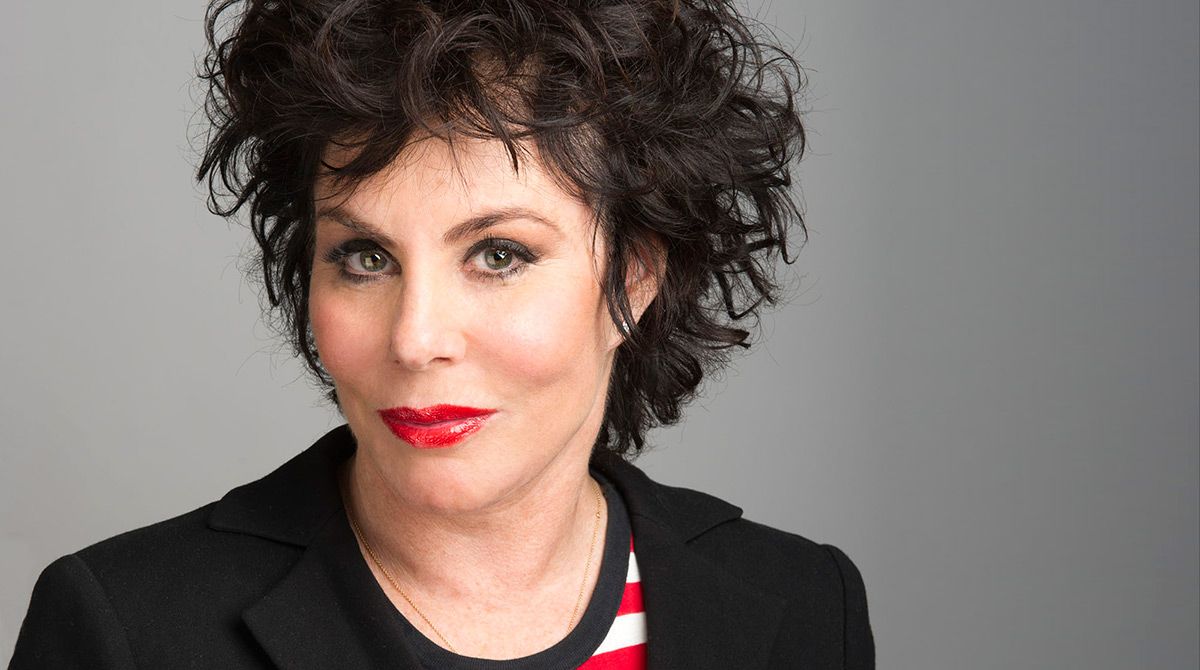 Ruby Wax came to Kingston University on Tuesday 12 April to talk to students about living with a mental health condition, and overcoming the associated obstacles and stigma. Best known for her comedy and insightful and probing celebrity interviews, Ruby recently found herself the poster girl for mental illness and in 2015 received an OBE for services to mental health.

"It started by accident," she said, speaking to a packed lecture theatre at the University. "I agreed to have my picture on some images for Comic Relief, thinking it would be a little thing somewhere, and suddenly I was all over the tube. I figured that if I was now ‘out', I may as well make something out of it, so I wrote my first show based on mental health."

Since opening up about her mental health condition, Ruby has written and performed one-woman shows covering aspects of her condition and how mental health is treated in society. "I started by performing them just in front of people with mental illness and found audiences responded really well to me making jokes about it. When you're around people with the same experiences, they are more than happy for you to use their condition as part of your humour. As the bi-polars say: ‘you made me laugh and cry.'"

Ruby has lived with depression for most of her life and spoke candidly about her experiences. With her trademark wit, she described what living with the illness was like for her. "You sometimes have that little voice in your head that tells you that you are not quite good enough; with depression that voice is magnified and there are more than just one. Imagine the Devil with Tourette's – that's what it was like inside my head.

"When I was finally diagnosed with clinical depression after having my third child, it was the greatest day of my life. Now I had a name for it and now I could get treatment for it."

Not content with just receiving treatment, Ruby completed a masters degree in mindfulness-based cognitive therapy at Oxford University. In her stage shows she invites members of the audience to share their stories with each other. She also hosts drop-in sessions in theatres with mental health professionals on hand to talk to people, and advocates for rights for people with mental illness.

Talking about the stigma that still surrounds mental illnesses, Ruby compared it to the way people react when someone has a condition like depression. "Mental illness is when your brain isn't working correctly, just like any other illness is some other part of your body not working right. You can give a get well card when any other part of your body isn't working – but not when it's your brain. And you'll always get someone saying ‘you don't need to take medication for depression, you just need to buck up.' Yeah? Are you going to take away a diabetic's insulin and tell them to buck up?"

Ruby sees her OBE as a huge step forward in the work towards reducing this stigma. "For someone like me to receive this recognition for services to mental health is really positive. It shows that mental health is being taken seriously. I don't know of anyone else who isn't a medical professional who has received an honour for mental health work, so this is a step in the right direction."

Ruby's advice for people suffering from depression or other mental illness is clear. "Ask for help. Take medication if you need it and find a treatment that works for you. But most importantly, find each other and talk to each other. These people are your tribe, they are the ones that understand you and together you can be stronger. Gay people did it. In my lifetime being gay has gone from something you couldn't talk about, to the point where there are pride parades, and laws have been changed around the world. People did it by coming together and working together. We can do the same thing.

"It takes one person to start a group. Call it anything you want – a coffee club, men learning how to fish, whatever – just start it and people will come. You will find more and more of your people and we are so much stronger together. Come out of the closet, open up and stand up."