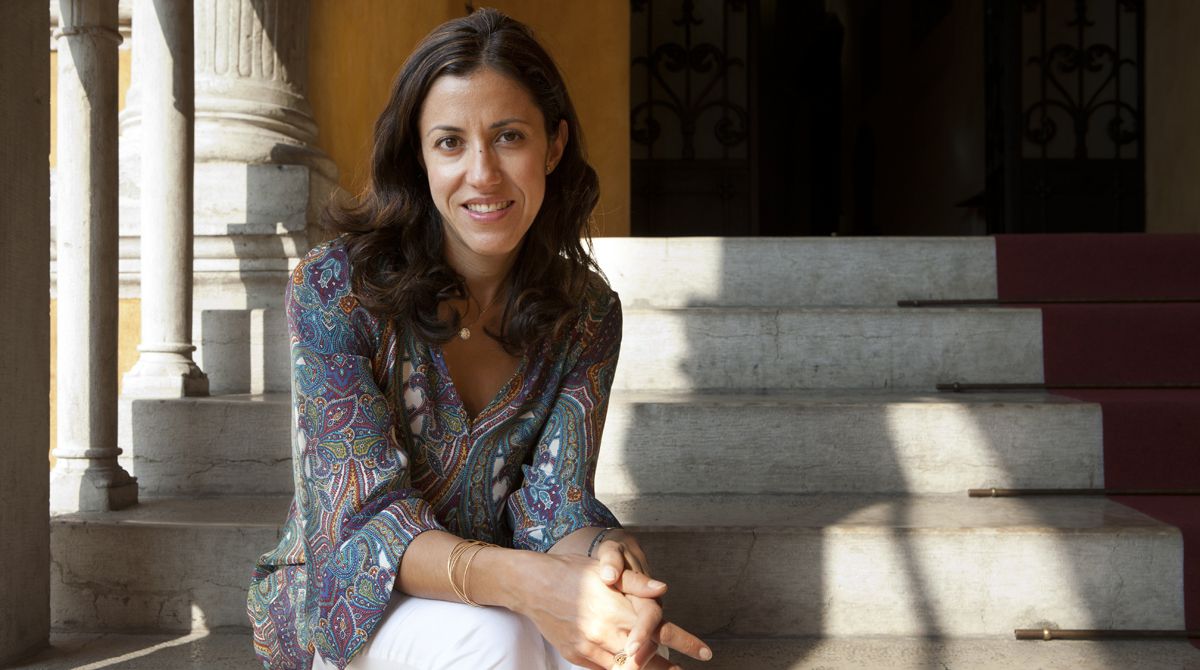 A Kingston University journalism lecturer has secured one of the most coveted accolades in the media world after being named a Pulitzer Prize finalist for a compelling investigation in to the true motivations behind why women join the militant group known as Islamic State.

Azadeh Moaveni was nominated with her colleagues from the New York Times, who together produced a series of articles, videos and photographs about the organisation. The team was named one of just three finalists in the International Reporting category.

Her nominated article For ISIS Women, Fraught Choices is a moving and revealing piece about the complex and difficult choices faced by three Syrian women after Islamic State arrived in their hometown of Raqqa in 2014. Originally intended as an investigation in to British women travelling to Syria, Ms Moaveni said her inspiration was a desire to counter what she believed was misleading media coverage.

"Living here in the United Kingdom – as a Muslim, a journalist and as a woman – I was frustrated with the stories appearing in the press about ISIS and women and why girls from Britain decide to travel to Syria," Ms Moaveni said. "The coverage was very sexualised and sensationalised - there seemed to be a determination to misunderstand, which resulted in reports I saw as offensive and unilluminating. I wanted to counter this with a more open and honest exploration of what was going on, in an attempt to better understand these women's decisions."

Now in its centenary year, the annual Pulitzer Prize recognises excellence in journalism and the arts. Being nominated as a finalist is regarded as significant accomplishment.

Speaking of her achievement, Moaveni paid tribute to her fellow reporters. "It is an honour to be recognised among such highly-regarded journalists doing vital work to highlight stories from under-reported areas of the world," she said. "Journalism in the Middle East and the areas I cover has become increasingly dangerous and it's heartening to see colleagues still out there, putting their lives on the line to bring us perspectives we may otherwise never hear."

Fluent in Arabic after winning a Fulbright Fellowship to study at the American University in Egypt, Ms Moaveni has been covering the Middle East for the past 16 years, including stints at Time magazine and the Los Angeles Times' Baghdad bureau. Accomplished at turning her hand to both investigative reporting and autobiographical work, she wrote about her experience growing up as an Iranian in America in her 2005 memoir, Lipstick Jihad, and put pen to paper to record her experiences of getting married and starting a family in Iran during the rise of President Mahmoud Ahmadinejad in her 2010 memoir, Honeymoon in Tehran.

Colleague Professor Brian Cathcart said Ms Moaveni's success came as no surprise to those who knew her. "Azadeh is a truly exceptional journalist, a very fine writer and an extremely brave reporter – and this particular article is a ground-breaking piece of reporting about an extremely difficult subject beset with a great deal of complexity," he added. "She is providing human faces and stories to challenge the assumptions we make about the people who have been involved in Islamic State."

While combining a career in writing and teaching could be demanding, Ms Moaveni said she was able to manage the challenge through the support of her Kingston University colleagues and the inspiration she took from working with her students. "Teaching sustains and enriches me. I particularly enjoy being at Kingston University as the student body is so diverse," she said. "It's made up of exactly the people I'm interested in teaching and working with. I find being around the University's students incredibly inspiring."

Ms Moaveni already has her sights set firmly on her next project. She intends to travel back to Southern Turkey next year to speak to more women about life with Islamic State, with the aim of turning their stories in to a book.