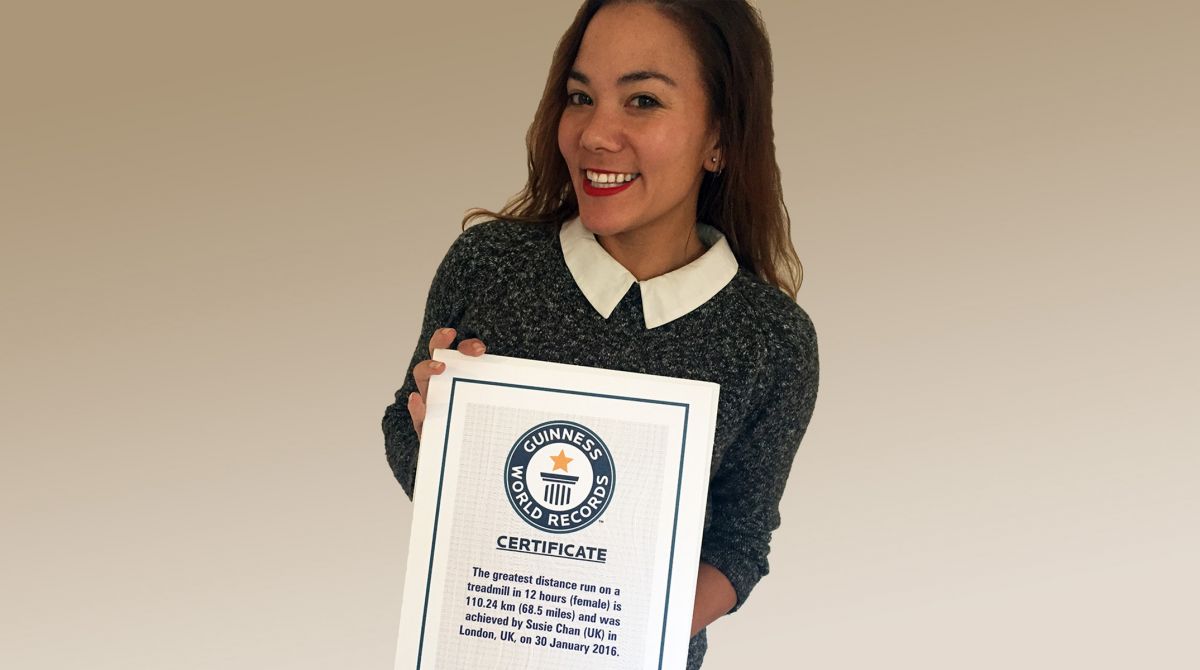 The 40 year old, who was supported by a team of sport science and exercise experts in the University's human performance laboratory, set a new women's world record for greatest distance run on a treadmill in 12 hours on 30 January. Her distance of 68.54 miles (110.24km) beat the previous official record distance of 60.26 miles (96.98km), set by Dee Boland in October last year.

The endurance runner, from Farnham, Surrey, submitted a raft of evidence including video footage, data and witness statements to Guinness World Records and spoke of her delight after learning they had confirmed her application had been successful. "I'm just so, so pleased - it was such a lot of work for everybody involved, especially the team who supported me at Kingston University," she said. "It was quite a while waiting to hear whether it would be officially verified, so when I found out it had been approved it was a huge relief, not so much for myself but for all of those who gave up their time to help make it happen."

Chan was supervised by senior lecturer in health, exercise and physiology Dr Hannah Moir and PhD researcher Chris Howe, while a team of 10 sport science and nutrition students acted as timekeepers and witnesses during the successful attempt. 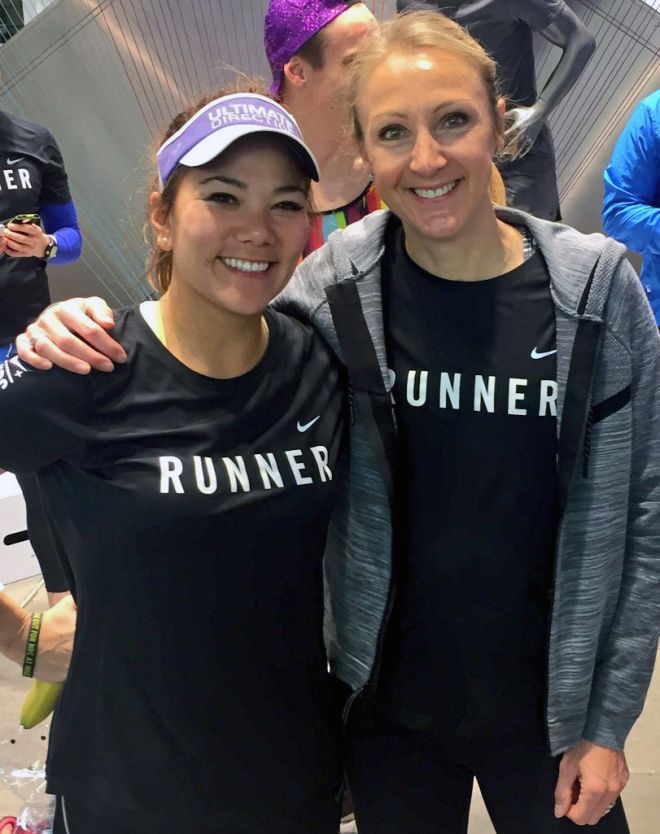 Susie Chan with British marathon world record holder Paula RadcliffeOn the day, a live stream beamed from the University on YouTube received more than 3,000 views, while hundreds of social media followers tweeted their support using the hashtag #susieWRrun, with messages projected on to a screen in front of the treadmill to give her an extra boost.

One of the first to congratulate her on Twitter was British marathon world record holder Paula Radcliffe, who had been among those glued to the live stream as she broke the record. Chan finally got to meet her idol at a promotional event last week. "It was an amazing feeling to know Paula was watching me during the record attempt - she's everyone's hero really isn't she - and it was so lovely to finally get to thank her for her support in person," she said.

After running in Sunday's London Marathon as a sub-four hour pacer, Chan is now preparing to return to Kingston University to make use of the high-performance facilities available to help prepare for her latest challenge. She will be receiving heat acclimation support - previously provided to explorer Sir Ranulph Fiennes and other top athletes at Kingston University - ahead of taking part in a gruelling, five-stage 230km ultra marathon through the Amazon Rainforest in Peru in June.

Chan's links with the University first came about after she participated in a research study being conducted by Mr Howe examining the physical and psychological effects of endurance running on those who take part in such events. The physiology technician and PhD researcher told how he was looking forward to welcoming the endurance athlete back to the University to help with her current training. "It was great for our students to be involved with a world record attempt, so to see all that hard work pay off with it now being verified an official Guinness World Record is fantastic," he said. "We've done a lot of work with Susie as part of our study looking at the factors that make up an ultra-distance runner and we're delighted she will be coming back to train within our state-of-the-art facilities ahead of her next big challenge." 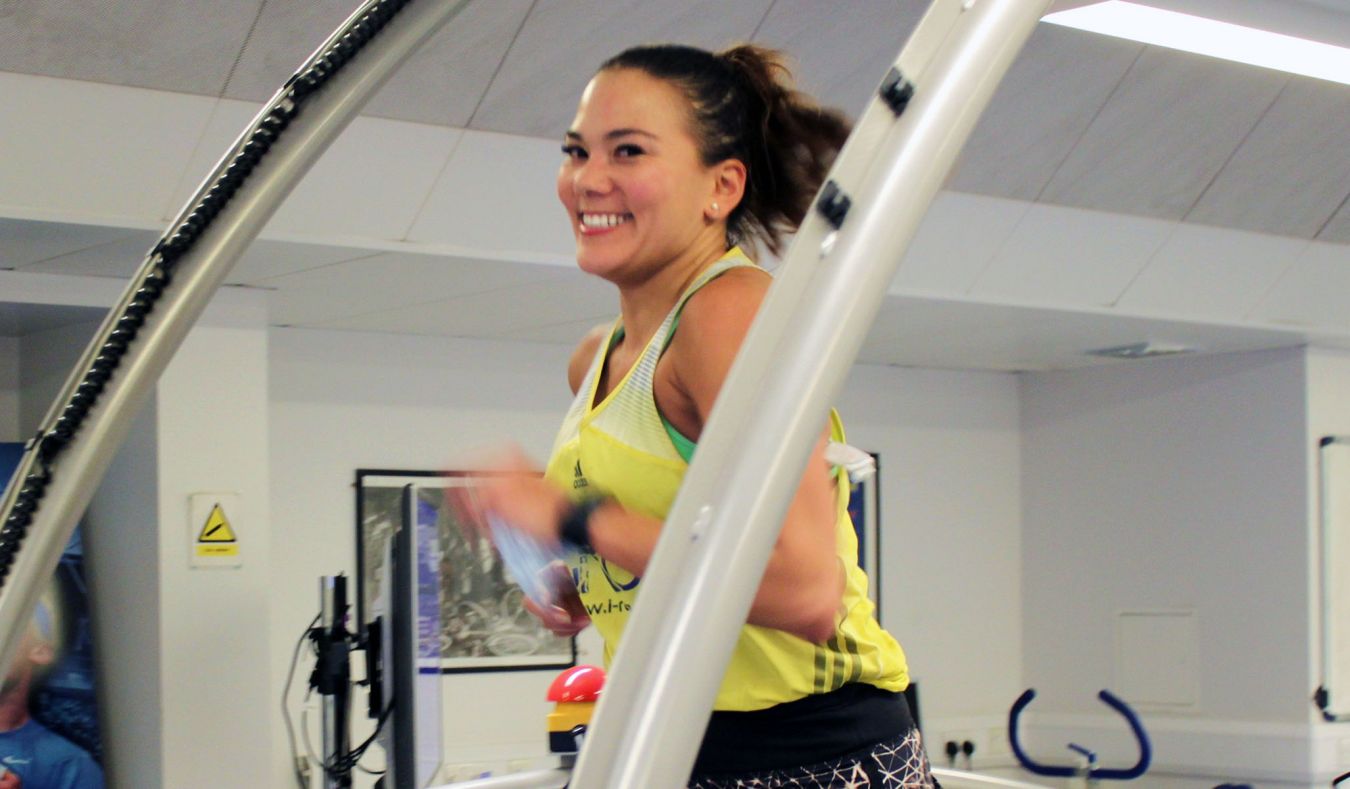 Susie Chan during her record-breaking treadmill run at Kingston University in January.