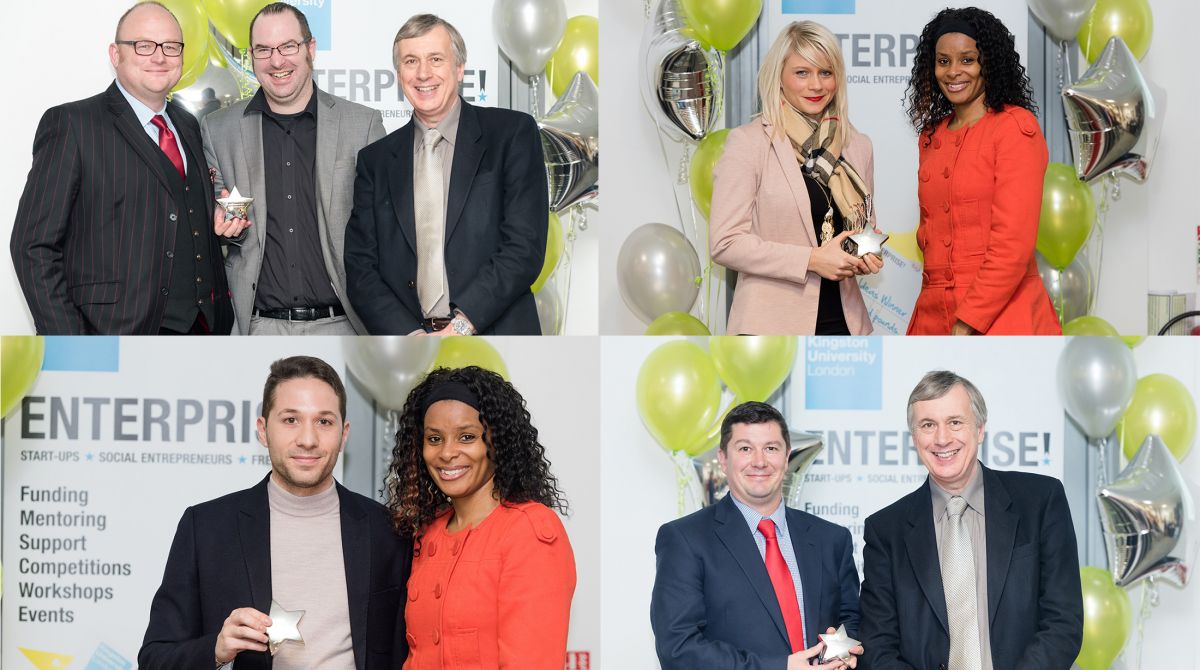 A test that could revolutionise the way bacteria such as MRSA and MSSA are detected in hospitals, a water safety device set to improve search and rescue training and a student-focused travel company were just some of the ventures recognised at this year's Kingston University Celebrate Enterprise Awards.

The team of scientists behind a medical advance that has the potential to change the way hospitals pinpoint methicillin susceptible and methicillin resistant Staphylococcus aureus (MSSA and MRSA) has become the proud holder of the accolade for commercial entrepreneur. Chemists Dr Adam Le Gresley, Dr Alex Sinclair and microbiologists Professor Mark Fielder and Dr Lauren Mulcahy have developed a test expected to make screening for the bacteria that can cause serious infections in hospital patients significantly faster and cheaper while remaining just as effective.

"In Europe alone, almost 7 per cent of all patients develop healthcare-acquired infections and this comes at an enormous cost to diagnose and treat – estimated to be up to £11 billion annually," Dr Le Gresley explained. Funding from the University's Enterprise Education team helped the researchers develop the prototype, known as LGX, to a point where it could soon be taken to market and possibly make a difference to as many as 15 million people a year. 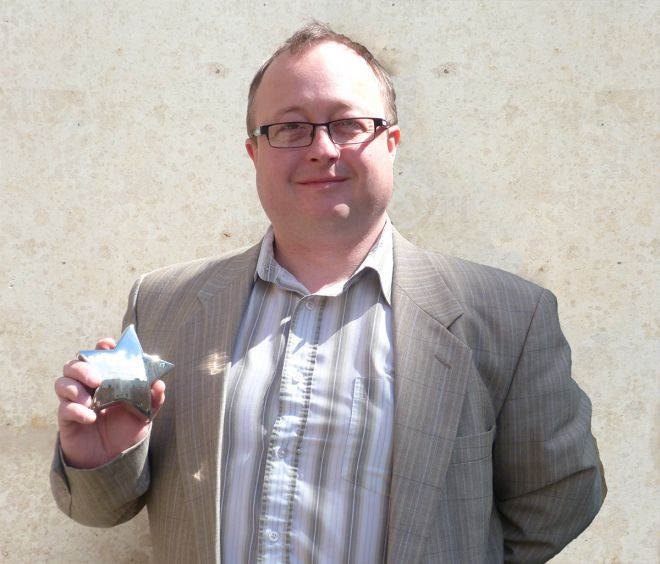 Dr Adam Le GresleyThe test slashes the clinical time required for a result from 24 hours to 30 minutes and reduces the cost per test from £25 to £4. "We can provide a yes/no response about possible  Staphylococcus aureus carriage or infection in less than 30 minutes, with this simple test which is affordable and can be routinely used by non-microbiologists at the point of care," Dr Le Gresley said.

The bacteria is commonly present in 30 per cent of the population. "As patients are screened before elective surgery, LGX can provide an early indication of the presence of the organism and significantly cut down the workload of busy laboratories," Professor Fielder said. "LGX can easily be incorporated in to the clinical process and will represent a significant saving to the NHS annually."

Another innovative expert from the Faculty of Science, Engineering and Computing was also applauded at the ceremony. The social entrepreneur award was carried off by Associate Professor Ian Greatbatch who has developed the Eddley Search Target – a cheap, robust and lifelike tool that replicates the movement of a human body in water for search and rescue training and research. "The target behaves in the water far more like a human being than a rescue dummy and we're keen to share this device with search and rescue and fire and rescue organisations to equip them with additional skills to save lives and improve the work they do," Dr Greatbatch said.

As one of the top universities in the United Kingdom for producing graduate start-ups and with more than 250 individuals and businesses being mentored or supported by the Enterprise Education team, award organisers had always expected to be inundated by nominations. The annual event attracts applications from a wide cross-section of the University, with a focus on new initiatives and projects produced by resourceful students, graduates and staff during the past 12 months.

Other enterprising entrants to walk away with awards included the winner of the social enterprise category Jairon Francisco, who runs a coffee business that empowers smallholder farmers from his home country of the Dominican Republic by supporting their access to sustainable technology.

Meanwhile, the hotly-contested title of entrepreneur of the year went to University graduate Riccardo Pezzuolo, whose company Togada supports people working in the creative industries. Since its formation in September 2014, the firm, which specialises in animation, photography, graphic design, illustration and video, has provided employment for 14 Kingston University students and alumni. Mr Pezzuolo paid credit to the support he had received at Kingston University. "The Enterprise team really encouraged me to take the initiative and helped me understand I should create opportunities rather than waiting for them to happen," he said. 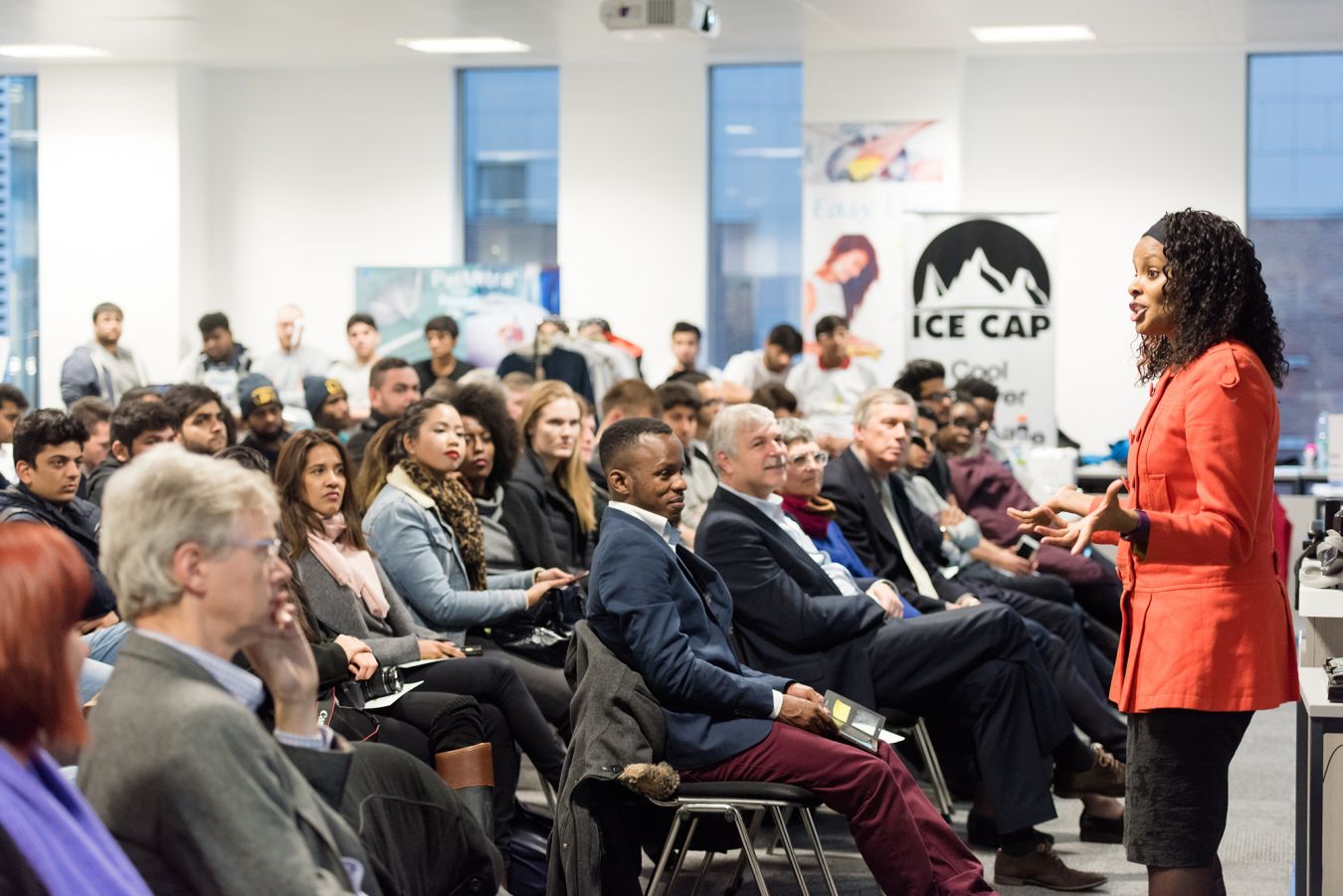 Social entrepreneur Claudine Reid, who delivered the keynote speech at the event, commended the entrepreneurial spirit reverberating around the room. "It's always a privilege to come to Kingston University – it's a place of innovation and creativity," she said. Ms Reid was impressed that the students were picking up practical tips that she had gained during 23 years as director of PJ's Community Service. "The fact that they're learning about marketing, product development and how to balance the books all contributes to them having a sustainable business," she added.

Winner of most enterprising student Tina Dahmen started a travel business after working as a tour guide during a break from her journalism studies. "I was taking tour groups to places like Stonehenge, Oxford, Bath and an idea for a business started forming. Now, with support from the Enterprise team, I have sent more than 150 students on trips to places all over the world," she said. Take a Trip with Tina is now branching out to offer its bespoke service to students at King's College London and Surrey University. "You experience ups and downs in business but this award has really boosted my confidence," she said. "It's like a little milestone on the way to more success." 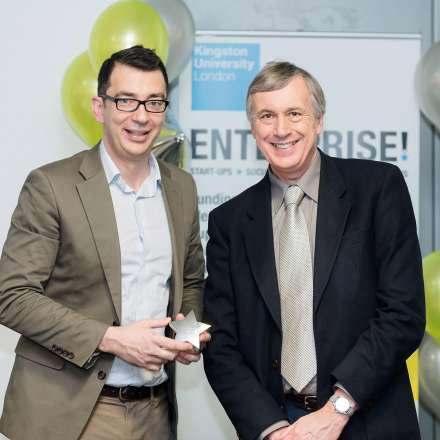 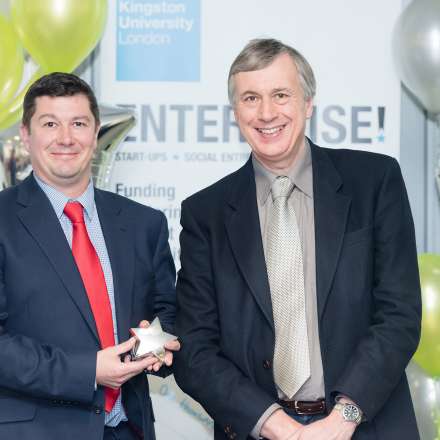 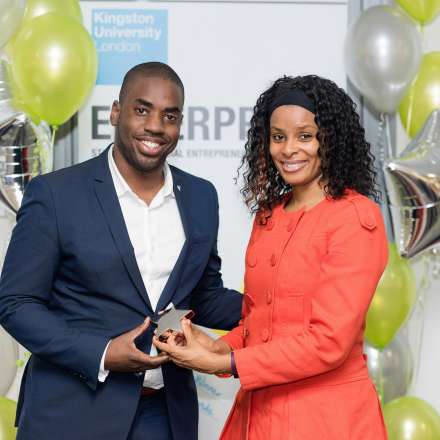 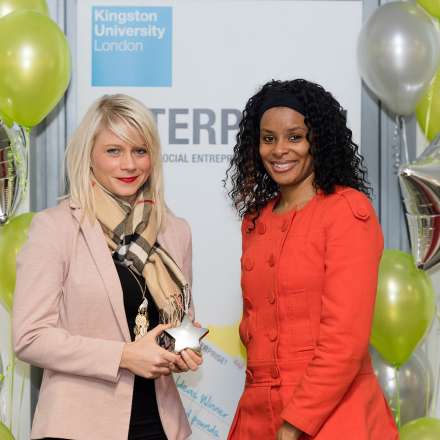 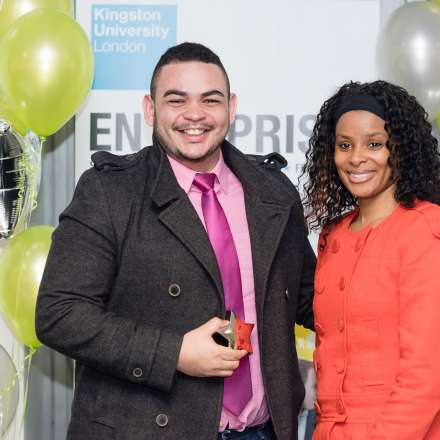 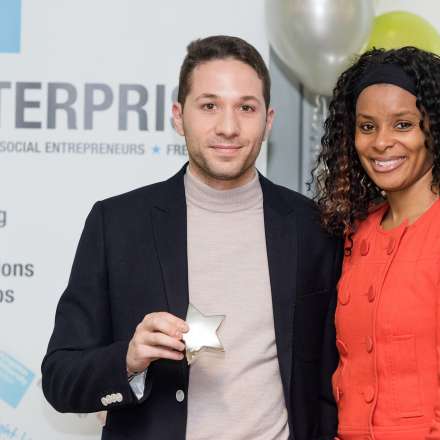