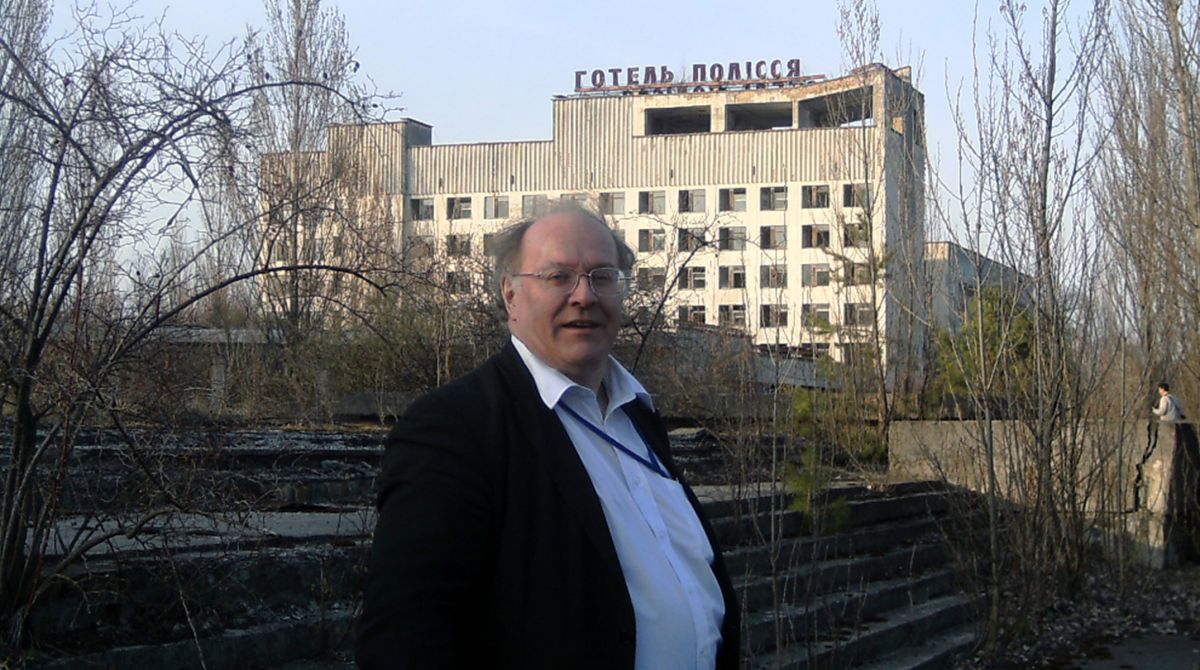 An expert from Kingston University returned to the site of the Chernobyl nuclear reactor accident as part of an international delegation of scientists commemorating the 30th anniversary of the disaster. Dr Alan Flowers, the University's radiological protection officer and principal lecturer in engineering, has dedicated much of his academic career to working on educational initiatives and research projects examining the widespread impact of the 1986 explosion - the worst nuclear accident in history.

On 26 April that year, the Chernobyl nuclear power plant in Ukraine - then part of the Soviet Union - exploded, releasing huge quantities of radioactive matter over a wide area of the USSR and Europe. In the days following the explosion, Dr Flowers measured the level of fallout that had spread as far as Kingston University. This became the catalyst for a major teaching and research project that he headed, examining nuclear energy in general and the Chernobyl incident in particular.

Dr Flowers worked closely with academics from Belarus in the immediate years after the disaster and has more recently collaborated with experts from the Ukraine. Having first visited the site in 1993 - after the break-up of the Soviet Union led to scientists being granted greater access to the area - Dr Flowers is currently back in the country taking part in a series of events marking the anniversary, including a visit to the site as part of an international delegation. 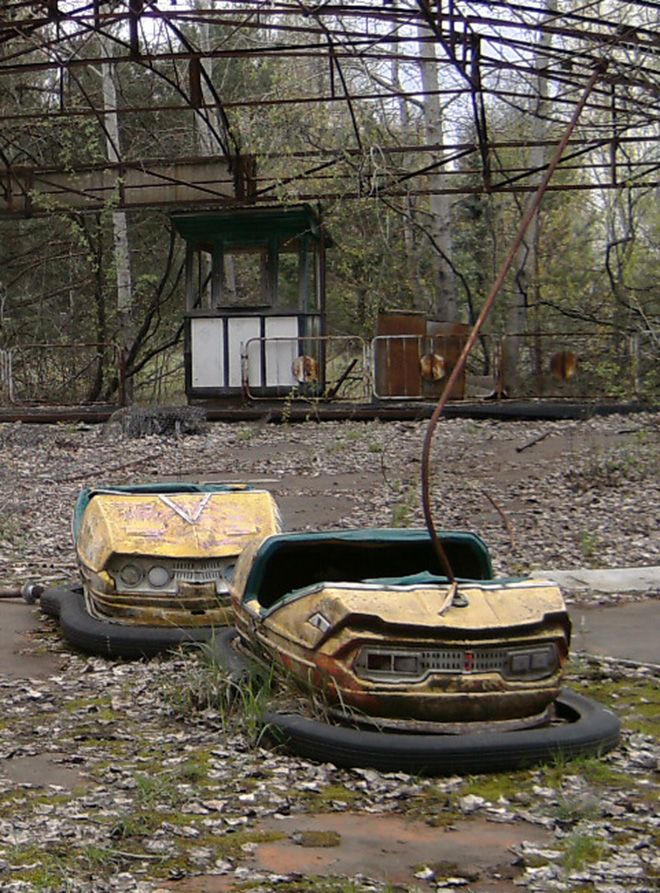 An amusement park in the abandoned city of Pripyat, near the Chernobyl nuclear power plantThe radiation expert told how he felt humbled to be involved in the commemorations, as he reflected on the disaster that began his long-standing association with the region. "Chernobyl changed my life," Dr Flowers said. "At one stage I was spending three months a year in Belarus, often in an area that was one of the most affected by the disaster.

"I remember those first impressions of what has effectively become a Soviet museum - abandoned villages and ghost towns frozen in time, where thousands of people had been evacuated in the space of just a few hours. When visiting surrounding villages - where the truth about the accident had been kept secret - I found I could also act as an independent external voice, speaking to people who had a great scepticism of authority. I was also able to compile eyewitness accounts of the event itself."

Over the years, Dr Flowers has been involved in a number of studies, ranging from modelling radioactive movement through forests, understanding the impact of radioactivity within soil and investigating new methods of radiation monitoring to examining the sociological aspects of the disaster.

Ongoing collaboration with academics at Ukraine's Lviv State University of Life Safety has led to the recent award of an ERASMUS+ Learning Mobility of Individuals grant for disaster management and environmental hazards teaching exchanges between the institution and Kingston University . It has also resulted in the award of a British Council educational partnership grant.

After giving a speech on the day of the anniversary at the Lviv State University of Life Safety, Dr Flowers was presented with a membership card for the Ukrainian Association of Chernobyl Veterans and a service medal for bravery and exploits, recognising his 30 years' work focusing to Chernobyl and his role forming partnerships with the university during the past five years.

Reflecting on how attitudes have changed in the former Soviet Union since the time of the disaster, Dr Flowers said the amount of information available now was a stark contrast to the situation in the immediate aftermath of the accident. "One of the big changes I've witnessed over the years is in communication and openness," he said. "Ukrainians for many years have been hugely open and transparent. You can go online and find out what the radiation levels are there at any given moment. But, back in 1986, it took two days for news of the disaster to be broadcast."

Research in to the disaster carried out by Dr Flowers and his colleagues has been of huge benefit to Kingston University students over the years. "The work we have done and the research we have been able to incorporate in to courses in the past in areas such as radiation safety has provided students with an invaluable resource," Dr Flowers said. "A number of our students have gone on to have careers in radiation protection as a result, inspired by this work."