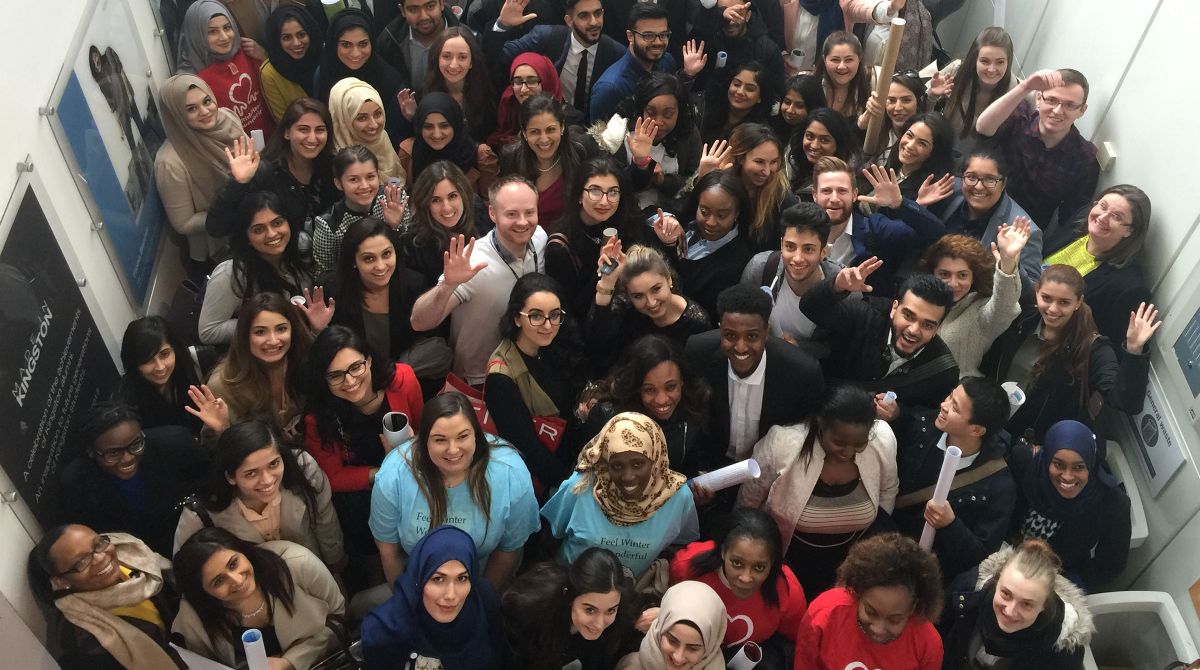 Pharmacy students at Kingston University are developing new ways of using social media to help tackle key public health issues such as obesity, smoking and cancer awareness. As part of a project aiming to show how community pharmacy teams could use digital platforms to deliver health campaigns to a wide audience, final year students were tasked with setting up and managing Facebook pages to share evidence-based advice around the world.

Split into groups, they were assigned one of 12 key health topics that addressed the most commonly reported public health needs, ranging from stopping smoking to weight loss, dental health, cancer awareness and stress. The fourth-year pharmacy students then built up a community of followers over several months, posting regular advice and updates and sharing supportive health messages and videos.

In total, more than 6,000 people from around the world have engaged with the campaign so far, and its success has led to the University's School of Pharmacy being shortlisted in the Public Health Initiative of the Year category in this year's prestigious Chemist and Druggist awards.

Associate professor and pharmacist Dr Reem Kayyali, who supervised the project with pharmacy teaching fellow Phillip Crilly, said feedback from those who engaged with the pages showed such an approach could have a positive effect on community health. "We had more than 600 responses, with two thirds of those taking part saying it had prompted them to make positive changes," she said. "Pharmacists play a key role in delivering public health services in the community and it's vital we continue to explore new ways of helping support people to be healthy.

"We're delighted at being the only University pharmacy school to be shortlisted for this award, alongside several major pharmacy chains, which recognises the work we are doing to showcase the role of pharmacy public health to a global audience."

During the campaign, the students built links with local and national charities, including MIND and the British Heart Foundation, and manned health stands in the University's Penrhyn Road campus to deliver their messages to students and staff in person alongside the social media branch of the project.

Final year student Vicki Beech said what she had learned from the project would be invaluable once she graduated. "I was part of a group promoting cardiovascular health and we used a lot of resources from the British Heart Foundation as well as creating our own video to drive home the messages during the campaign," she said. "It showed how you can use social media to network on a professional level and support people to make the right choices for the sake of their health."

Pharmacy teaching fellow Phillip Crilly, who is currently undertaking a postgraduate research project examining how social media can be used in public health, said the project had allowed the students to apply the knowledge they had gained over the past four years in a real-world setting. "Through this project they have developed really valuable skills that they will be able to put into practice in their careers – working like healthcare professionals within the community, but through a shared online platform," he said.