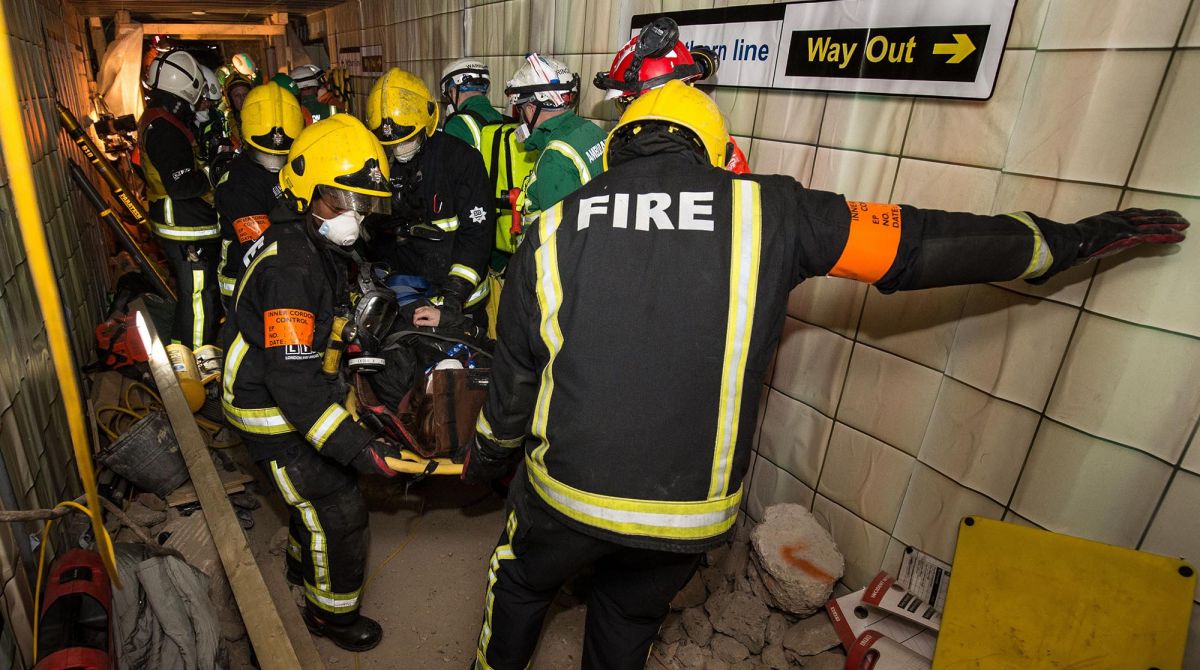 Held at a disused power station in Kent and several venues across London, the operation simulated a tower block collapsing on to the station, with national and international emergency teams practising how they would co-ordinate their response. More than 2,000 volunteers and hundreds of emergency responders were involved in the training exercise, hosted by the London Fire Brigade, which saw around 1,000 casualties either trapped in tube carriages or buried in rubble at the site.

Playing a key role from planning through to the actual event were 21 third-year environmental hazards and disaster management students from Kingston University. They joined forces with teams from the Police and Ambulance services and Transport for London, along with organisations from Hungary, Italy and Cyprus to take part in Exercise Unified Response. 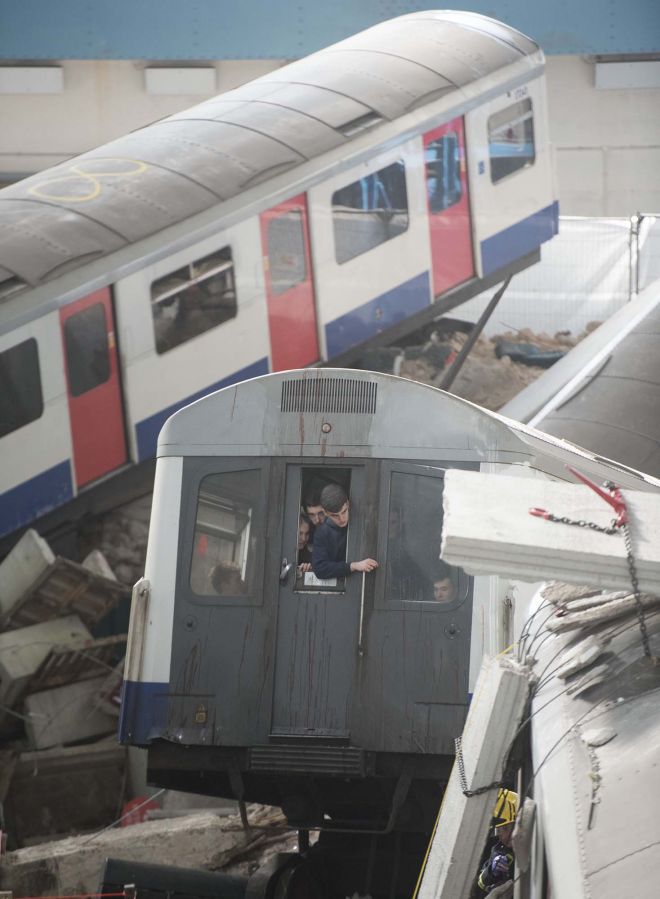 Volunteer casualties wait to be rescued from one of the train carriages during the operation. Image: REX/ShutterstockSplit into several groups across the four days, the students created maps and incident backgrounds to facilitate the emergency response. They also sent tweets and created mock press reports to test the emergency services' media strategy. During the exercise the students prepared the briefing room used by international rescue teams, played the role of casualties on the train carriages in the recreated tube station, and reviewed the wider functions of the disaster response – such as the temporary morgue and search-dog team. They also supported the overall management of the operation at the London Fire Brigade headquarters.

The students' involvement formed part of a practical module of their course, designed to provide them with real-world experience of dealing with disaster management. The link-up came about as a result of course director and associate professor Dr Ian Greatbatch's close working relationship with event hosts the London Fire Brigade.

Dr Greatbatch said taking part in the exercise had given the students vital experience to help them learn how to deal with such events in their professional careers. "The job market is increasingly moving towards emergency management, it's a real growth industry so this was the ideal experience for our students," he said. "After the exercise, we tasked the students with briefing each other about their involvement and they put what they had learned into practice in a follow-up exercise at Kingston University, based on a United Nations deployment to an eastern European country. As well as developing their professional expertise, taking part in the event has been a real confidence booster for them.

"Incorporating a practical element into the third year of the course means that when they go to job interviews they can say they have actually been involved in disaster management, not just studied the theory. A number of the students have already secured jobs with fire brigades and emergency planning teams based on the fact that they have that experience."

Third-year student Abbie Cartmell, 21, from Formby, Merseyside, said taking part in the operation had given her invaluable experience of working at the scene of a disaster. "Being able to speak to the people from the London Fire Brigade and see them working in a scenario like this really brought it to life and helped me understand what I want to do," she said. "I want to go into emergency planning after I graduate, so working on something that could actually happen in the real world was incredibly useful."

Fellow student Kate Warn, 21, from Newmarket, told how the operation had allowed her to see how different teams worked together.  "Playing a casualty meant I got to see how various agencies work together in emergency situations demanding a multi-agency response," she said. "I have been thinking about being a Hazardous Area Response Team paramedic, and getting a taste of the scenarios they could be involved in has given me the confidence that I could go on and make my career in this area." 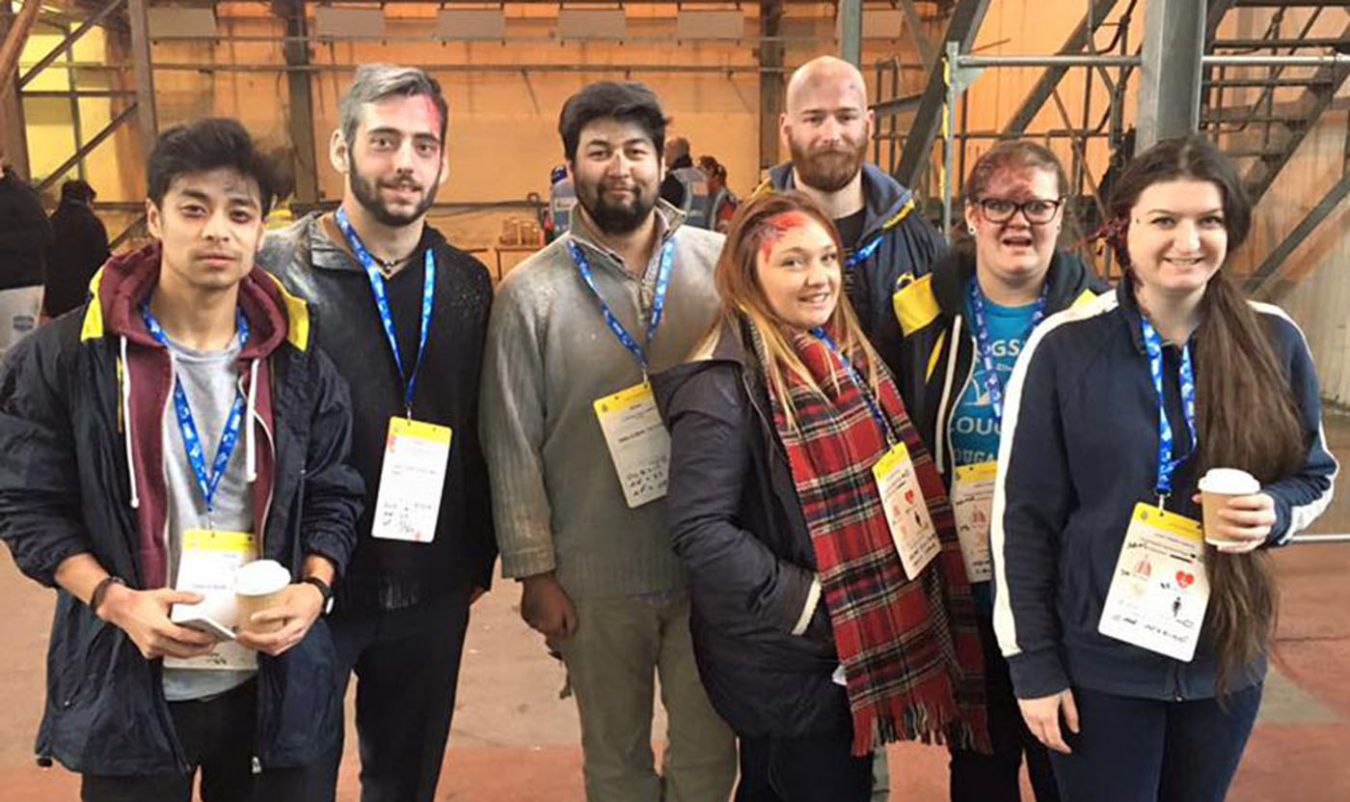 Some of the Kingston University disaster management students who played the role of casualties during Exercise Unified Response.