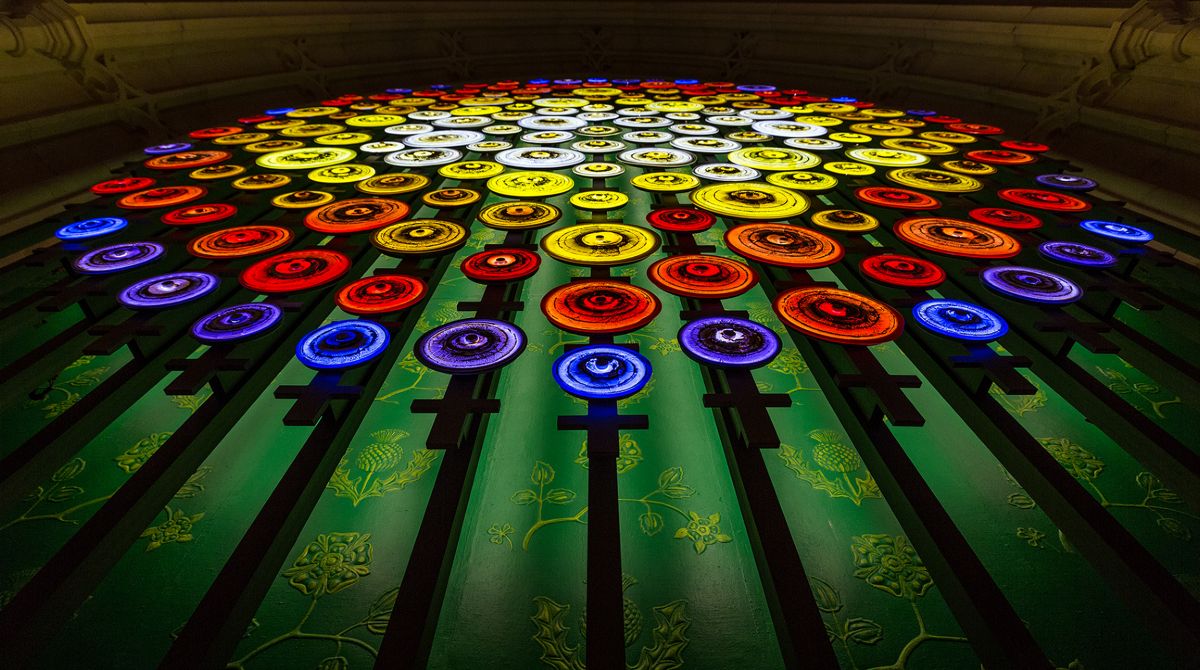 A Kingston University alumna's artwork celebrating the campaign for women's right to vote has been unveiled at the Houses of Parliament. New Dawn by artist Mary Branson is positioned directly above the spot where thousands of women and men demonstrated for equal rights during the late 19th and early 20th centuries.

The six metre high contemporary light sculpture features 168 hand-blown glass discs in the shape of a dawning sun – a symbol often adopted by the suffrage movement during its campaign. The work hangs above the entrance to St Stephen's Hall, a space that was regularly used for suffragette protests. 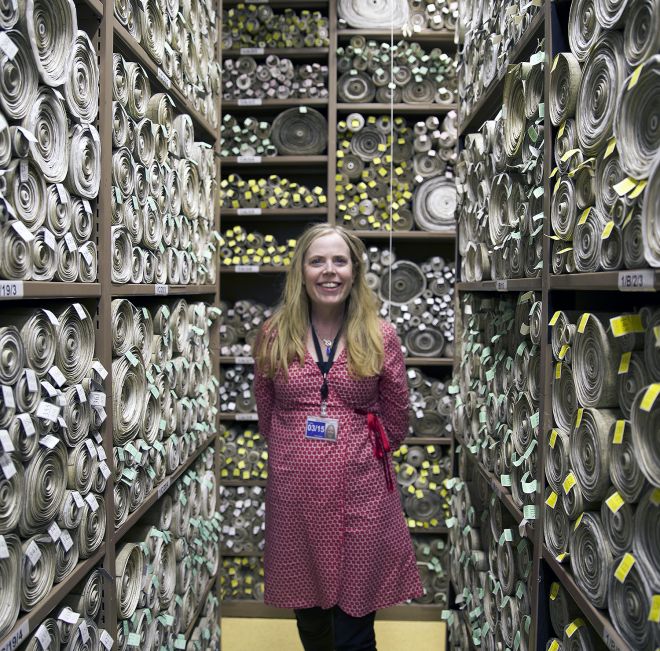 Mary Branson in the Original Act Room, in Victoria Tower at the Palace of Westminster. Photo: Mat Clark

The blown glass scrolls vary in size and include the colours used by all the women's suffrage organisations. Their design is inspired by towering parchment rolls containing the Acts of Parliament stored in the Original Act Room in Victoria Tower.
The piece is also linked to a tide gauge on Tower Bridge that monitors the Thames – as the tide ebbs and flows, the backlighting of the glass changes over a 12-hour period. "The movement of colour reminds us of the unstoppable tide of change – another symbol often used by the suffrage movement," Branson explained.

The New Dawn commission was announced at an International Women's Day event in 2015, sponsored by the Speaker's Advisory Committee on Works of Art. The work is the culmination of Branson's six-month term as artist-in-residence at the Houses of Parliament. "It was a great opportunity to learn about the movement and its influence on our modern democratic society. I came to the post knowing little more than the suffragettes' story, so I spent my residency studying archives and petitions, as well as interviewing MP's and talking to historians and academics associated with women's rights," she said. "We discussed their feelings about the vote and what they thought might make a fitting tribute to all those who had marched and petitioned for equality."

Branson nurtured her skills in the workshops at Kingston University's Knights Park campus, graduating with an MA in Art and Space with distinction in 2004. "My tutors really inspired and challenged me and my time at university helped set the pattern for how I work today," she said. "I think it's important to try to understand your core ideas and to question your own work constantly in order to refine it." 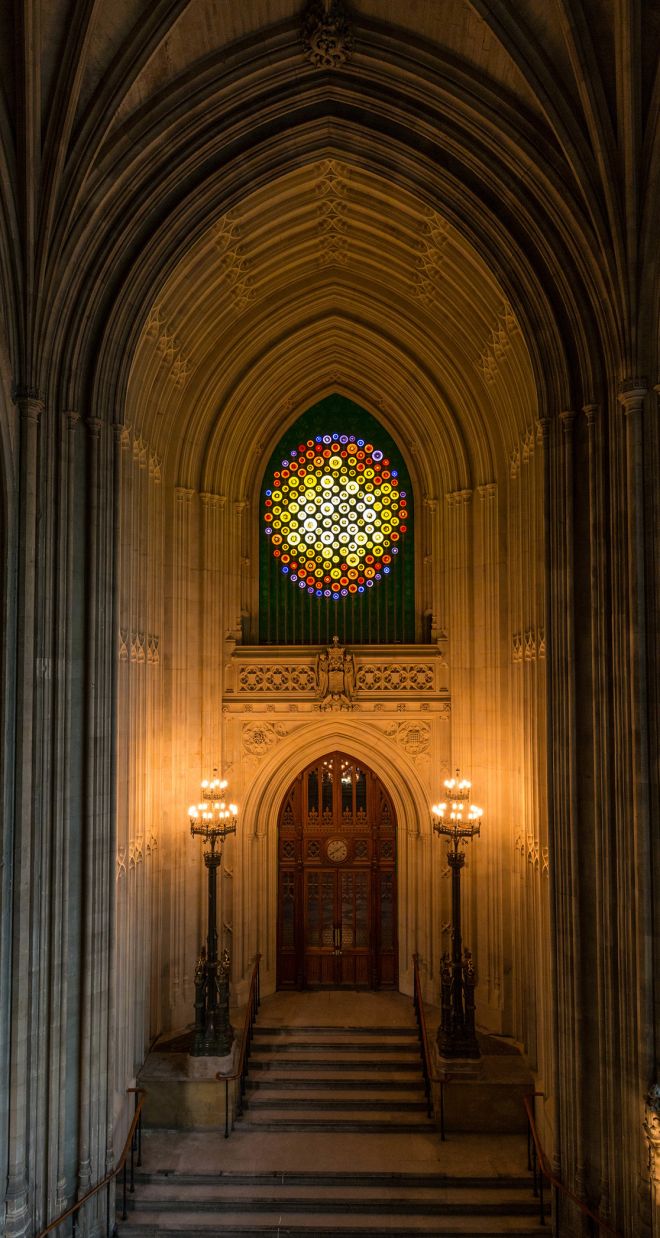 New Dawn, situated above the entrance to St Stephen's Hall in the Houses of Parliament. Photo: Emma BrownProfessor Louis Nixon was Branson's tutor during her studies at the University's Faculty of Art, Design & Architecture and remembers her as an outstanding student. "She has continued to develop the creative interests that motivated her during the MA course to build an inspiring artistic career," he said. "I am so proud of her winning such a significant commission and impressed by the powerful and imaginative way her artwork has commemorated this important historical event."

The project is the first permanent piece of abstract art commissioned for the Palace of Westminster. It was unveiled on 7 June, exactly 150 years after the first mass petition for women's suffrage was presented to Parliament. The multitude of colours used in the piece pay homage to the organisations involved in the suffrage movement, including the National Union of Women's Suffrage Societies, the Women's Freedom League and the Men's League for Women's Suffrage.

Lord Speaker Baroness Frances D'Souza – one of the country's most prominent female parliamentarians – said the role women had played in shaping the history of modern democracy was a subject close to her heart. "Honouring the campaign for women's rights through art and, in particular, through such a spectacular work as this is something I wholeheartedly support. I hope the beauty of New Dawn and the values it embodies are appreciated by visitors to Parliament for years to come."

Branson said she was honoured to have been given the commission. "For women especially, I hope the piece is a celebration of power and determination, she added "It's a fascinating period in history that enabled me to have a voice and has influenced the way I live my life now. I hope it is worthy of all the brave people who fought for equality."

Find out more about studying postgraduate art and design at Kingston University. 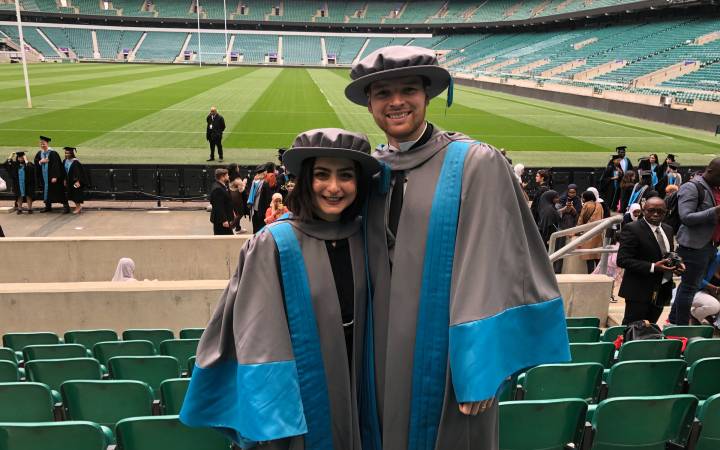 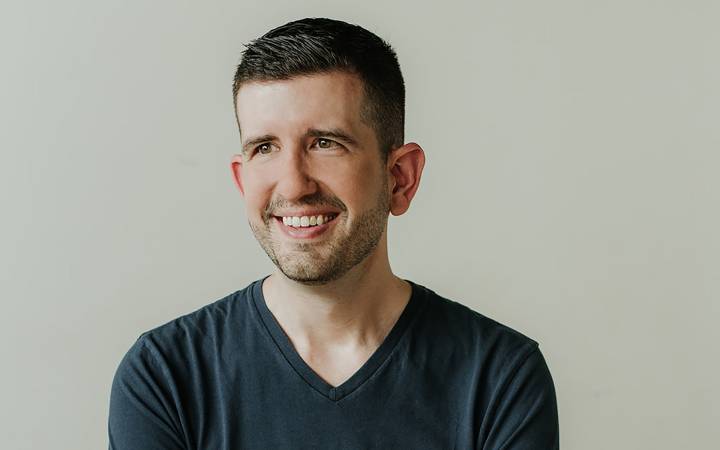 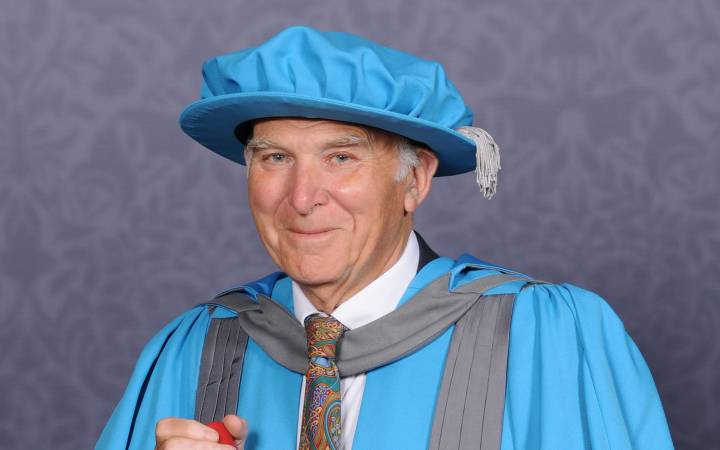