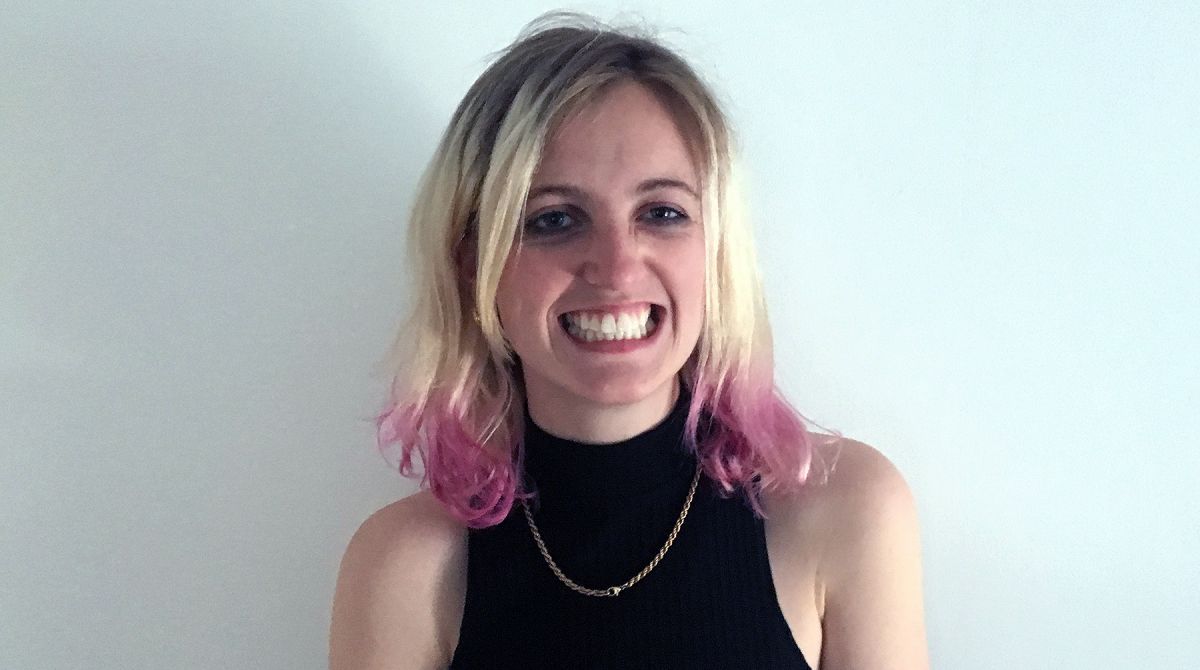 A soul-searching trip to New Zealand last summer provided Pollyanna Marsden with a desire to start her studies afresh – and a call to the Kingston University Clearing hotline was just the ticket to turn her dream of becoming a social worker in to reality.

Six years ago, the student from south west London had begun a degree in French at Oxford University, when mental health issues meant she had to take a step back from studying to focus on her recovery. "I had to rebuild my life all over again and I really questioned what it was that actually motivated me on a day-to-day basis," she explained. "A few months after being discharged from hospital, I decided I wanted to head overseas to focus on myself and find some answers."

Pollyanna's New Zealand expedition led to an epiphany when she realised she wanted to be able to provide other people with the kind of support she had been given. "My gratitude for the incredible help I had received, coupled with my faith, led me to social work," she explained. "It suddenly dawned on me that helping families through difficult times might be my calling."

Eager to get started on her new career path, Pollyanna started to look in to social work courses as soon as she touched back down in the United Kingdom. The School of Social Work and Social Care's practice learning suite, alongside its other specialist facilities impressed her and prompted her to call the Kingston University Clearing hotline.

"It was already July and I didn't want to hang around for another year so I decided to go for it," Pollyanna said, admitting her call had been accompanied by a fast-beating heart. "I was incredibly nervous but I spoke to a friendly hotline operator about my A-level results and goals and was put straight through to the social work team," she explained. "I was worried leaving my previous degree would count against me so I was thrilled to be invited to an interview just a few days later."

Returning to university as a mature student had been made easier by the support she had received from her tutors, the 25 year old said. "I worried that my mental health problems would crop up again, particularly during some of the stressful essay-writing periods, but the academic staff made me feel secure," she said. "They just want all their students to do as well as possible so we can become good social workers which makes for a really supportive environment."

With Kingston University's practical facilities having been a key motivator in Pollyanna's decision to apply through Clearing, she was pleased to have plenty of hands-on opportunities in her first year. "I was able to film myself interviewing service users in a skills lab which was extremely useful," she said. "We were allowed to be self-critical in a safe environment, so I was able to refine my professional manner as a result."

One year on and Pollyanna has thrown herself in to the course, achieving high grades along the way. She has also become a student ambassador, taking her enthusiasm for higher education across the capital as a result. "I love being an ambassador for the university that gave me a second chance," she said. "I have really challenged myself working in different schools and colleges and I've made a diverse bunch of friends in the process. It's even helped me with my studies, as I've listened to the obstacles faced by young people, so in many cases I've learned as much from them as they have from me."

Pollyanna urged students about to go through the Clearing process to take the time to consider what they wanted to do and be willing to pursue it. "Life is long – it's worth training in something you believe in to ensure you're fulfilled throughout your career," she said.