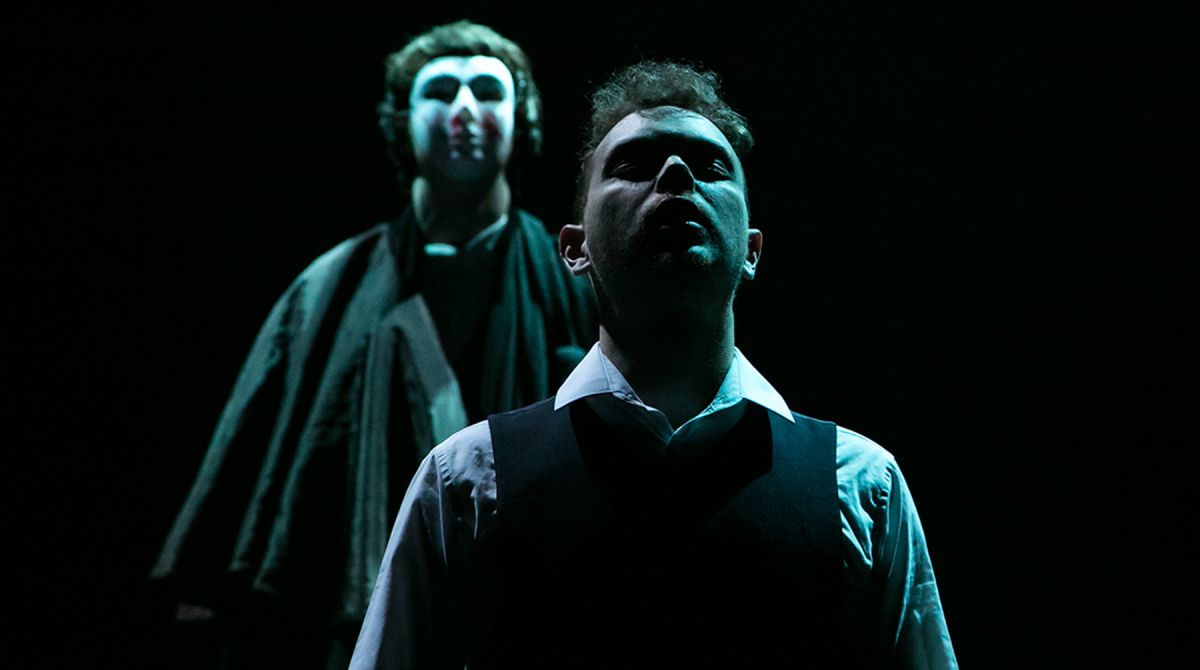 Aspiring actor Josh Orme had nurtured ambitions to perform on stage ever since first experiencing the thrill of treading the boards at his local theatre as a young boy. Determined to fulfil his dream, Josh was keen to secure a place on Kingston University's drama degree and was delighted when Clearing offered him that chance.

Originally from Manchester, the 23 year old had completed a year of study at another university but when things didn't go to plan he decided he needed a change of scene and headed south to Kingston. He had grown fond of the town during his frequent visits to see a friend who was studying drama at the University.

Once he had made the move, Josh had a chance to re-evaluate his priorities and resolved that going back to studying was top of the list. Performing had been a big part of Josh's life since staring in a local pantomime as a child. "When I went out on stage and felt the presence of the audience I completely fell in love with acting. It was one of the greatest experiences of my life."

His first began to entertain the idea of applying to study drama at Kingston University after hearing about the institution's close ties with local theatre the Rose. "I had heard about how closely the students worked with the theatre, using its rehearsing spaces and getting involved in some of the theatre's productions," Josh said. "I had also heard great things about the quality of teaching at Kingston University and that was the tipping point when it came to deciding whether I wanted to go back to studying," he said.

The budding actor soon realised he had missed the application deadline but adamant that the curtain would not fall on his degree ambitions, he called up the Kingston University Clearing hotline. Josh said Clearing had been stress-free for him and staff at Kingston University's hotline had been incredibly informative. "The process of going through Clearing was really straightforward. I was very surprised to be put straight through to the head of drama within minutes of getting through to a hotline operator. It was brilliant to be able to find out about the course from someone right at the heart of it," Josh said.

Within just two weeks of making the decision to get back into studying, Josh enrolled at Kingston University and has embraced every opportunity that has come his way. He has already performed at the Rose theatre as part of the University's annual drama, dance and music showcase Kingston Onstage – an experience he relished.

Josh said one of the things he loves most about his course is the balance of theoretical content alongside the practical and performance work. This enjoyment is enhanced by his tutors – some of whom are also working in the industry alongside teaching. "They have immense experience in the field – they may go to work on set or go to audition and then come to our classes and share all of their experiences and insight with their students."

Josh had no problem settling in to his new life amongst the cast of new Kingston University students. "It's amazing how many fellow students you meet in Kingston town centre. I found it so easy to make new friends even before my course had started."

Josh is grateful for having been given the opportunity to go back to university at the last minute and believes that you can achieve anything you put your mind to. As someone who has been through the Clearing process himself, he is keen to reassure students who may be in a similar situation as he was not be put off applying to university. "Clearing far less daunting than I imagined. It was so quick and easy – there's really nothing to be worried about, just be sure to call the hotlines of places you're interested in as soon as possible."