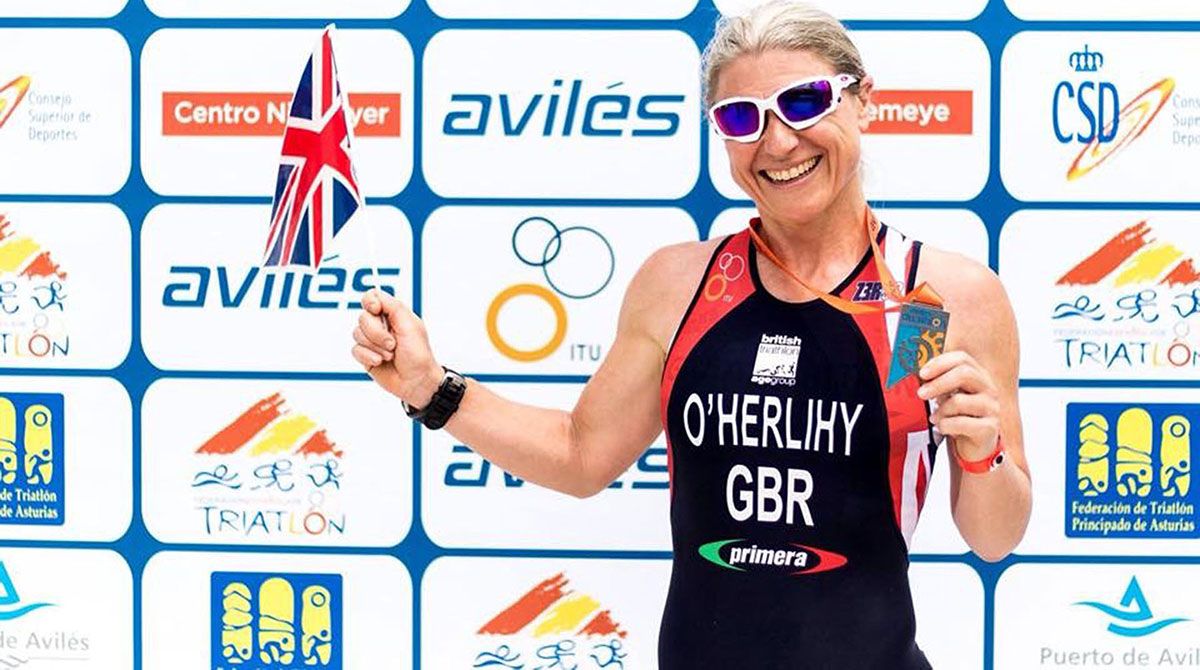 With the Rio Paralympics kicking off and the afterglow from the Olympics still burning bright for Team GB, Kingston University London student Louella O'Herlihy – who scooped a silver medal at the Duathlon European Championships in Germany earlier this year – hopes the Rio games will be a catalyst to encourage more people to take up competitive sports.

Louella, 47, who is studying for a degree in acupuncture run by the College of Integrated Chinese Medicine and validated by Kingston University, said she was particularly hopeful that people would be inspired by successful older competitors and realise that it was never too late to pick up a new sport.

Initially a women's rugby player, Louella joined a running club and only took part in her first triathlon in 2011. A triathlon is a multiple-stage competition involving the completion of three endurance disciplines – most commonly swimming, cycling and running – over various distances. When she'd first competed, she hadn't known very much about the events, Louella admitted. "I didn't even realise that people wore wetsuits, so I was the only competitor taking part attired in a bikini," she said. 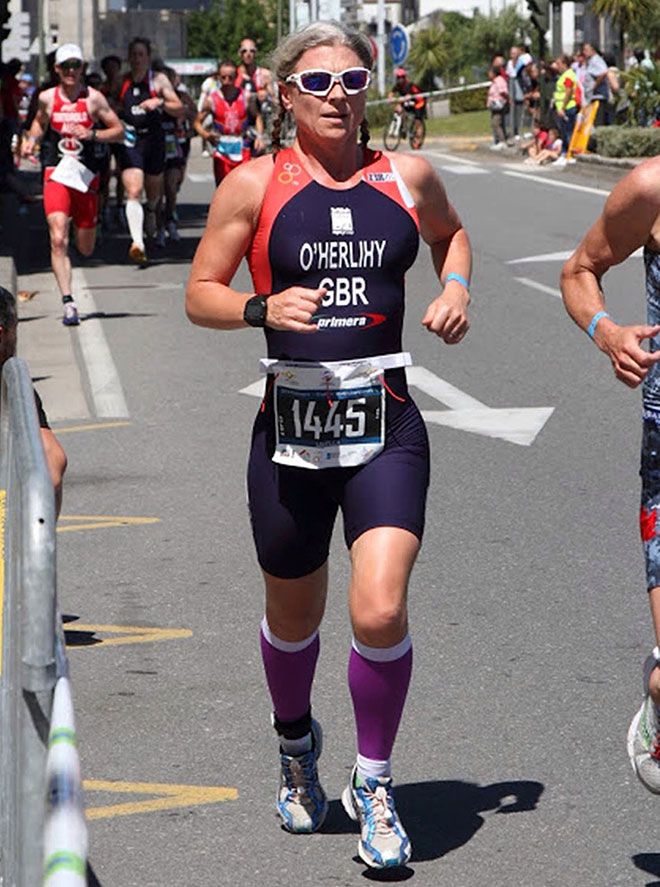 Mature student Louella O'Herlihy took part in her first endurance event in 2011.Louella believes her European Championship silver medal win has been her proudest sporting achievement to date, but this feat is just the latest in a long line of successes. The talented athlete has also won the prestigious Brutal Duathlon in Dorset, achieved Bronze in her age group at the British Duathlon Championships and secured Gold in the 2015 European Standard Duathlon. Duathlons involve running and cycling endurance events. "I'm also heading to Croatia and the USA this year to compete," Louella said. "I'm really lucky that I get to travel – 40 to 180k bike rides, for example, are a great way to see the world."

Before starting her acupuncture course, Louella worked as a specialist cystic fibrosis physiotherapist and she's also managed to add two other degrees – in physiotherapy and German studies respectively – to her impressive resume. According to Louella, her academic and athletic skills are closely connected. "When competing in long distance solo events like the triathlon and duathlon you need endurance and determination," she explained. "I would say that a good academic grounding can keep you strong physically as well as mentally."

Louella is on the top tier of Kingston University's Sports Performance Programme, which is designed to help gifted athletes juggle intensive sporting schedules with their academic studies. "It is our job to help students keep a healthy balance between the two," sports development manager Jo Heath explained. Recognising that students competing at senior international level in sports sometimes need academic flexibility, Jo's team works alongside faculties and personal tutors to support individuals. "Other benefits include; financial help, free Fitness Centre membership and workshops on such topics as nutrition and performance analysis," Jo explained.

The elite sportspeople on the programme also play an important role as sports ambassadors for the University so they are inspiring role models for other students. "I am focusing on women this year as part of the national ‘This Girl Can' campaign," Jo said. "Louella is certainly one girl who ‘can' and it's great to know we have contributed to her success."

For Louella, who balances two days a week at college with track sessions and training twice a day, the main benefit of the Sports Performance Programme has been the sense of belonging. "Being part of Team Kingston has helped me to be part of Team GB," she said.

Looking to the future, Louella said that having competed at Ironman last year (3.8k swim, 180k bike ride and 42k run) her ultimate goal was to make it to the World Ironman championships in Kona. "These might seem like big distances now, but I started out by running in 5k fun races such as Parkrun," she added. "Anyone, whatever their age, can challenge themselves and I would love to see a ‘Master Olympics' for the over 40s one day." 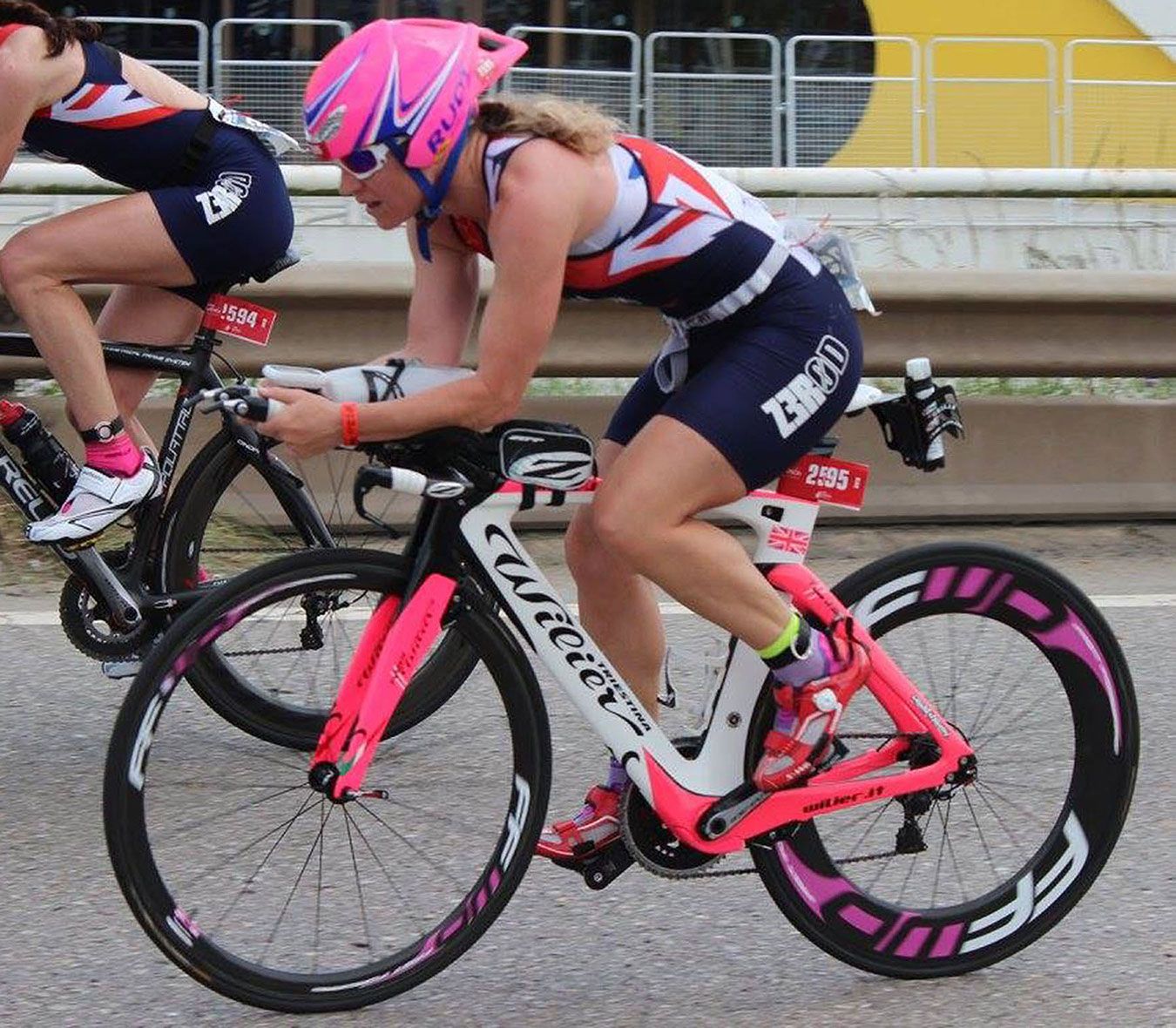