Legendary record producer Tony Visconti – who has worked with some of the world's greatest names in rock and pop such as David Bowie, Marc Bolan, Morrissey and U2 – has opened a new analogue recording studio at Kingston University, named in his honour.

The Visconti Studio is based around an unusual, octagonal-shaped live room and stocked with vintage and rare recording equipment and a unique collection of instruments including a Hammond organ, Steinway grand piano and a Mellotron – an instrument used by Paul McCartney to produce the flute-like sound in the introduction to the Beatles' 1967 classic Strawberry Fields Forever.

The studio is the focal point of a research and teaching project which will see the innovative music producer recording with Kingston University students and staff, as well as invited guest artists. Based on the heritage of technology and sound of analogue recording and production, the new partnership will also involve the British Library and Science Museum.

Having spent the past five decades recording music with leading lights in rock and pop, Mr Visconti, now a visiting professor at the University, felt in a unique position to share his wealth of experience and technical skills with the next generation of music producers. 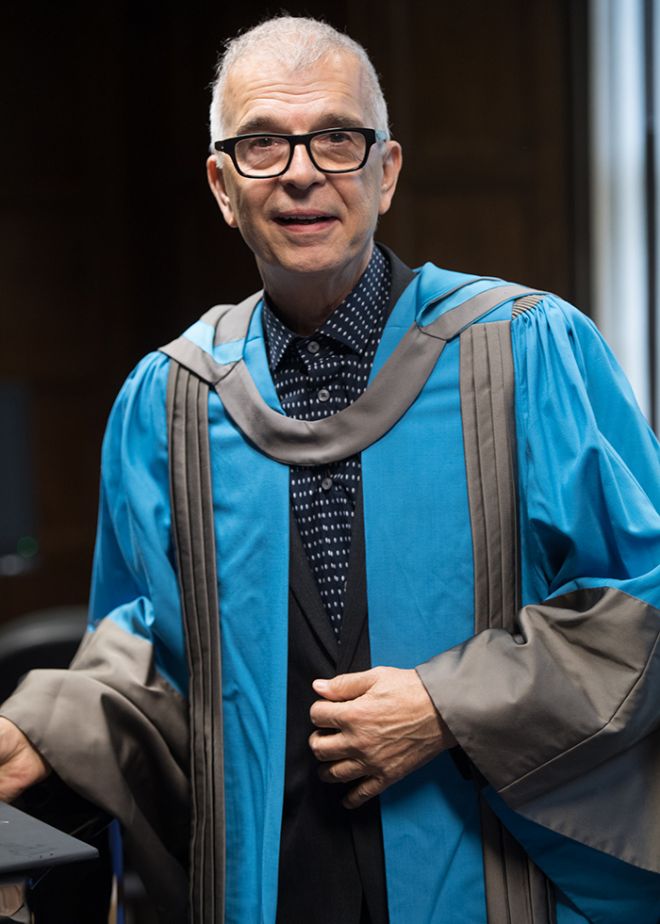 Tony Visconti receives an Honorary Doctor of Arts and is named Visiting Professor at Kingston University
"I'm interested in giving the students a flavour of what the real world is like in a recording studio," Mr Visconti said. "I came from an education where you started as the person who made the tea and worked your way up the ranks and that system doesn't exist anymore. I'd like to impart that experience while I'm with the students."

Despite a busy schedule, Mr Visconti feels a responsibility to make sure his knowledge is passed on: "Kingston University wanted a state-of-the-art analogue studio and I feel I have to do this – I must be with the student body and show them the traditional ways of recording music," he said.

As part of the launch of the studio, the award-winning producer worked with a group of Kingston University students to produce new material for the British singer songwriter Mary Epworth, who played a live set at the opening ceremony.

Working under the guidance of one of the most revered record producers of the modern era had been a huge privilege, explained Alistair Beveridge, who is studying for a Masters in Production of Popular Music. "When I came to Kingston University to find out how records were made, I never imagined I'd be learning from the person responsible for some of my favourite ones," Alistair said.

Isabella Van Elferen, director of research at Kingston University's school of performance and screen studies and director of the Visconti Studio, believes the opening of the new facility could not be better timed. "The world is rediscovering the warm sounds of analogue recording, which have got lost in the age of digital precision," Professor Van Elferen said. "Analogue is hot right now."

Professor Van Elferen explained that a key part of the project would be to "revive" the sound of analogue recording through reverse-engineering famous analogue tracks and creating new compositions using the technology available in the Visconti Studio. "Not many studios can boast a 300 metre square live room which – with its wooden floor, octagonal shape and high ceiling – creates a beautiful, crystal clear sound. There are possibly only two studios world-wide that have such a large live space – Abbey Road in London and Electric Ladyland in New York."

Mr Visconti – who has just been made an Honorary Doctor of Arts by Kingston University in recognition of his outstanding contribution to studio production – said he was delighted to be part of this new collaboration to spearhead the return of analogue.

"This is a fantastic, unique opportunity for me as I barely made it out of high school and my university education was 50 years in the recording studio. Working here with students at the Visconti Studio – which has the potential to be a first class facility – is going to be a magical time for me. I say to the students here at Kingston University, go out and make analogue recordings. It's the way music should be heard and it's a beautiful thing." 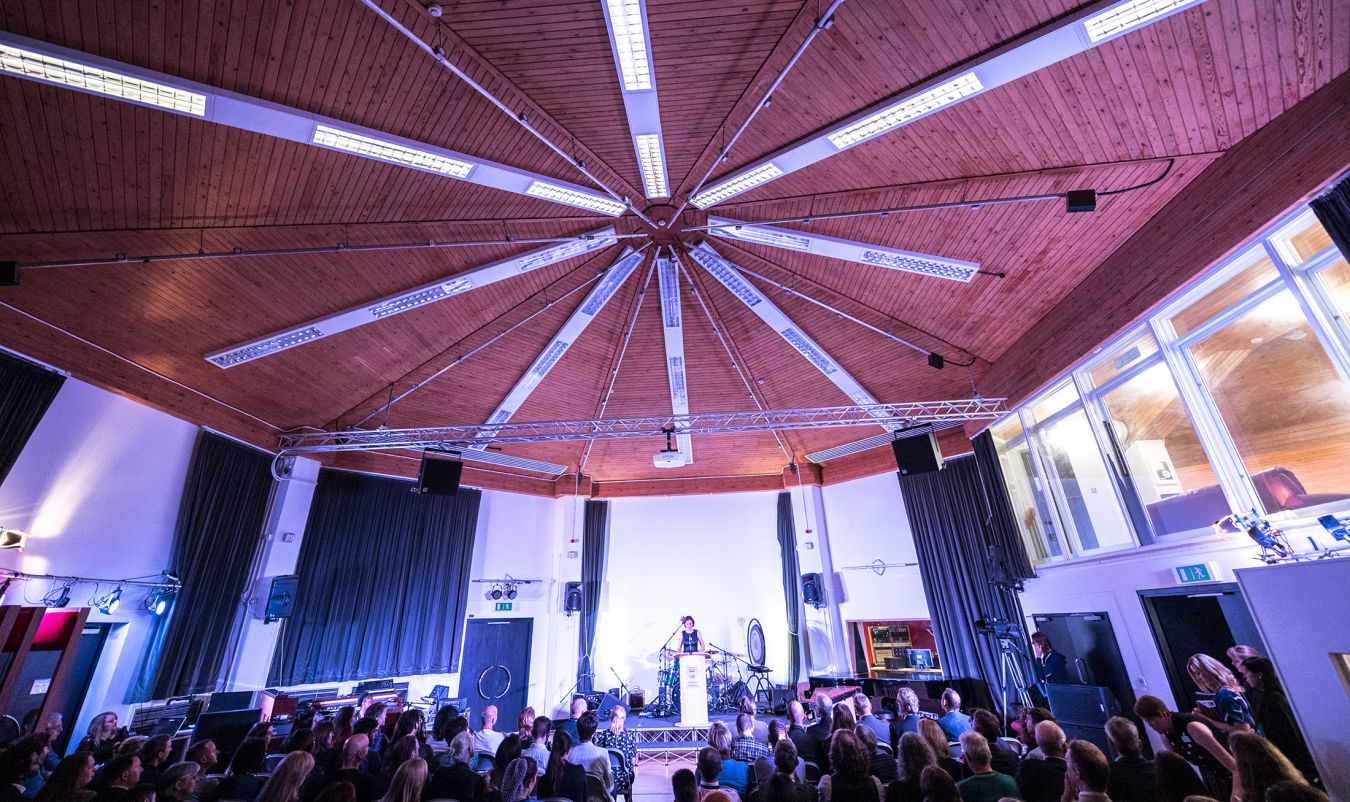