Author Matt Haig captivates audience with views on writing, reading and what it means to be human as part of Kingston University's Big Read project 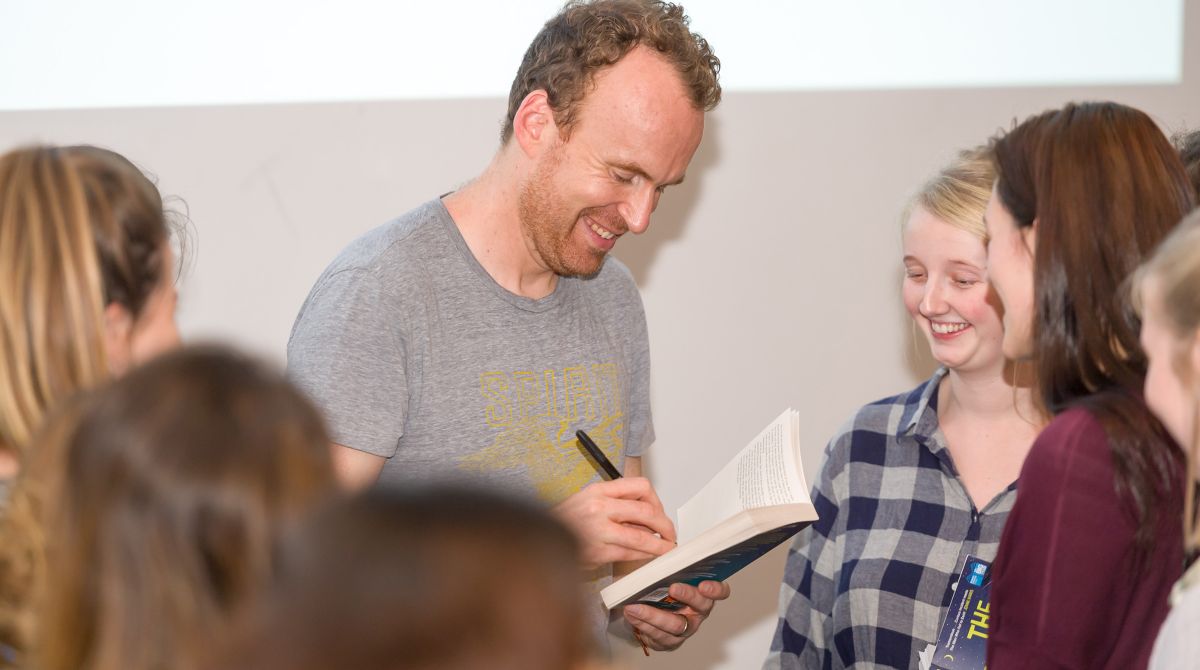 Avid readers from across Kingston University have made the most of an opportunity to meet author Matt Haig during the first of a series of campus visits staged as part of its Big Read project. Haig, writer of this year's Big Read novel The Humans, visited the University's Penrhyn Road campus during Welcome Week in September.

He has long been a keen supporter of the Big Read initiative - a scheme that offers new students and current staff the chance to read the same book and have something in common to talk about as they settle in to campus life at the start of the new academic year.

"My publisher called me to say my work had been shortlisted for the project and asked if I would be willing to visit the University to give talks," he said. "It was such an honour to be considered, especially for this book as it's the novel that I'm most personally attached to. I love to hear about new people reading it. Kingston University is really trailblazing with the Big Read and I'd love to see the project taken up in even more places."

As an enthralled audience listened on, Haig answered questions about The Humans, his career and dealing with mental health issues for more than an hour. He spoke about how he believed books should be accessible to all and, instead of trying to be elitist, novels should be seen as a way of communicating and sharing ideas. "When I started being published, I thought you had to be a certain way to be an author," he said. "We have this idea tied up with class and the education system, that books have to be a certain thing but, really, books are just a form of communication. I deliberately tried to shake off all kinds of pretentiousness and just write as naturally and clearly as I could.

"The Humans was the first time I felt that I could write what I wanted to write. I could just communicate," he added. "I could forget about it being a book and just tell a story, speak across a table to someone rather than talking down to them."

Audience member Eliot Lord, who is studying fine art, was impressed by Haig's candour. "I really loved the way he answered all the questions," he said. "He was so sincere."