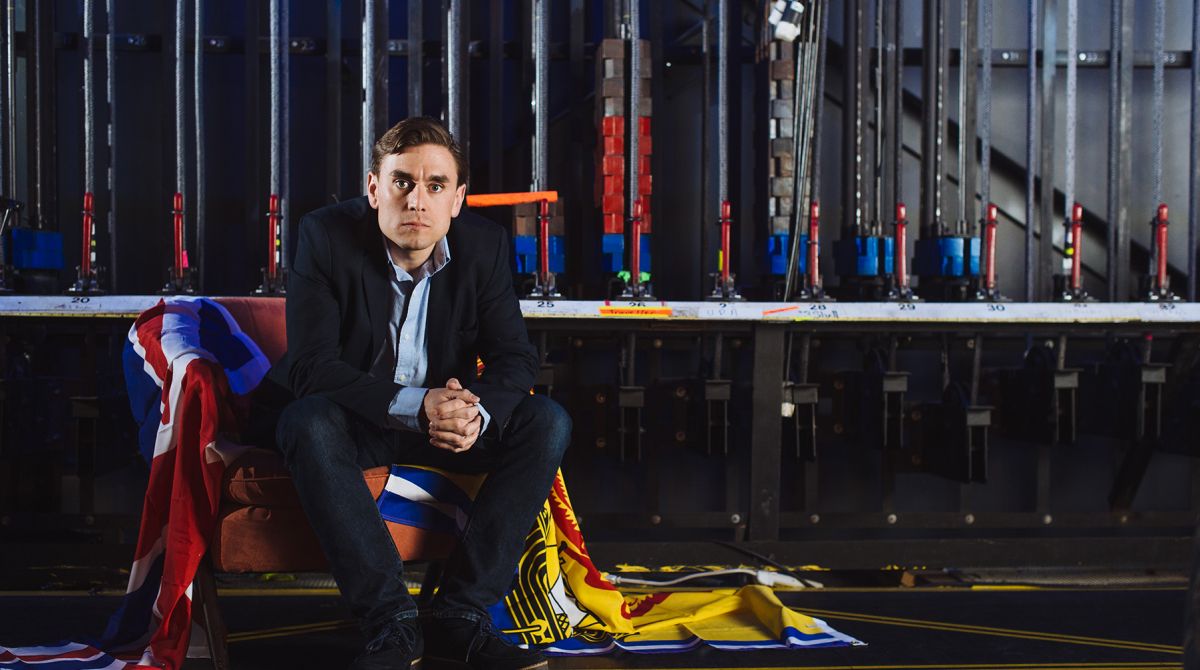 Kingston University English literature alumnus James Mullinger secured a one-week internship at GQ magazine when he graduated in 2000, after writing to every magazine and newspaper in the country. Sixteen years later, he's celebrating the release of big-budget British comedy The Comedian's Guide to Survival - a film about that very journey.

The film has been described by NME as "funniest film of the year". It's about James' journey from journalist and wannabe comedian, interviewing real comedians as part of his job, to becoming one himself.

The beginning of his comic journey, he says, was at Kingston University when he successfully auditioned for a part in a production of Habeas Corpus by Alan Bennett with RADA (the University's Really Amateur Dramatics Association). "I was very nervous on the big stage but loved getting laughs in my role as the 'breast inspector'," said James. "This was my first time on stage and I loved it."

He also wrote for university newspaper Rhubarb. "Writing for Rhubarb definitely helped me get my internship at GQ. They were very impressed that I spent so much of my time writing about things I felt passionately about even though I was doing a degree that involved a lot of writing."

James' entrepreneurial skills also emerged during his time at Kingston University. "In my second and third year I lived locally and financed myself by selling VHS videos on eBay. I would search to see which ones were going for lots of money, then look for them in charity shops, second-hand shops and car boot sales. I was studying and essentially running my own little business that paid me on average about £40 a day."

He vividly remembers discussing with his flat-mates whether he should pursue journalism or comedy. "I remember really, seriously worrying about what if I never got to do either of them. I'd tell my 20-year-old self now that everything would work out even better than I had hoped. But then, maybe if I had known that I wouldn't have worked so hard to make it all happen. Then it wouldn't have happened."

James says he's incredibly proud of being a Kingston University graduate. "It's an incredible university that does so much for its students. I felt lucky to get in, and still feel lucky today that I had that experience," he said. "I remember arriving at Kingston University on my first day, a very shy boy, full of insecurities. Over my three years there, many Kingston lecturers changed my life and definitely helped mould me into the person I am today."

He's laden with advice for future journalists after that brief internship became a 15 year career at GQ: "Never stop trying. Never stop pushing," he said. "The best interns I ever had at my time at GQ are all now in very senior levels of magazine publishing. Go in there, be keen and, most importantly, use your common sense."