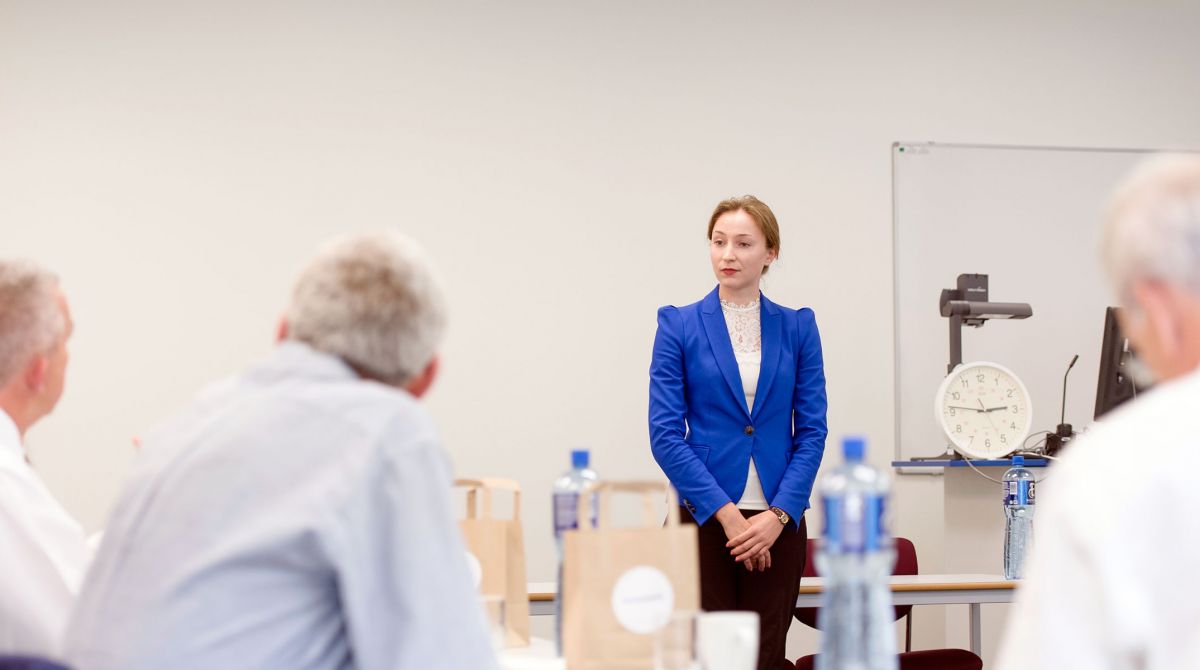 High-flying current and former Kingston University students have had the chance to take part in a Dragon's Den-style contest. The competition was held as a part of a series of activities to mark the launch of this year's enterprise programme which showed students what support is available to develop their entrepreneurial skills and turn their business and social enterprise ideas in to reality.

This year Kingston University has - for the sixth time - topped the table for graduate business start-ups. According to the latest government figures, the University helped 371 of its entrepreneurial graduates get their companies off the ground last year, meaning that Kingston University students set up one in 10 of all graduate start-up businesses launched in England in 2015.

Addressing the new cohort of students at the enterprise programme launch, Kingston University's Head of Enterprise Education Dr Martha Mador said she believed the University's success was down to the enterprise journey it took students on. "Contrary to popular belief, enterprise education isn't just about helping business students to start up new companies," Dr Mador explained. "At Kingston, as well as the specific enterprise support we provide, there is also an entrepreneurial thread running through every single course which helps all our students learn best business practice, evolve their creative ideas and develop their problem-solving skills."

Entrepreneurship Project Manager Dwain Reid outlined the resources and help on offer. "We provide diverse training opportunities for students," he confirmed. "By attending regular workshops and masterclasses, students acquire new skills to help them design their own future as entrepreneurs." Dr Mador also announced an ambitious target for the University's annual Bright Ideas competition where students have an opportunity to win funding for their business idea or social campaign. "Last year we had a record-breaking 600 high-quality applicants for the competition so this year we are aiming even higher with a new target of 800 applicants," she said. 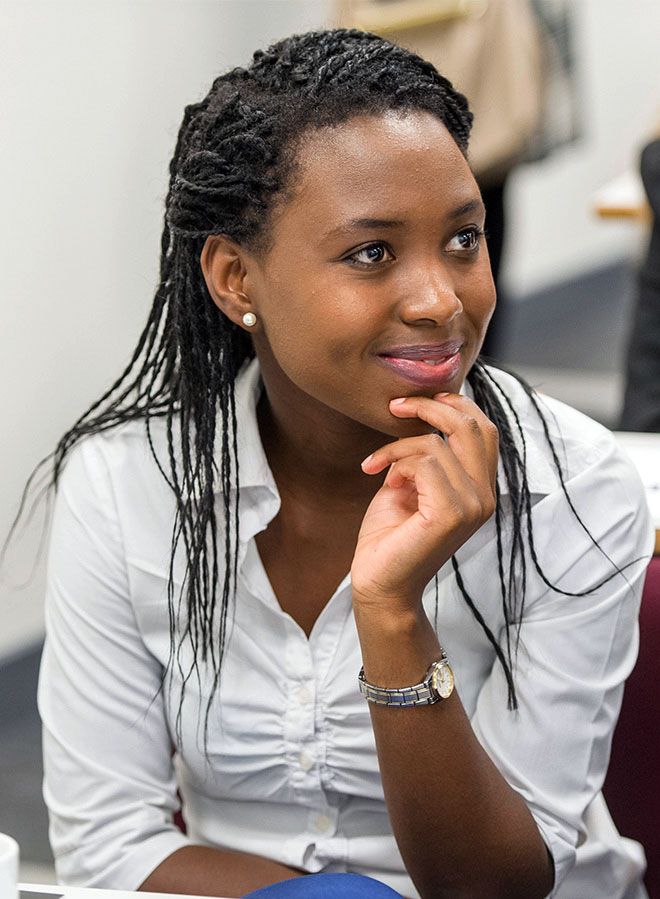 Founder of Quickmunch Patience Mhindu pitched her start-up at the enterprise launch at Kingston Business School.The first part of the Dragon's Den-style competition, which was called the ‘enterprise circle pitch' saw eight start-up entrepreneurs in a room presenting their idea to the funding dragons - a panel of judges made up of industry professionals - in a bid to get them to invest their specially created Kingston University ‘dollar' banknotes. The pitchers then moved to exhibition stands at the University's Business School atrium where they joined people from six other start-ups to further sell their wares to staff and students, as well as the judges. At each stand there was a goldfish bowl in to which dragons could drop their dollars to indicate interest in the business proposition.

Successful student entrepreneur Patience Mhindu, who took part in the University's enterprise programme last year, was pleased to see a number of the banknotes drop in to her bowl. The final-year Kingston University actuarial science student's company Quickmunch, which is in its second year and already making a profit, is an online food delivery service that targets meal-for-one customers. "I want to increase my resources as I'll graduate next summer and will then face the real challenge of trying to earn a living through my business," she said.

Later, in a packed lecture theatre, the audience was treated to pitches by representatives of the four companies which had most impressed the judges - KluedOn, L Samuel Notebooks, Stauncch and Grocemania. 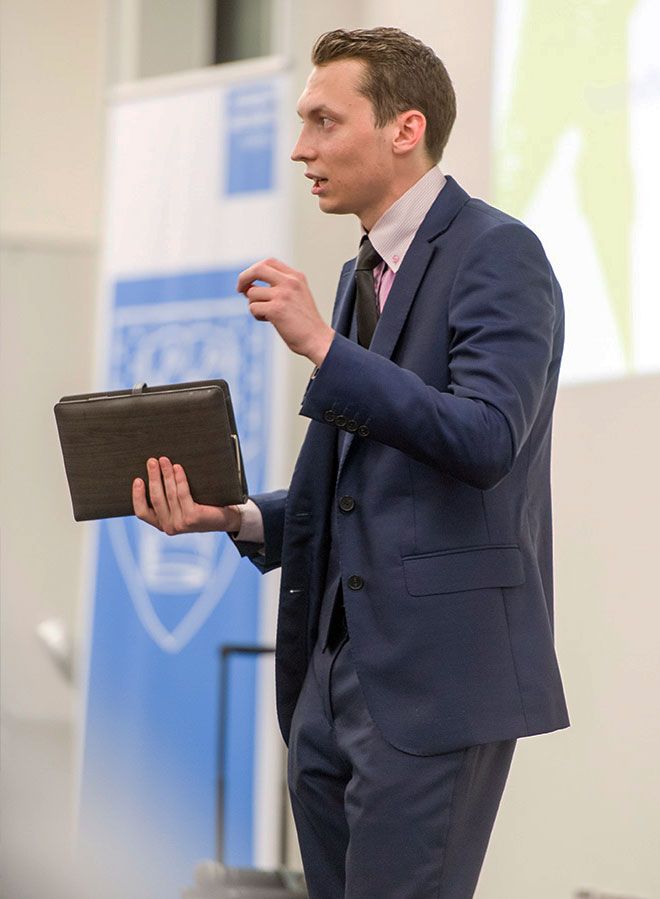 Sam Nozdrachov secured the winning prize for the best pitch for his stationery start-up Samuel L Notebooks.KluedOn founders outlined their app which finds solutions to problems that can't easily be found through standard search engines. Meanwhile, L Samuel Notebooks described how fashion meets function in the company's high-end stationery with integrated battery charging technology. The founders of Stauncch - winners of the Company of the Year at the United Kingdom Enterprise Start-Up Awards - provided a presentation on their highly reflective cycling gloves and, finally, start-up duo Grocemania presented their speedy local delivery solution for supermarkets.

Sam Nozdrachov, founder of Samuel L Notebooks clinched the winning prize of a £300 Amazon Voucher, for collecting a total of 2,100 Kingston University Dollars from the judges. Dr Mador, who introduced the finalists, was keen to encourage other potential business owners. "You may think that you do not know where to start with your idea, but a year ago the start-up founders who are pitching here today knew very little either," she suggested. "We want to inspire you and help you be confident about your potential."

The Launch culminated with a speech by Kingston University graduate and businessman Oliver Jones. Mr Jones - who has started and co-founded several businesses including Babel Language Consulting and China-based infrastructure developer Chayora - shared some key advice with the student audience. "All businesses start with an element of risk. Don't be the person who hits their sixties or seventies who says, ‘I nearly did...' or ‘I was going to....' ," he advised. "Sometimes you have to just roll the dice. Believe in yourself and pursue your goals." 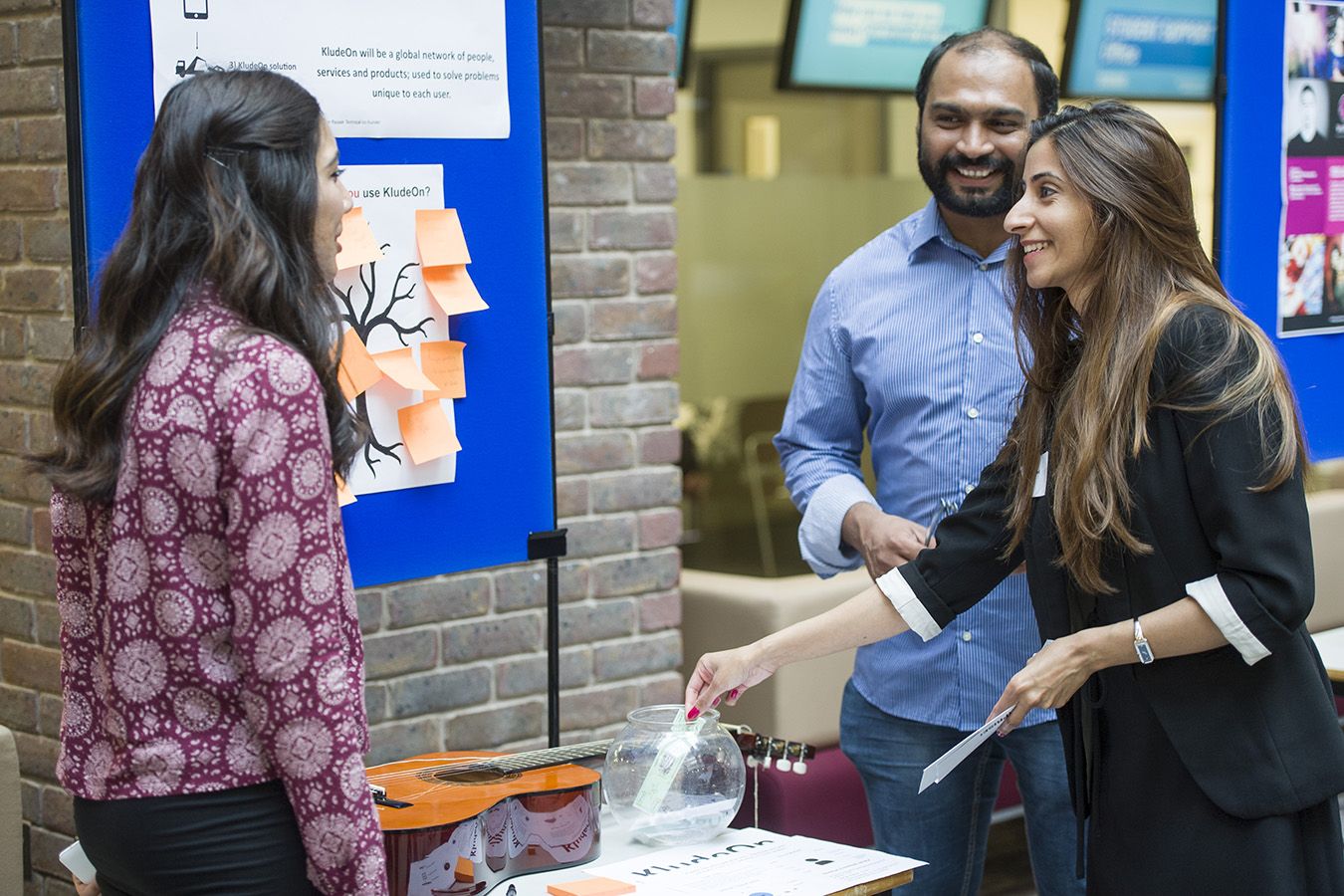