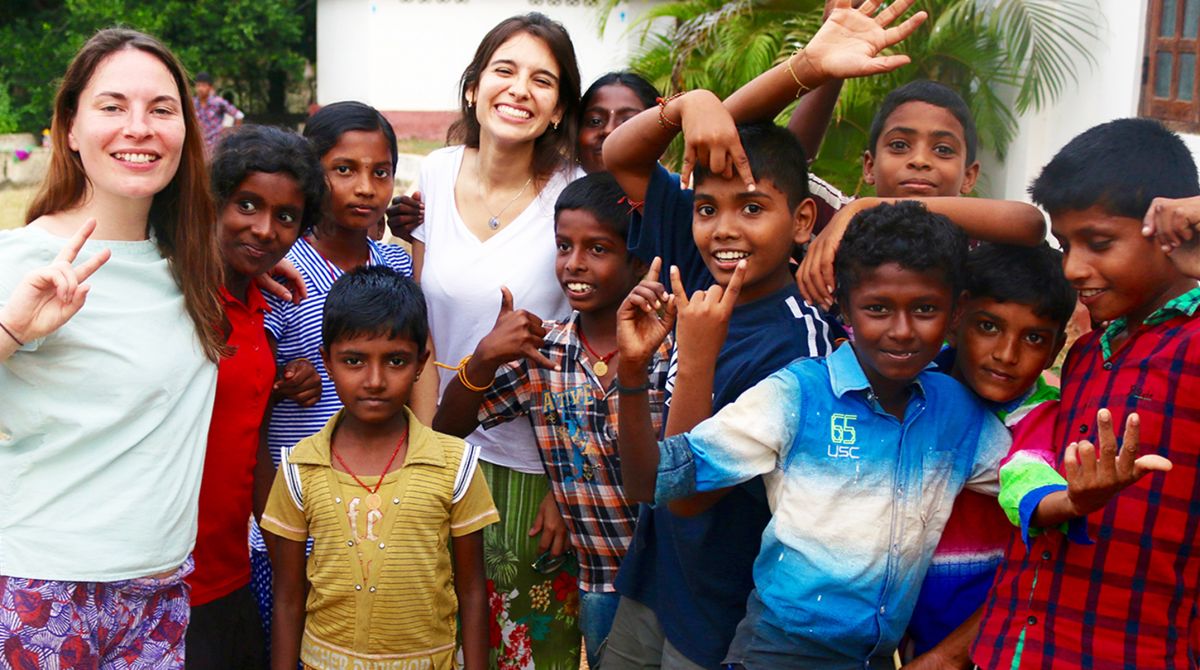 A group of 13 Kingston University students has been involved in a life-changing trip after taking part in a volunteering expedition facilitated by the Lebara Foundation. The majority of the students visited two slum communities in India on a cultural exchange programme where they taught English, dance and sports to children and took part in yoga and craft activities with their mothers.

It is the third year that Kingston University students, accompanied by staff, have participated in the programme, which aims to encourage them to go out in to the world to be ambassadors of humanitarian and positive social action. The joint project had been so successful in India that this year it was extended to Sri Lanka, with two members of staff and two students heading off to Kilinochchi in the northern part of the country as part of a pilot professional skills academy programme for teenagers and young adults.

Lebara is a global telecommunications, entertainment and money transfer services company, co-founded by Kingston University engineering graduate Yoganathan Ratheesan. Ratheesan, who was born in Sri Lanka, set up the charitable Lebara Foundation after being moved by the plight of people forced to evacuate their homes following the 2004 Boxing Day tsunami. The foundation's goal is to provide food and nutrition, health services, safe drinking water and education for displaced and vulnerable communities around the world. 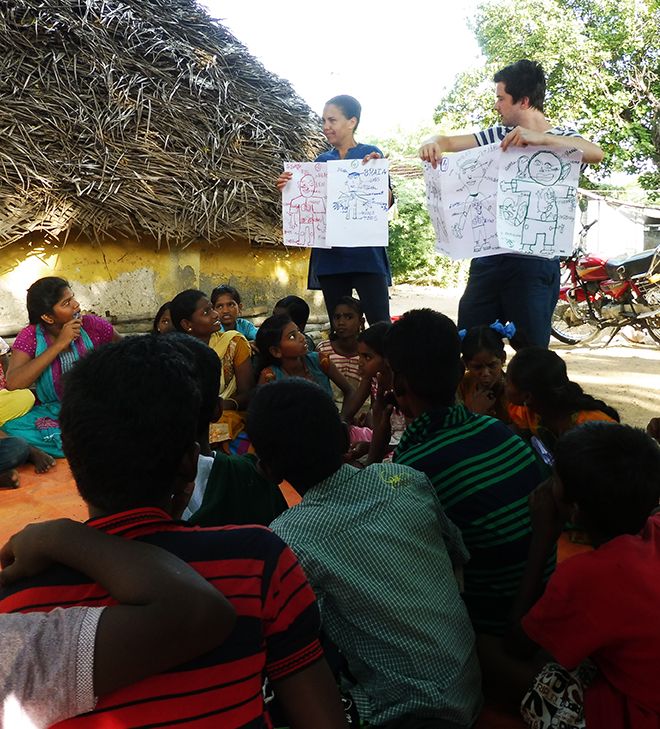 Staff member Julia Millette and student Nick Perry taught Indian children the names of body parts in Sempet.Following a selective interview process, project volunteers underwent an intensive pre-departure preparation programme jointly co-ordinated by the Union of Kingston Students, the University's Study Abroad International Learning team and the Lebara Foundation. This gave them an understanding of Indian and Sri Lankan culture, helped them generate fundraising ideas and showed them how to plan fun – but also useful – lessons.

The Sri Lankan team worked with children aged 10 to 18 in a part of the country that has been badly affected by civil war. Meanwhile, the Indian programme – made up of a group of 11 students and five staff  – began and finished their trip at the Lebara Foundation's headquarters in Chennai, either side of week-long placements to communities in Sempet and JJ Nagar where they taught children between the ages of five and 12.

Mark Alger, education liaison officer at Kingston University, was part of the Sri Lanka team helping teenagers acquire life and employability skills. "My day-to-day role involves delivery of outreach activities within local schools and colleges, so I felt like I had useful skills and experience to contribute," he explained. Mark said he had been slightly nervous in the lead-up to the trip as he'd never travelled to that part of the world before. "I wondered – would culture-shock kick in and would I be able to handle the heat?" he admitted. "The pre-departure sessions and support we received – not to mention the magnificent help from our hosts when we arrived – made a huge difference though and I will cherish the memories of my time with the children and young people for many, many years to come." The team taught children from the ages of 10 to 18 in the Indian communities.Sempet, which is built next to a leather factory, is home to 400 people while JJ Nagar – a much poorer settlement situated on vacant land alongside the national highway – has no electricity or reliable source of water. Teams at both places taught the children English and played educational games with them, ranging from an energetic maths sports day to playing 'Simon Says' to help them learn the English words for body parts. Volunteers also spent time with the children's mothers, making purses and dreamcatchers and taking part in other art and craft projects. The hope is that these activities will continue so that the resulting products can be sold to provide additional income for the people living in these communities.

Following the end of the civil war in 2009, one third of Sri Lankan Tamil families now live in India and, as a fluent Tamil speaker, final-year children's nursing student Thibyaa Mahasivam was particularly keen to take part in the project. Thibyaa, who was part of the group in India, said the opportunity to work with children in a community environment had really appealed to her, but the team had faced a number of challenges along the way. "Collectively we didn't have a lot of teaching experience between us, so we had to learn quickly how to be flexible and spontaneous with our lesson plans," she explained.

Nick Perry, a postgraduate social work student at Kingston University, worked with children in the JJ Nagar community in Trichy. He said that the trip had given him real-life experience of working with families from less fortunate backgrounds. "I had taught for a few days as part of a volunteering trip to Thailand last year and wished that I had been able to do more, so this represented a fantastic chance for me to really get to grips with the issues during a longer period," he added. Nick, who admitted that he had even been persuaded to try local dance moves in front of a large village audience, said the smiling faces had made every second worthwhile. "The children were incredibly enthusiastic about everything we did with them," he reflected.

Lebara Foundation director Gopa Nair said the support the foundation had received from Kingston University and the Union of Kingston Students during the past three years had been very welcome. "This is a mutually beneficial project which gives our children the motivation, hope and confidence they need to succeed while providing a life-changing experience for students," he said. "Working with people who have so little helps students become more empathetic people and better managers in the future which, in turn, will broaden their career prospects."

Find out more about the Lebara Foundation and Kingston University's opportunities to study, volunteer or work abroad. 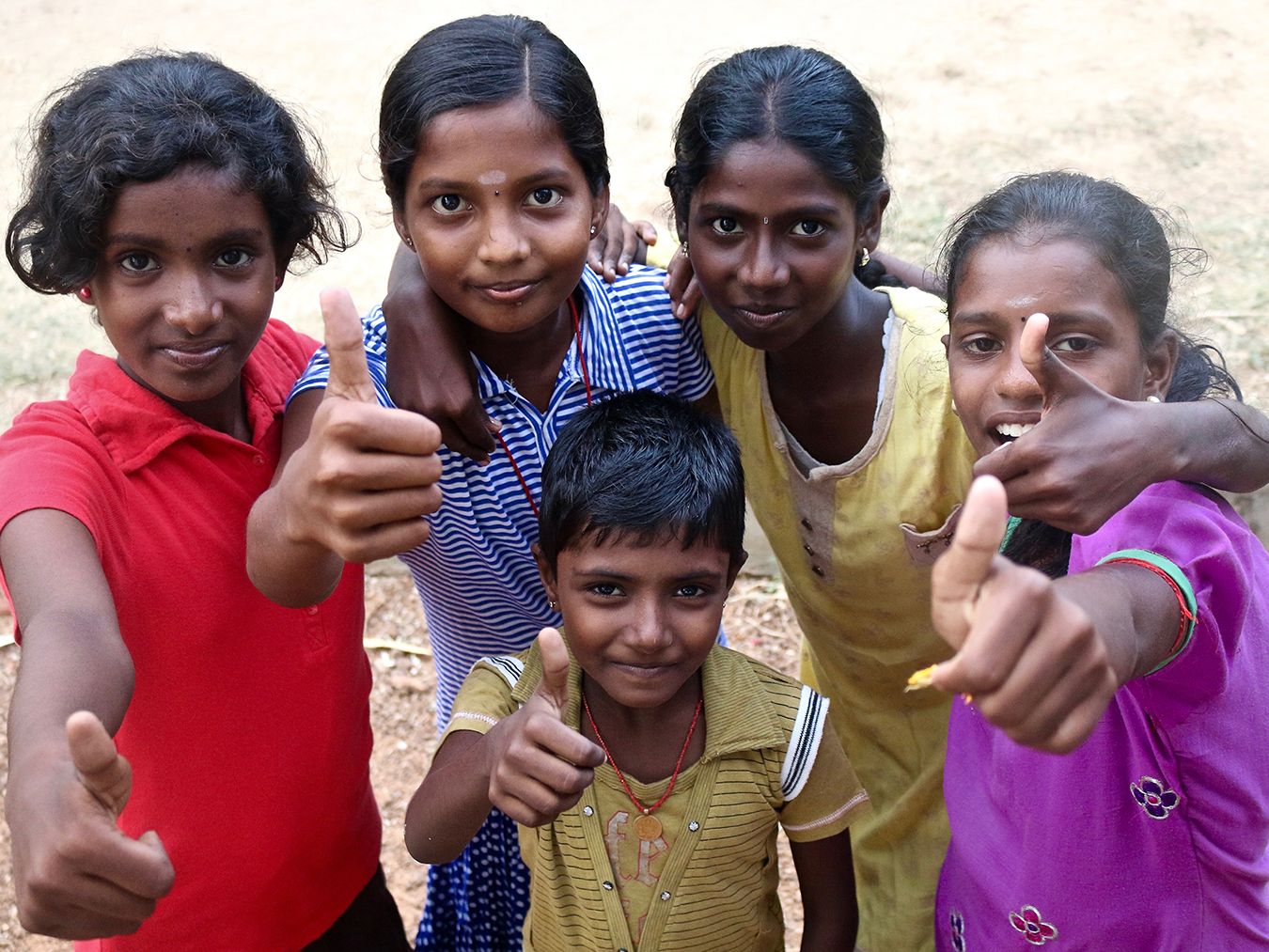 Students worked with children in Sri Lanka when the volunteering project was extended to include the South Asian island country this year. 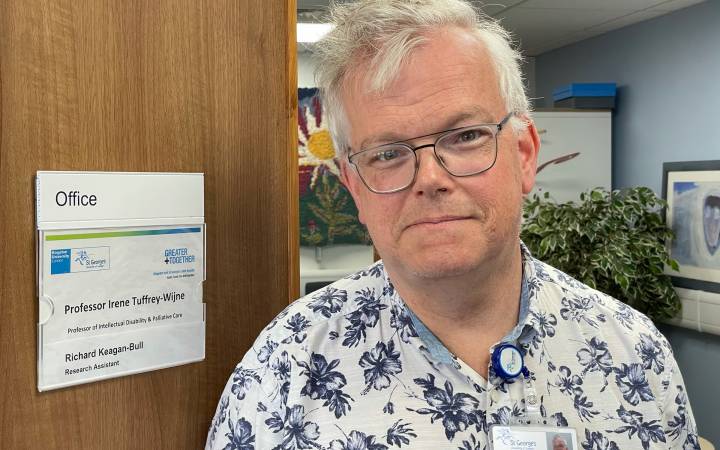