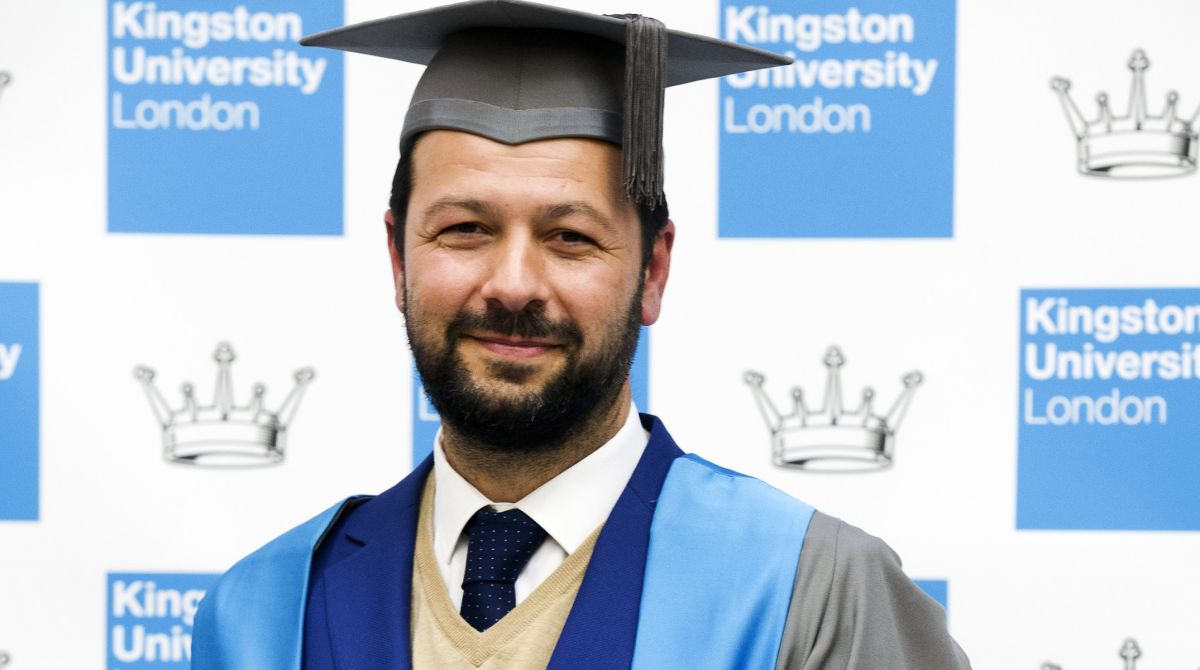 The rule of law is critical because we cannot accept power that is in the hands of one person, or a selected group – society has to do the checks and balances. This was the claim made by Kingston University law professor Umut Turksen at his recent inaugural lecture.

The lecture was the first in a series launched by Kingston University's Faculty of Business and Law to honour academics who have been awarded the title of professor by the University. The public talks are designed to showcase excellence in research spanning a variety of topical subjects. The series opened with an evening dedicated to senior lecturer in law, Professor Umut Turksen.

The audience of staff, students and eminent representatives from the legal profession, were given an insight in to Professor Turksen's personal research journey which, he said, had begun when he was just a boy in his native Turkey. "When I was six years old I really wanted a ‘Chopper' bike and my father saw this as an opportunity for me to earn my own money, so he sent me to market with a crate of lemons," Professor Turksen recalled. "I acquired my first observational research skills when I saw how the other lemon sellers were enticing their customers by pitching the freshness and medicinal properties of the citrus fruit."

Turkey was at this time experiencing a military coup and Professor Turksen's first foray in to research was followed just a few, short years later when he researched the concepts of liberty, equality and the power of the people for a poem which he performed on Turkey's republic declaration day. Reflecting on his professional journey, Professor Turksen described how his academic research had evolved to focus on the rule of law - a topic he strongly believes in and one which is rooted in the work ethic, sense of community and justice that he learned as child. 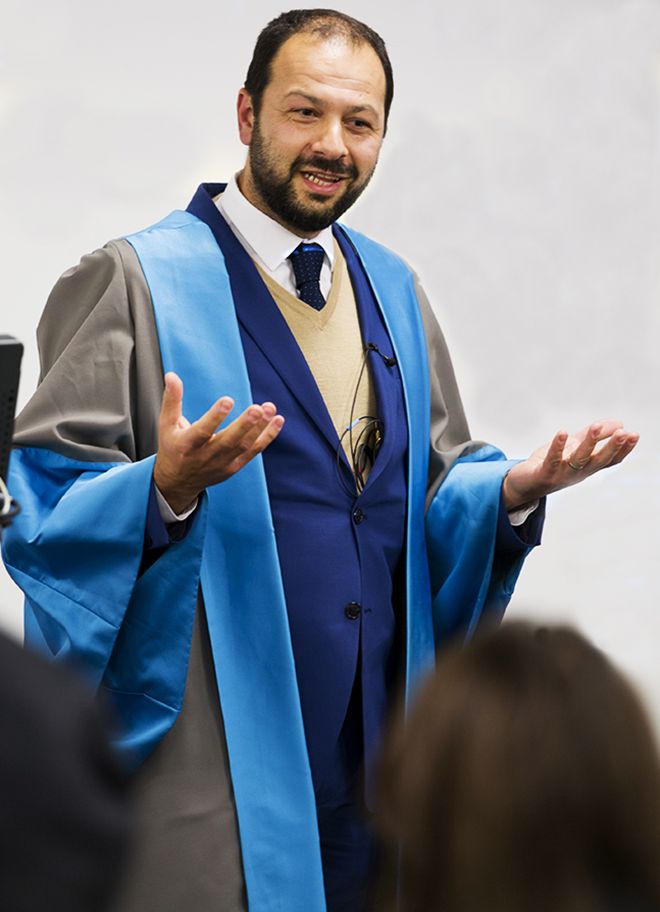 Professor Umut Turksen spoke about the rule of law at his inaugural professorial lecture.Deputy Vice-Chancellor (International) Professor Martyn Jones, who chaired the event which was held at Kingston Business School, said Professor Turksen had demonstrated clear leadership in his field. "What strikes me most is the breadth of his work – which spans a number of different sectors – and how much it embodies the spirit of research," he said. "Umut makes complex concepts accessible and has a remarkable ability to spot a gap in knowledge. This makes his body of work relevant to people and communities both in the United Kingdom and internationally."

People had to be resilient and fight for the rule of law because it was part and parcel of democracy and human rights, Professor Turksen asserted. "It has been a subject of debate since drafting of the Magna Carta right up to such recent developments as Brexit," he said. "Its application is critical as it enables us to seek legal redress and invoke our rights."

After sketching out his early research background, Professor Turksen returned to a few key projects where he had applied the rule of law to such diverse contemporary concerns as counter-terrorism, new technology and financial crime. He had delved into areas, he explained, which had not previously been looked in to including; the use of the internet and its place in family life, the right to work and the impact of digital innovations on property and asset inheritance.

Professor Turksen also described how his research had highlighted a number of conflicts of interest when it came to world trade in defence goods. He claimed a lack of clear legal criteria meant preferential treatment was often given to certain exporters. "Fairness and equality tend to be in the eye of the beholders, especially when commercial interests are at stake," he suggested.

A European Union-funded research project, entitled Cities against Terrorism, which he had led on, had resulted in the creation of a model for cities which reversed the traditional concept of government being at the centre of terrorism prevention measures, Professor Turksen told the audience. "Placing the community at the heart of crime prevention was a complete departure from the accepted model and this template has now been applied to many modern cities' security plans," he said.

Professor Turksen concluded the evening by turning the discussion to the pivotal role universities play in law making. They had a civic mission to educate and make the law accessible and relevant by banishing the jargon barrier that was traditionally associated with law, he said. "Too often, the symptoms of a modern issue or an unfortunate incident are the triggers for laws to be created," he added. "I believe that we should all be critical thinkers and observe when there is a need for the rule of law to be applied." 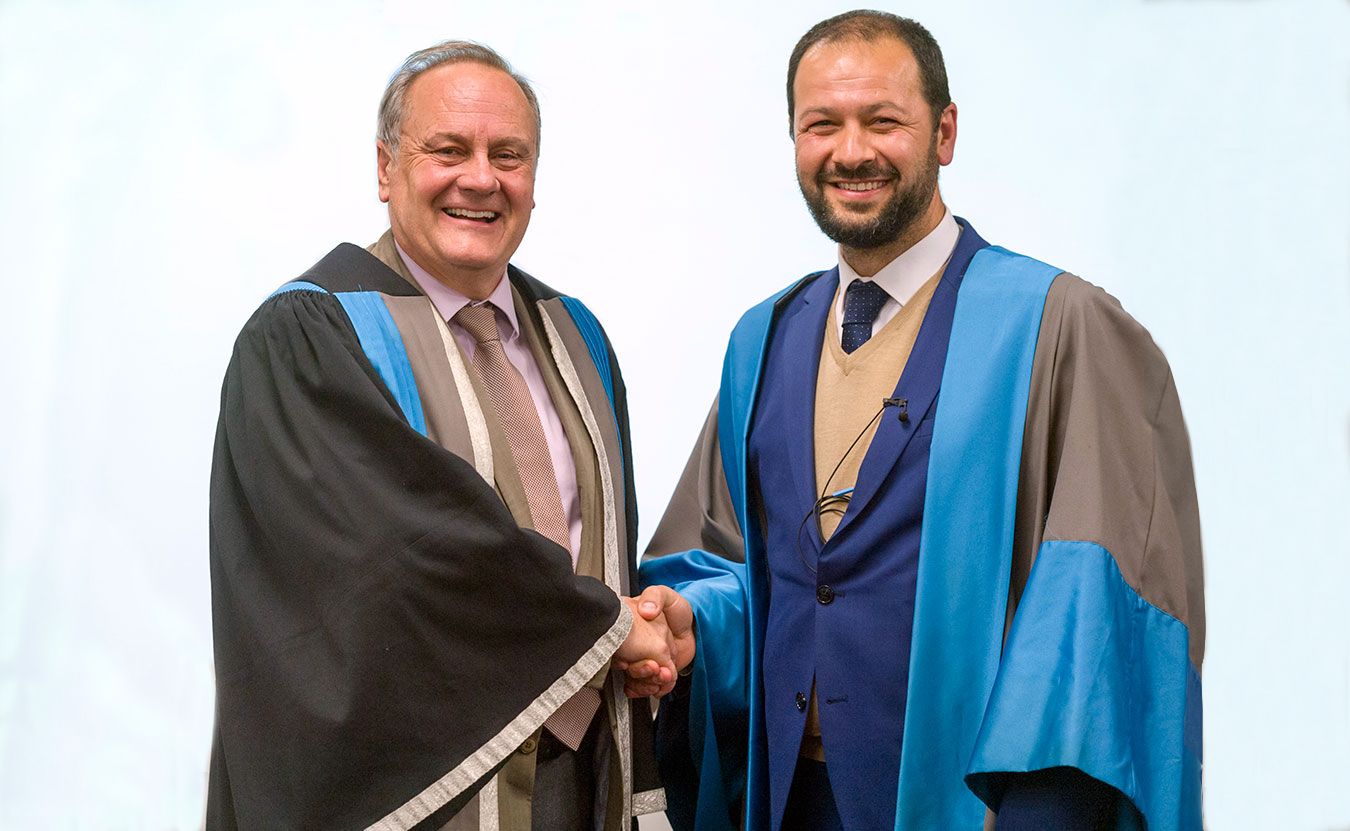