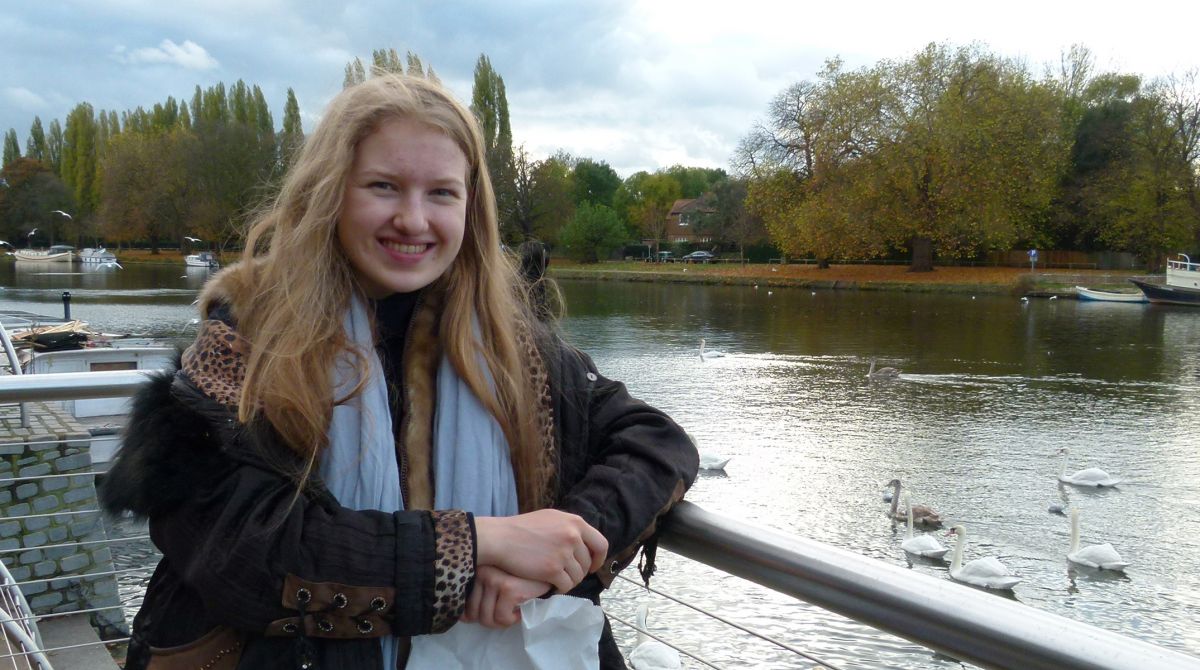 A student from the United States has become one of the youngest ever to study for a PhD at Kingston University – after enrolling this summer aged just 17. Angela Medvedeva, from Houston, Texas, is undertaking a postgraduate research degree in psychology, having graduated from the University of Houston with degrees in both psychology and liberal studies.

The teenager left school for university when she was 15 years old – after completing the equivalent of her A-levels at college on day release – but insists that she's not the stereotypical child genius pressured by pushy parents. Instead, she says a desire to continually try things that haven't been done before – along with the support of a strong family unit, teachers and peers – is what has driven her to fast-track her education.

"I think I'm either more courageous or more foolhardy than my peers," said Angela, who turned 18 in July. "I have strong intuitions about things and I like to push my limits and the boundaries of what I can do." 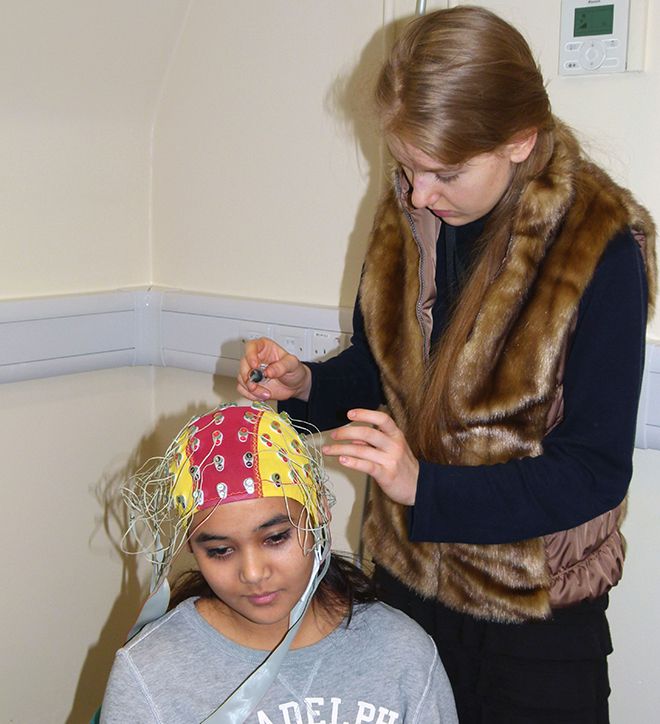 Angela uses the electroencephalogram (EEG) to monitor the brain activity of fellow PhD student Jawaria FarooqBorn in Switzerland and living in Russia for a short time before settling in the United States at the age of seven, Angela said her PhD in the School of Social and Behavioural Sciences will build upon her own experiences of living in different countries and her interest in foreign languages and cultures.

Her PhD will see Angela working on a number of research projects, including using an electroencephalogram (EEG) to monitor the brain activity of people from multiple cultural backgrounds and examine how they adjust to the customs and values of a new country when they arrive. Her other research projects will use tDCS (transcranial Direct-Current Stimulation) to investigate the effects of non-invasive brain stimulation on memory function and functional magnetic resonance imaging (fMRI) to investigate decision-making.

Despite having never been to the United Kingdom before – and receiving offers from numerous institutions both back home and internationally – Angela said she felt such an immediate, instinctive connection with her research supervisors at Kingston University that for her, there was no other choice.

"Coming from a scientific background, where everything is so precise and we must know exactly why we do things, everyone was surprised I was so ready to pack up my bags and come here," said Angela. "But I think it's rare so early on in your research career to find a place you're so comfortable with." 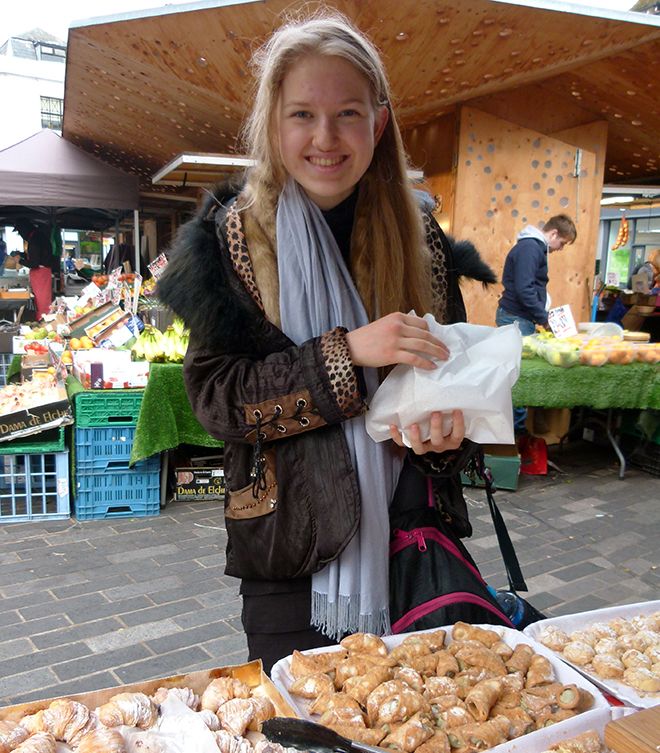 Angela explores Kingston's historic marketplaceAfter the initial shock of discovering how young she was, tutors and fellow students have been unfazed by the age gap, according to the teenager. "My age is just a technicality to me," she said. "When my fellow PhD students say I look really young, I just joke that it must be the facial cream I'm using.

"One of the things I really like about Kingston is that my supervisors don't doubt my ability just because of my age.  I've been so fortunate to have people around me who believe in me, support me and encourage my ideas."

Angela's principal supervisor Giulia Galli said the postgraduate researcher has settled in well to life at the University. "Angela has got the right balance of being independent and asking for help when she needs it," she said. "She's obviously a clever student but I've been particularly impressed with her social skills – she's very humble and doesn't feel the need to show off about her talents."

Once her PhD is complete, Angela would like to put her research to practical use in the world of medicine. But for now, she's just enjoying her time at Kingston University. "It's surprising how much I feel at home here – there's a cat living in the reception of my halls of residence which looks like my own cat. And while that's such a tiny detail, it reminds me of home and that's really special."