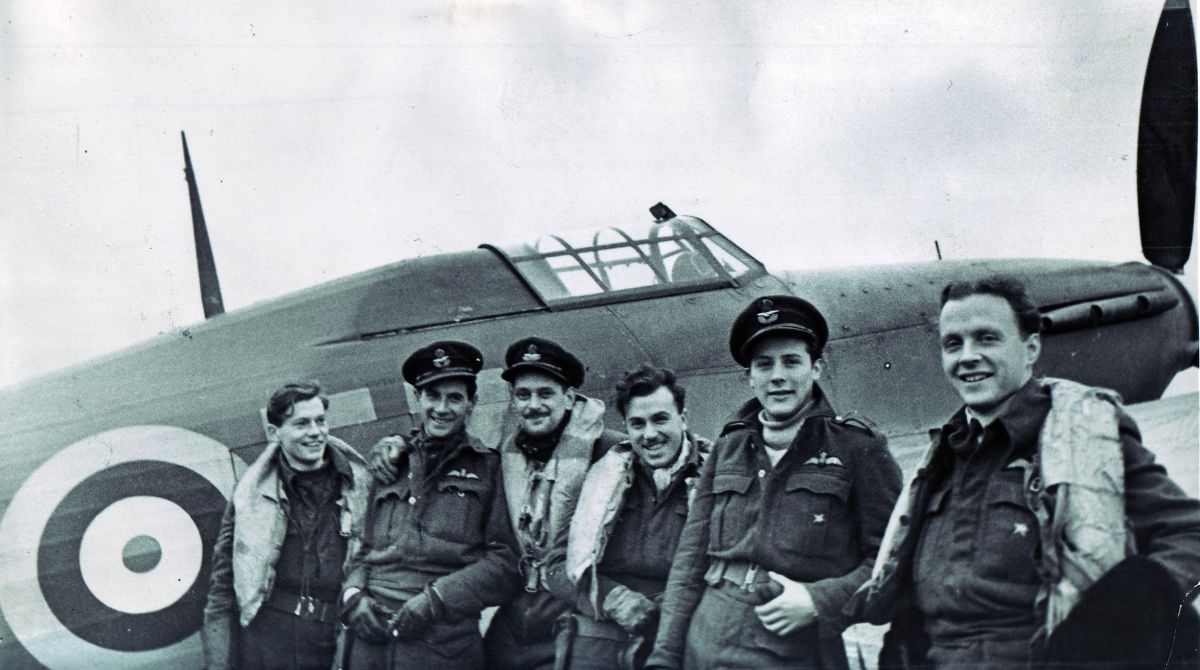 A prize-winning documentary by a Kingston University lecturer has been included in the official UK tribute for the 75th anniversary commemoration of the first Arctic Convoy – a top-secret mission that shipped supplies to Russia in the Second World War.

Through its use of unique footage and personal stories from the veterans themselves, as well as comment from historians Antony Beevor and Richard Overy, 'Hurricanes to Murmansk' has played a key role in raising awareness of the Arctic Convoys and in supporting the 70 year-long campaign for recognition of those who took part in the treacherous missions.

The film's director, Roy Perkins, a visiting lecturer in filmmaking at Kingston University said he was "honoured" that the film was included in the celebrations. "I am so proud that we were able to make a campaigning film that has had such a positive result," he added.

The documentary describes the sole British engagement on the Eastern Front in World War II and is the only film to focus on the RAF Wing (151) that took part in the first Arctic Convoy to Russia. It sheds light on the secret Anglo-Soviet operation to protect the warm-water port of Murmansk following the German invasion of Russia in June 1941. The convoys supplied the Russian troops on the Eastern Front with around four million tons of cargo – ranging from tanks and aircraft to telephone wire and boots.

However, the story of RAF 151 Wing remained untold for many years. It was only in 2013, after a hard-fought campaign by the remaining veterans and a wave of public pressure, that all those involved in the Arctic Convoys were finally recognised and awarded the Arctic Star medal by the British Government.

"Because of the Cold War, the operation didn't get the appreciation it deserved. But it is important to remember that Britain and Russia were important allies and that Russia's involvement in the Second World War was crucial to the defeat of Nazi Germany", said Mr Perkins. 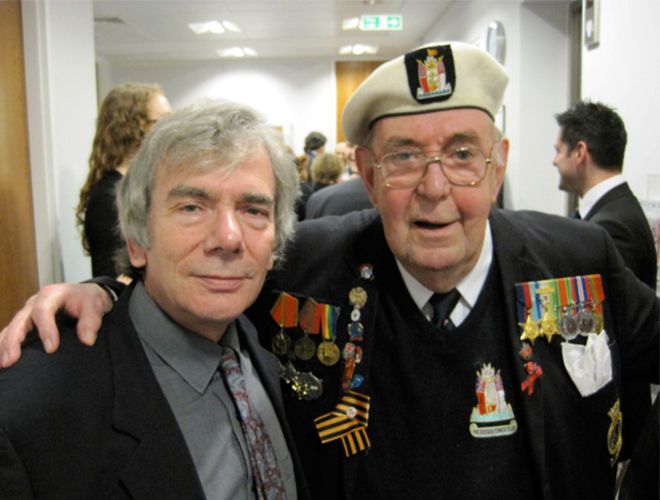 Roy Perkins with Arctic Convoy naval veteran at the 75th anniversary commemorationDescribed at the time as ‘the worst journey in the world' by British Prime Minister Winston Churchill, those on board the convoys braved some of the world's most dangerous waters and endured extreme weather conditions – including harsh winds, bitter cold and pack ice – as well as facing constant attacks from German warships and aircraft. Three thousand sailors perished because of this and one in every 20 ships sank, making the loss rate of vessels the highest of all Allied convoy routes.

Initially, the film ran for 30 minutes but as the push for recognition of the veterans increased, so did the length of the film. "As more people heard the story of the first Arctic convoy, the drive to get all convoy veterans the recognition they deserve grew stronger and more survivors came to our attention", said Mr Perkins, who has since become friends with many of the remaining veterans.

The 75th anniversary edition of the film released this year – which now includes footage of the veterans being presented with their medals by David Cameron as well as additional interviews – is over an hour long. The film featured in the official UK tribute in Russia delivered by the British Ambassador, Dr Laurie Bristow.

Filming on the documentary started in 2005, with the support of the RAF Historical Society and the Royal Air Force Russia Association, and was completed in 2011 while Mr Perkins was teaching MA Filmmaking at Kingston University.

The film, which has been screened at the House of Commons and Imperial War Museum, won the Festival Committee Prize at the 9th International Documentary Film Festival in St Petersburg in 2012.