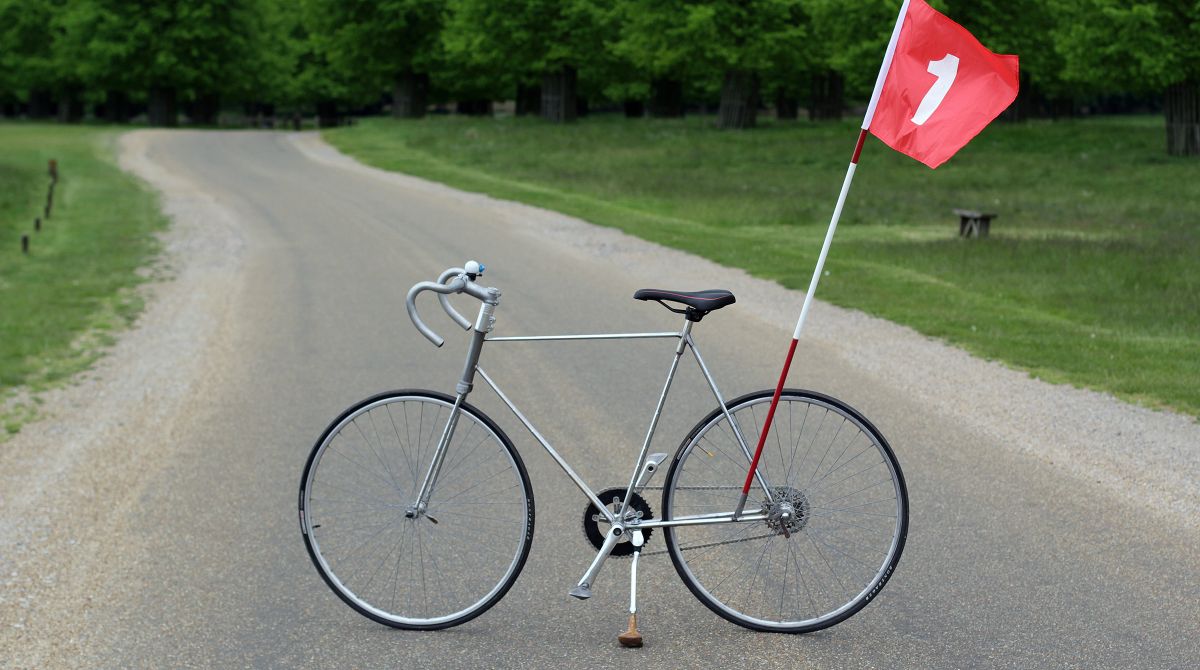 A lightweight bicycle constructed from abandoned golf clubs bought for just 99p from eBay has been created by a Kingston University graphic design student. Calum Ray designed the unusual mode of transport to highlight how middle-aged men are swapping the fairway for the cycle lane as the sport's popularity soars.

Calum's creative wheels were put in motion when he returned to his parents' house in the Hertfordshire countryside following a year living in London as a student. "I was really struck by the increase in cyclists on the road. At the same time I noticed a lot of golf clubs were closing and I wondered if there was a correlation. I visited a few clubs and they confirmed their numbers had declined over the past few years," he said. The statistical data was backed by online research which spurred on Calum's interest. "I came up with the idea of producing a representation of the way social sport has evolved for the 21st Century's middle-aged men," he said. 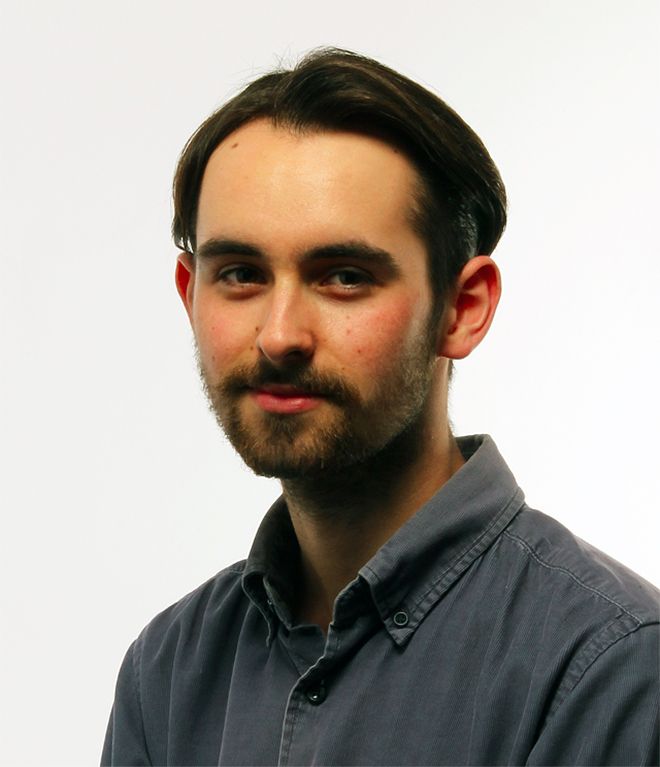 Calum Ray created and constructed the bike as part of his graphic design course at Kingston UniversityHowever, bringing this idea, named Par 12, to life in time for the University's final year degree show proved challenging. "I started by purchasing a set of golf clubs from eBay for 99p, they were unused and that really supported the point I was trying to communicate," Calum said.

With the help of technicians in the Kingston University workshops, Calum, 22, received a crash course in cycle maintenance. "The biggest challenge was that golf clubs are so thin and so light they are incredibly difficult to weld. We found that the joints could be strengthened by double welding and you could file the join and grind it down so that it was smooth again. It was a very long process but we got there in the end," he said. The finished product was a surprisingly sturdy, fully functional lightweight bicycle.

Kingston University's Faculty of Art, Design and Architecture's philosophy of thinking through making was at the heart the bicycle's evolution. "Some elements, such as the golf club head pedals, revealed themselves as I was in the workshop," Calum explained. "Initially I wanted the handlebars to be shaped using the golf club grip, but because the clubs are so thin, as soon as you started to bend them, they snapped. There was a lot of trial and error to figure out what could be done with the material."

The freedom and creativity encouraged by course tutors was one of the reasons Calum chose to study at Kingston University. "The course differs from a lot of other graphic design course as it's fully ideas led," he said. "The tutors are always available and really encourage you to go for it, build it and make it happen."

Senior lecturer Kieran O'Connor said he had encouraged Calum and his fellow students to go beyond the traditional notion of graphic design when bringing their ideas to life. "The practice has evolved to overlap with many neighbouring disciplines and encompass new ones and our students must be agile enough to explore the full extent of their options," he explained. "Calum took familiar objects which represent golf and cycling, remixing them to become so much more than the sum of their parts."

Calum is keen for the project to step up a gear and plans to produce a range of golf inspired cycling attire including tartan jerseys and vibrantly coloured lycra racing outfits. Despite being approached by people interested in purchasing the bike itself, he is reluctant to part with the bespoke one-off piece. However, Calum wants to encourage people to construct a version of the hybrid cycle for themselves. "I'm designing a manual, which will be open source, so that other people can turn their old golf clubs into bikes. It's also to highlight the humour in the idea," he said. "Imagine a peloton of golf bikes cycling along the highway or the fairway!"" 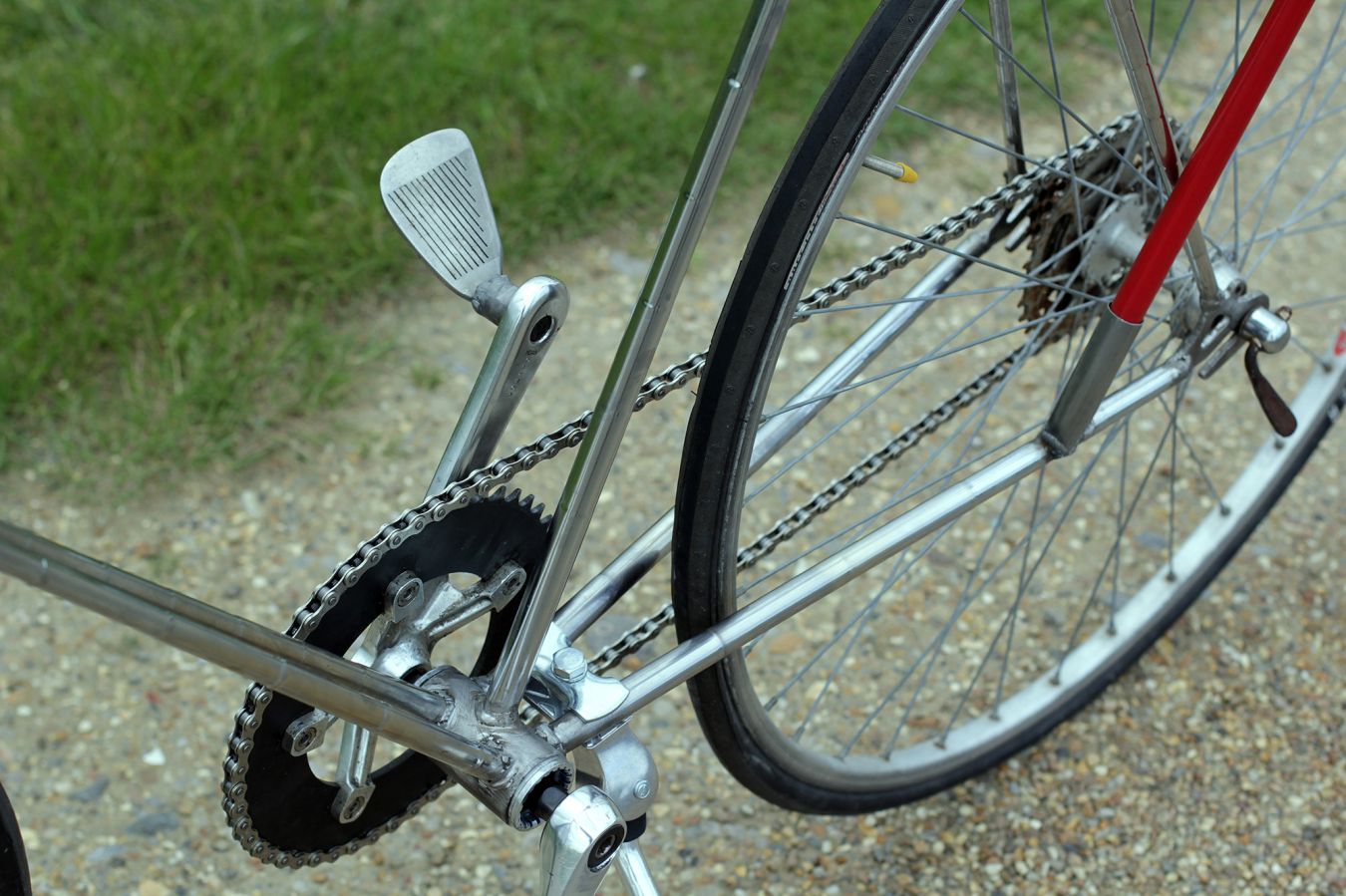