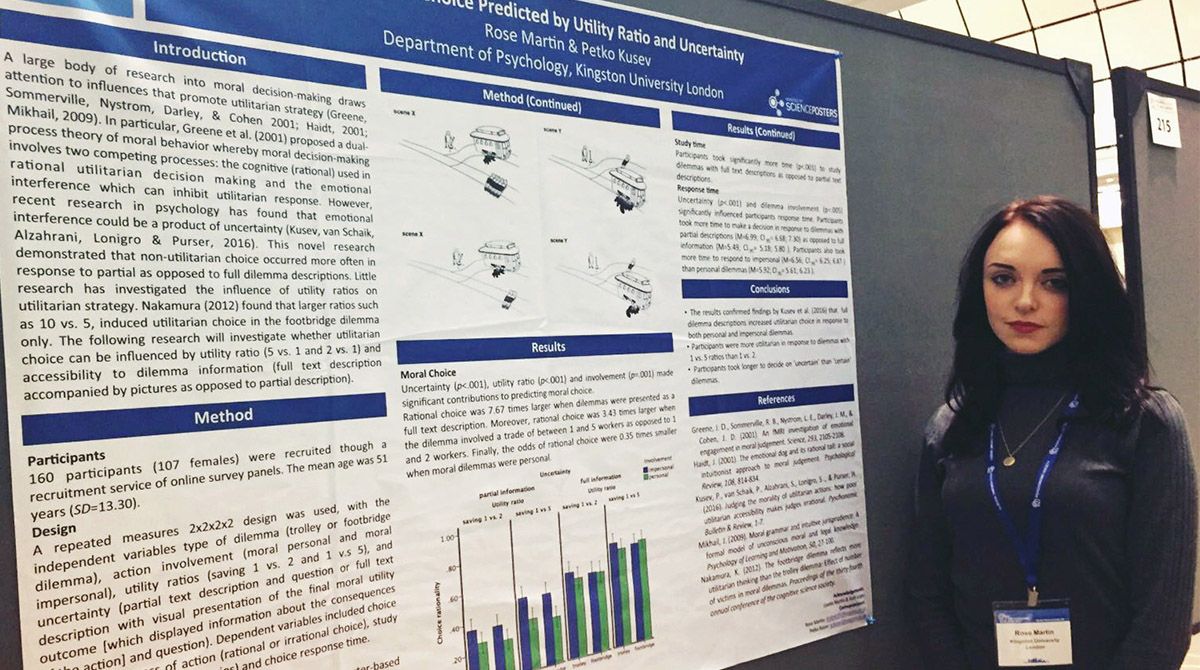 Jointly sponsored by the Society for Judgment and Decision Making (SJDM) and the European Association for Decision Making, the $750 (£590) scholarship enabled Rose to travel to Boston, Massachusetts, to present her current research at two international conferences hosted by SJDM and the Psychonomic Society to audiences of more than 3,000 researchers in her field.

Rose's research looks into the factors that need to be considered when faced with making a decision about morally sensitive situations. Her research focuses on the psychological factors that influence whether or not it is better to sacrifice one life in order to save the lives of many others.

The scholarship is usually awarded to PhD research students, but never before to an undergraduate, making this even more of an achievement for Rose who is in her final year at Kingston University.

Rose saw off competition from across the globe to carry off the accolade. "I was very pleased to find out that I had won the Jane Beattie award. In the past year, working as a researcher, I discovered and developed a professional interest in psychological research. Now I am on track to pursue a career in academia." 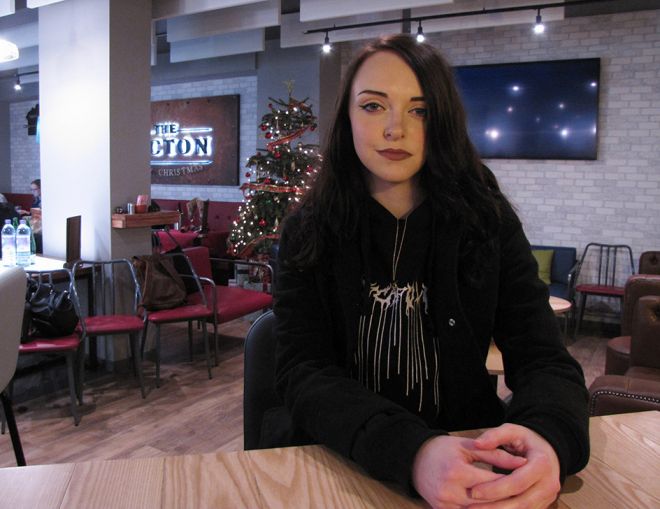 Psychology student Rose Martin is the first undergraduate to be awarded the Jane Beattie Memorial Travel Scholarship. In addition to her presentation 'Rational Choice Predicted by Utility Ratio and Uncertainty', Rose also hosted project meetings with international psychological research collaborators on the topic of moral decision-making.

Alongside her studies, the 22 year old is currently a research assistant for Dr Petko Kusev – senior lecturer in the School of Social and Behavioural Sciences – as well as an academic mentor to first and second year psychology students.

Dr Kusev has recently had his latest piece of theoretical research published, entitled 'Judging the morality of utilitarian actions: How poor utilitarian accessibility makes judges irrational'. The research, which is closely linked to that of Rose's, explores how psychological uncertainty predicts utilitarian moral behaviour.

He commended Rose on her achievement of being the first undergraduate student to receive the Jane Beattie Memorial Travel Scholarship, describing her as an "exceptionally devoted, talented and hard-working researcher."

"Rose is a great example and inspiration for all students and young researchers. I could not be prouder of Rose and her research achievements", said Dr Kusev.

Rose's next goal is to complete a PhD after she graduates in the summer of 2017.