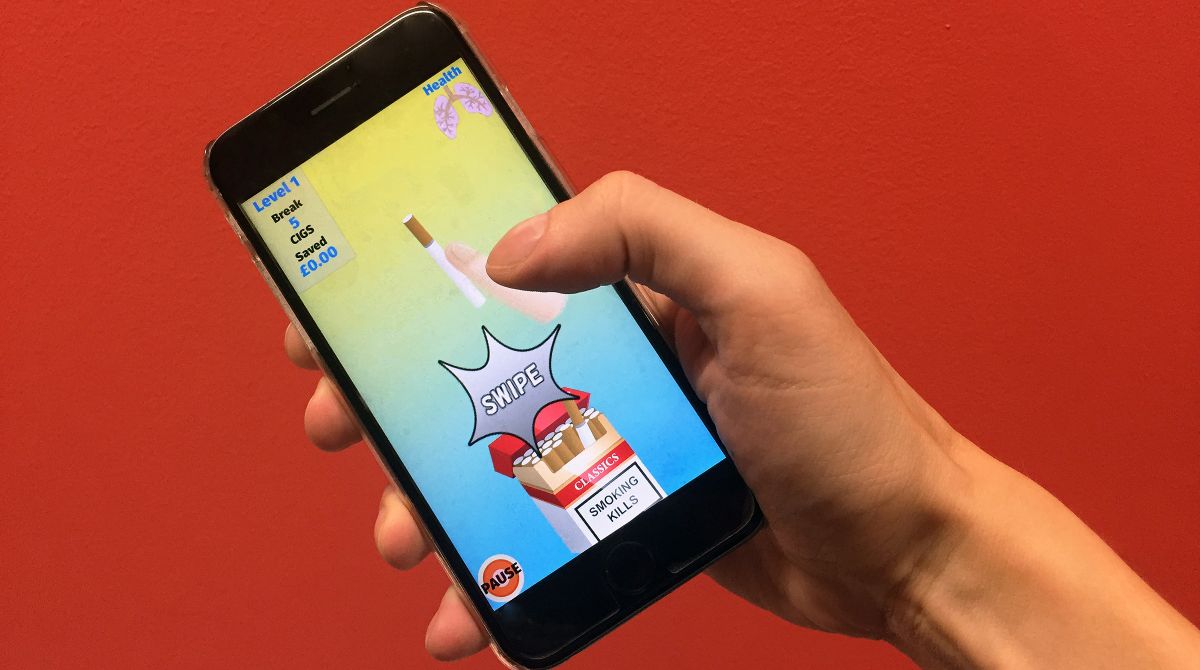 A smartphone app that could help smokers stick to New Year's resolutions to quit by playing games to combat cravings has been developed by academics at Kingston University and Queen Mary University of London (QMUL). Cigbreak Free was the brainchild of games creation processes lecturer Hope Caton, from Kingston University's School of Computer Science and Mathematics, and Robert Walton, Professor of Primary Medical Care at QMUL.

Ms Caton - who has extensive experience in video games, having worked on global hit TombRaider IV: The Last Revelation - teamed up with Professor Walton to see if they could combine a fun gaming experience with educational health messages to help smokers fight the urge to light up.

The result of the collaboration between the two universities was an app that works like a regular smartphone game, with players having to complete tasks to progress through levels, gaining rewards and gold stars along the way. However, it also incorporates a combination of some 37 behavioural change techniques – theory-based methods for changing behaviour – selected by QMUL health psychologists to help smokers quit, Ms Caton explained. "People think games are frivolous but we learn a lot through play," she said. "The good thing about a smartphone gaming app is that you can play it anywhere. 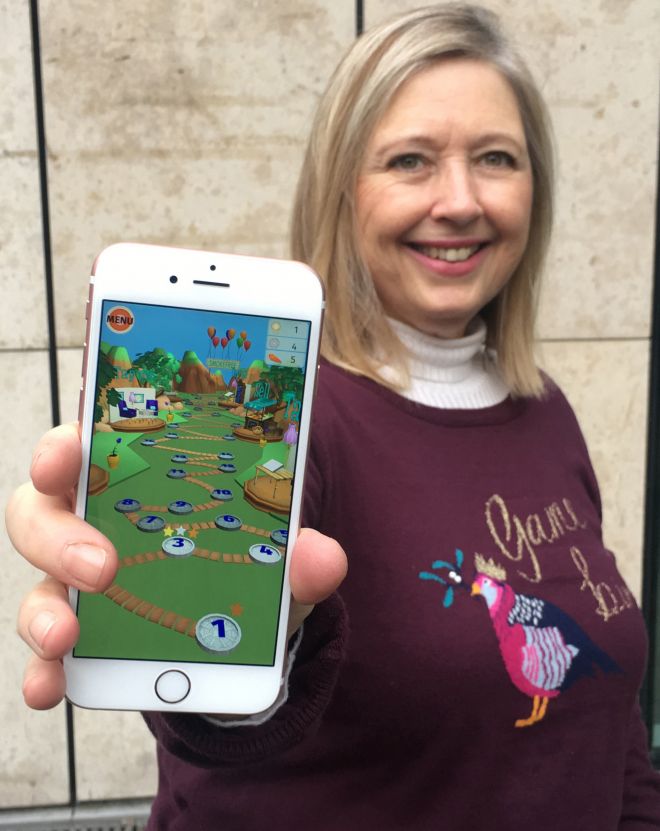 Lecturer Hope Caton wanted to combine fun gaming with educational messages in a smartphone app."Craving is a short-term thing, so if you get a craving at 11am, you can play the game in the warm until it passes, rather than going out into the cold for a cigarette. You've also got something to do with your hands other than smoke."

In the game, players have to swipe a certain number of cigarettes to break them within a time limit. As well as progressing through levels, the app includes a quit journal where users can calculate how much money they are saving. There are also mini-games where players have to clear smoke from a room to reveal a health message.

The app has now been commissioned for use by five London boroughs - Kingston, Kensington and Chelsea, Hammersmith and Fulham, Tower Hamlets and the City of Westminster - as part of their public health smoking cessation services. Residents can download it, enter their postcode and use the app for free, with several hundred people having downloaded Cigbreak Free so far.

Ms Caton and Professor Walton were authors of a recent research study published in the British Medical Journal, which analysed the use of behaviour change techniques and game-like elements in health apps currently on the market. They found that very few of the health apps they looked at were using games to help people make positive health changes.

The development of the app was inspired by a desire to exploit the latest trends in gaming to help improve people's health, according to Professor Walton, from QMUL. "Some of the health messages and behaviour change techniques we have used in the game are based on our previous research and include showing players the health consequences of a behaviour, gaining points for grabbing healthy items, or providing virtual financial incentives.

"We're essentially trying to 'gamify' these messages and techniques as a way of embedding them in a person's mind, in the hope that they will then be able to quit smoking." 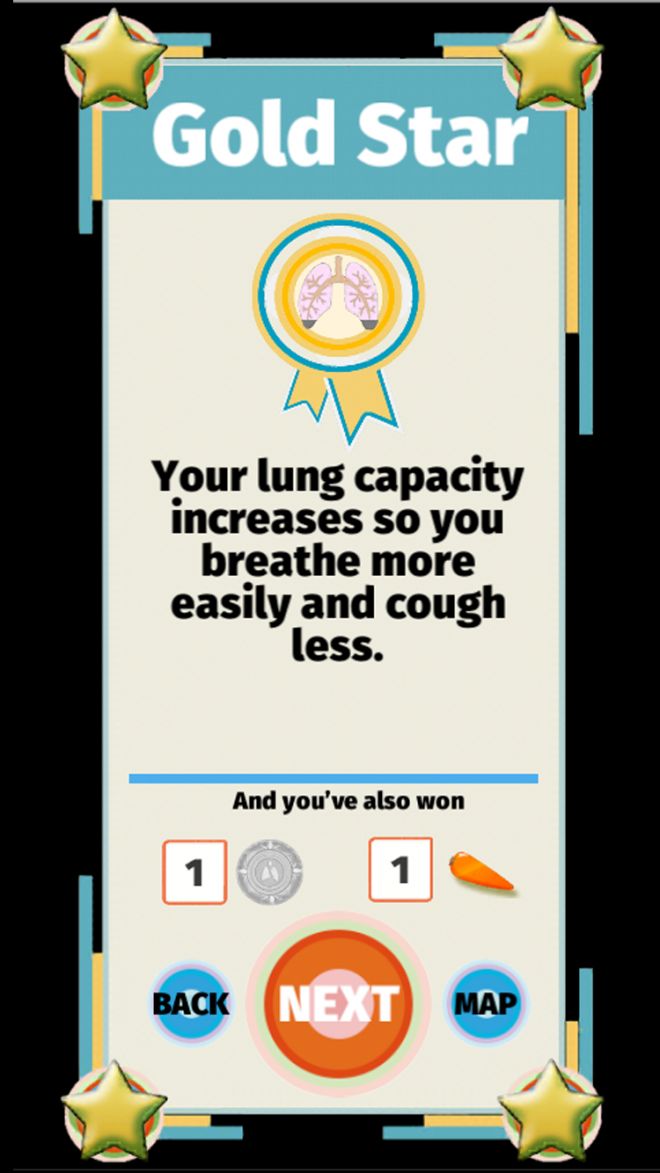 Rewards in the game include embedded health messages to help smokers quit.Rewards in the game were a way of giving smokers instant positive feedback, Ms Caton added. "When you're trying to quit smoking you don't get much instant feedback except desire. Your health is better but somehow it doesn't have the same effect as being told you're winning or getting a gold star," she explained.

"We had to find subtle ways to include health messages so they don't turn people off from playing, so the medical team ran 10 focus groups with 120 people to find out what worked and what didn't."

The team's research is now being incorporated within teaching at Kingston University, as part of digital smoking cessation intervention work led by associate professor Dr Darrel Greenhill. Students on the University's postgraduate game development courses are helping build the next upgrade for the app, using analytics gathered from users to inform improvements to gameplay - with the aim of providing more personalised support to help smokers quit.

"It's really good experience for our Masters students to be able to work together on projects such as this as part of their digital studio practice module," said Dr Greenhill, course director for the University's game development programmes. "Our courses have been developed in consultation with representatives from the likes of Sony Interactive Entertainment Europe and Telefonica Europe. This insight, along with the opportunity to work with clients on real-world game development, helps provide them with the vital skills needed when seeking employment in the digital media industry."

In January – a key time for smokers to make the resolution to quit – the team will begin a three-month pilot study with app users to evaluate its effectiveness. "The next step for us is to prove quit rates," Ms Caton said. "We've had people smoking 25 cigarettes a day quit, some who've gone from 25 to four. It shows it can be effective but we need to get the analytics into the app to get more data and that's something we're working on now." 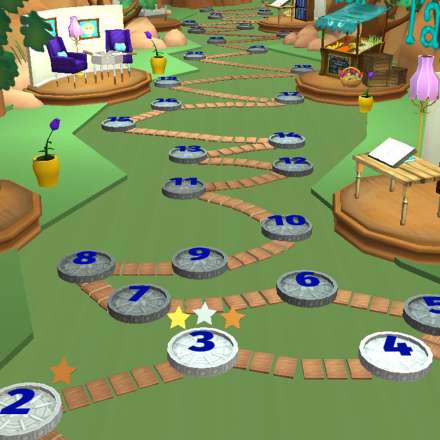 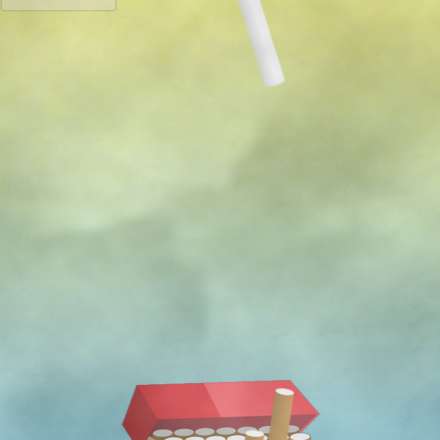 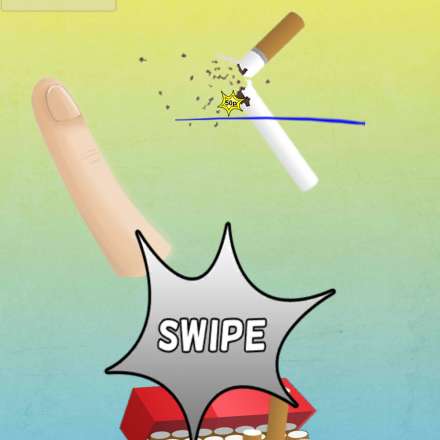 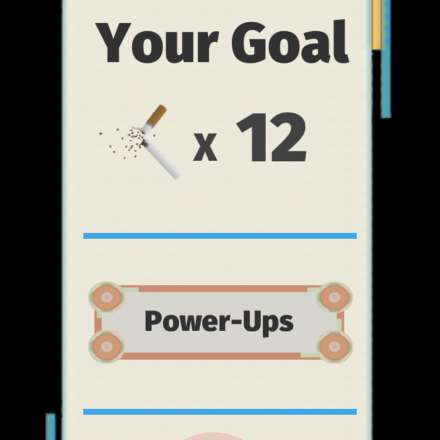 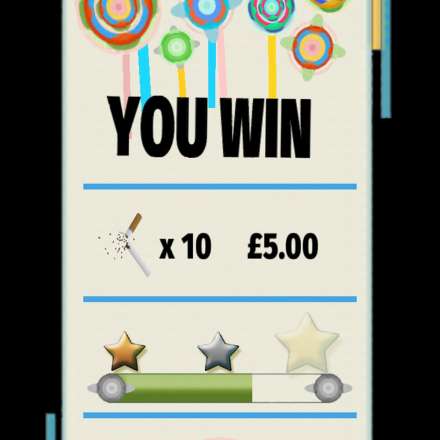 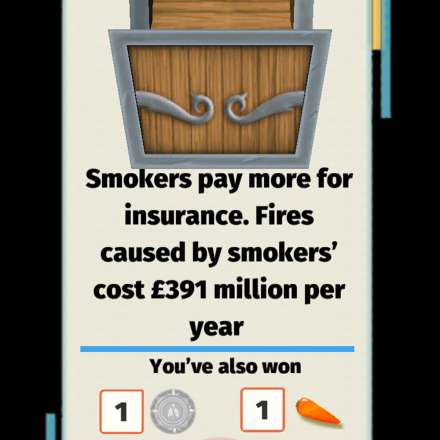 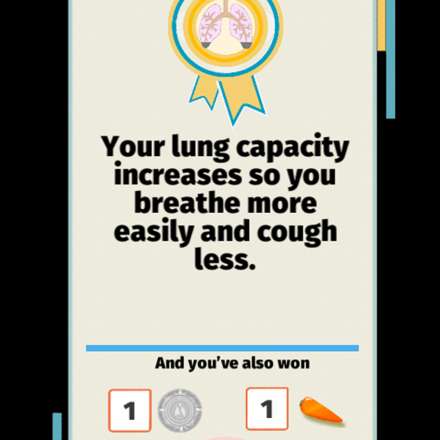 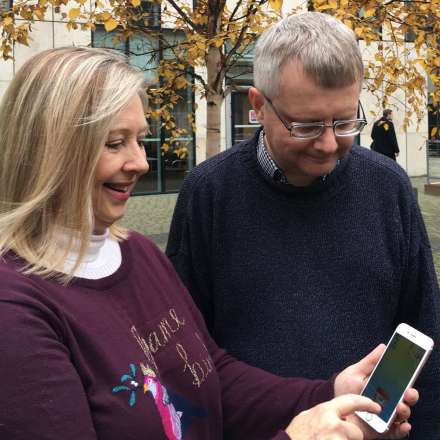