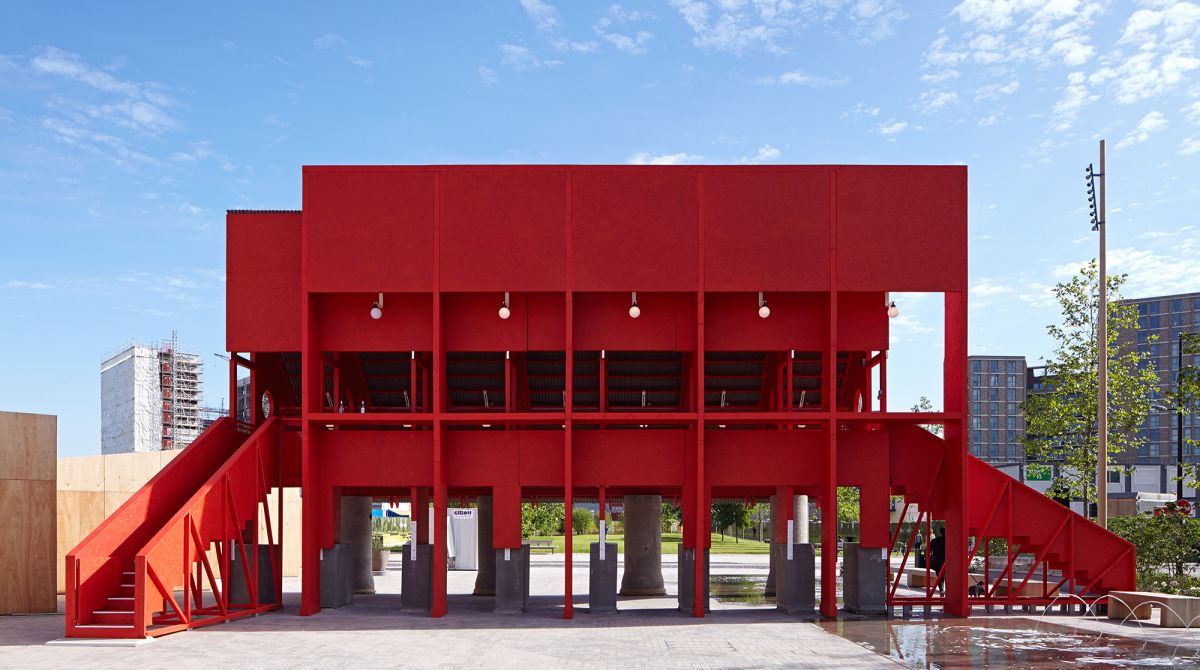 Kingston University's new professor of Architecture has urged fellow professionals and his new students to take time to daydream in order to maintain London's unique position in the world. Professor Andrew Clancy said that despite strong strategic leadership, preserving London's truly special cultural characteristics would fall to designers. "We have lots of great planners and engineers in London, lots of great financial and political people who are thinking about London on a strategic level - but nobody's dreaming for it. As architects, we should see that as our role," he said.

Professor Clancy joins Kingston University as a professor of Architecture. To mark the appointment, Kingston University's architecture students are embarking on a four year examination of England's capital, which the department hopes will culminate in a new way of defining the city. The study will focus on the impact London has on its surrounding areas and will re-examine the city's boundaries. "All of the projects set by the department of Architecture and Landscape will take place within what we are trying to define as a new classification of outer London. This classification is not determined by legal parameters, rather it is our take on places we can argue are, to a large extent, affected by the presence of London - Europe's only truly multicultural metropolis," Professor Clancy explained.

Based on the theme ‘dwelling in the periphery', Kingston University's architecture students will explore the cultural shifts that influence the architectural landscape of the city. "To really dwell somewhere you need to make space for daydreaming. If you're comfortable enough to dream somewhere, then you inhabit the space in a deeply personal way," Professor Clancy said. This space to ruminate and ponder within the city could take place anywhere, from a park bench to a gallery or a school, he added. 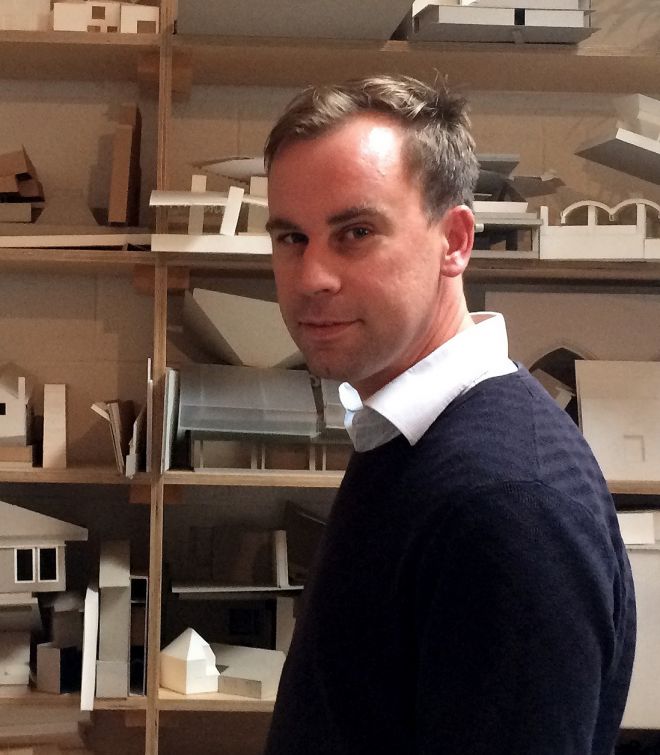 Professor Andrew ClancyThinking back to his own interactions with London, Professor Clancy revealed that, as an outsider, he always felt exhilarated upon arrival. "You see the diversity of people's backgrounds and their connection with culture and community which is vibrant and uplifting. It's a wonderfully positive thing - if that's what we define as London, then the bigger that gets the better," he said.

Having previously taught at University College Dublin, DIT, Queens University Belfast, and as visiting professor at Aarhus School of Architecture in Denmark, Professor Clancy has been impressed by the attitude and culture that permeate through Kingston University's department of Architecture and Landscape, and the collegiate environment that informs the leadership and guides the entire department. He said teaching within this special atmosphere would affect his future projects. "The buildings we design are better because of my exposure to universities and the students within them. The culture of architectural continuity that has been built here at Kingston University is very rare, it's taken considerable effort to create and I am very eager to be a part of its continued vitality," he said.

Professor Clancy is keen to build on this in his new role at the University, working with Head of Architecture and Landscape Eleanor Suess and fellow academics. He hopes to develop a podcast series exploring architectural developments and trends, as well as continuing the established programme of invited industry guest lecturers. "We're keen to build a bridge between our students and the wider world," Professor Clancy said. "We are very proud of how the school is directed and lead - we want to make Kingston University a space that speaks to the world about a particular culture of architecture." Professor Clancy continued "We will also be developing alumni networks to support graduates in practice and PhD programmes for critical practitioners to hone their thinking. All of this will enable our students to participate in an even richer conversation with the broader culture of architecture."

Professor Clancy graduated with a degree in Architecture from University College Dublin and established Clancy Moore Architects with fellow graduate Colm Moore in 2007. The practice has been the recipient of numerous awards, including the AAI Downes Medal and the Kevin Kieran Bursary for practice-based research. One of the first projects the two architects worked on together - and one of Professor Clancy's proudest achievements - was a house built into a disused quarry. "No one had managed to get permission to build in that valley for 40 years. We were able to make an argument to the planners about healing an old quarry and using it to house a family that had lived in the valley for four generations but could no longer afford to buy property locally."

The building, House Slievebawnogue, went on to win awards for its innovative problem solving and design, but Professor Clancy believes that it also achieved something much more important. "The family that live in the house are now friends of ours and the house has become used and lived in, like an old sweater," Professor Clancy continued. "As an architect, you are part of the history of an area, it had a past and it will continue after you have left. But you were key to some of the transformative effects and that's what inspires me" He said. 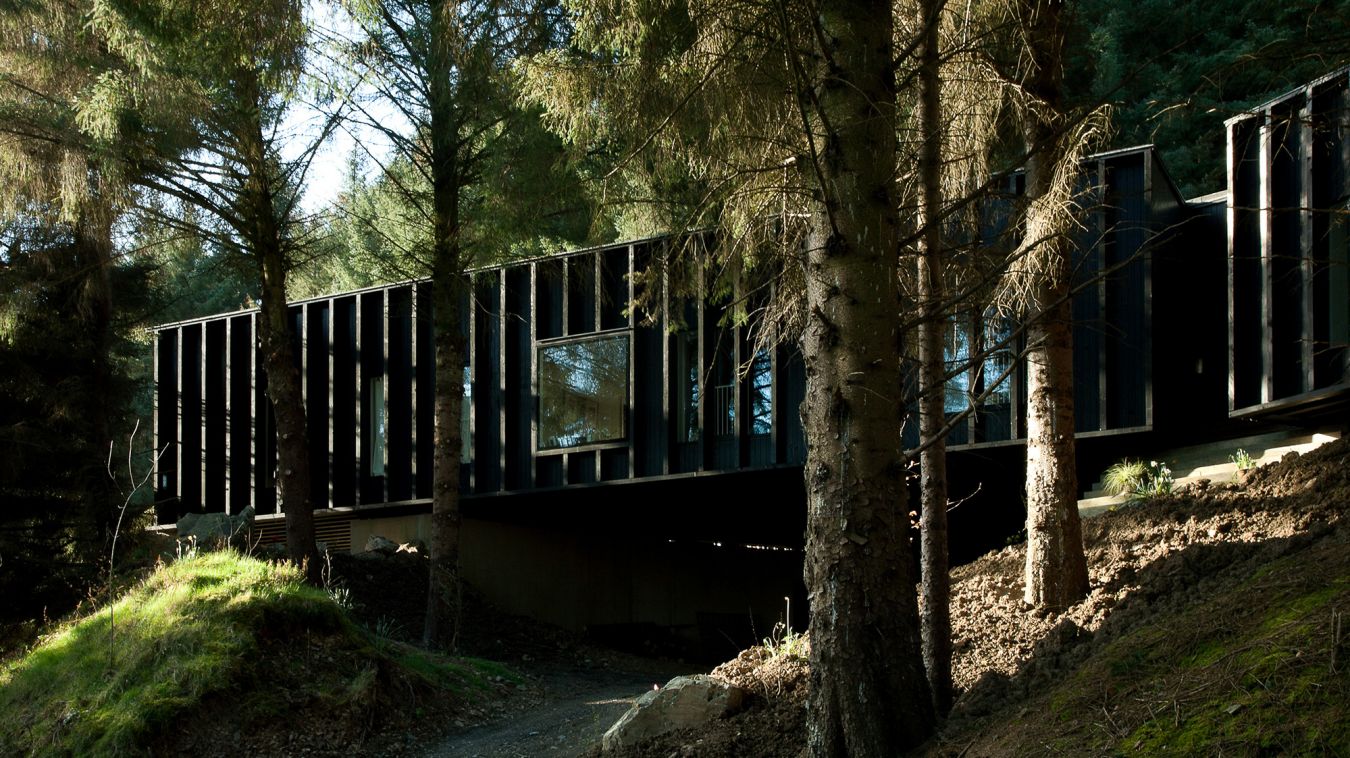 Acting Vice Chancellor Steven Spier praised Professor Clancy's experience within the field, highlighting his achievements during a difficult economic period. "Andrew is one of the most gifted of a very talented generation of Irish architects who were educated during a fertile period for architecture and who have then had to redefine practice in light of the long recession. He brings immense design talent along with a questioning attitude to the profession and architecture's role in society."

Kingston University is currently in the process of making its own architectural mark with a new landmark building currently underway on the Penrhyn Road campus. Professor Clancy is excited to see a building designed by the esteemed Architecture firm at the heart of the University. "Grafton Architects have achieved incredible things on a global scale - they deliver really good buildings that are loved by the people who inhabit them." Professor Clancy said. "For a university to have a space like the new Townhouse building at its core says a lot of the right things about where this university wants to go."

• Find out more about studying Architecture at Kingston University