2016 proves year of success, accomplishment and recognition for Kingston University staff and students 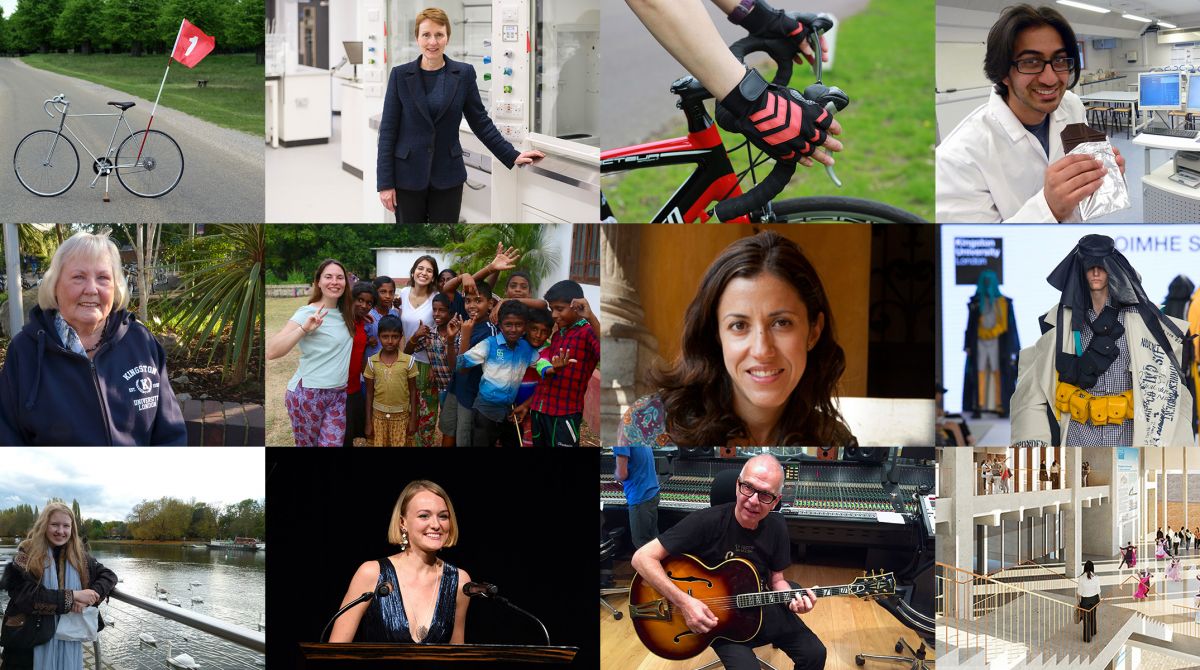 A lot happens in the life of a University over the course of a year. Our students took on exciting projects that showcased their extraordinary talents, multi-million pound improvements to our buildings and facilities were announced and our research continued to inform thinking across the world.

In 2016 Kingston University was twice recognised by Times Higher Education, firstly as one of the top 150 most international institutions and then as one of the world's top 150 young universities, and was a runner-up in The Guardian University Awards' student experience category for its student engagement programme. The University's Widening Participation team was also recognised as University of the Year at the National Education Opportunities Network (NEON) awards, with head of department Jenni Woods scooping the Outstanding Contribution to Widening Access award.

The University's faculties enjoyed considerable success. The Faculty of Art, Design and Architecture's fashion programme was ranked second in the fashion and textiles category of the Guardian University Guide, while BA(Hons) Fashion was named second in the Business of Fashion Global Fashion School Rankings. Kingston Business School joined just five per cent of institutions worldwide in receiving the much-sought-after AACSB accreditation while the Faculty of Health, Social Care and Education's School of Nursing scooped the Teaching Innovation of the Year prize at the 2016 Student Nursing Times Awards, with its Turning Crisis into Drama simulation earning particular recognition. 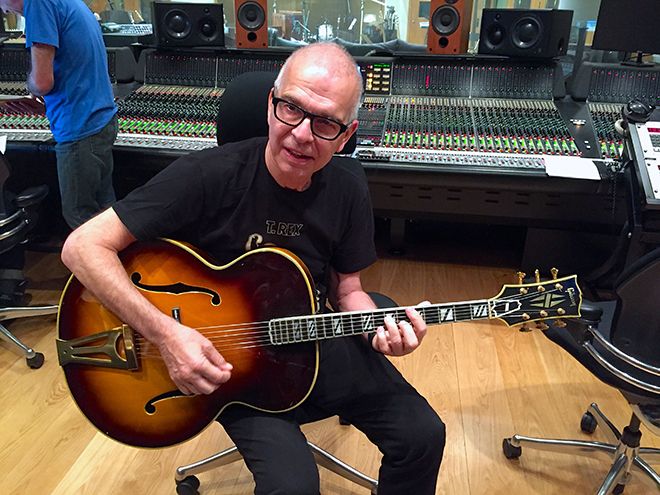 Record producer Tony Visconti opened the new analogue recording studio at Kingston Hill campus. Photo: Malcolm DohertyA landmark building designed by award-winning Grafton Architects was approved. Preparations for the construction of the new Town House at Penrhyn Road campus are due to start in spring 2017, with an anticipated opening date of September 2018. The Science, Engineering and Computing faculty celebrated the opening of new state of the art laboratories at Penrhyn Road , opened by the first British Astronaut Dr Helen Sharman and acclaimed polymer chemist Dame Professor Julia Higgins. World-renowned music producer and David Bowie collaborator Tony Visconti cut the ribbon on a new analogue recording studio named in his honour at the Faculty of Arts and Social Sciences' music department at Kingston Hill campus as part of a teaching and research collaboration with the musician.

Kingston University's Big Read programme has once again encouraged reading participation among students, staff and the local community, with Matt Haig's The Humans chosen as this year's novel. The best-selling author Haig met with eager students during Welcome Week in September to discuss the book and its themes of alienation in a new environment, as well as holding talks for staff and members of the community Another inspirational visitor was Paralympian medal winner Ade Adepitan. The television presenter spoke about his career and offered encouragement to students on Kingston University's Sports Performance Programme at an awards ceremony to celebrate their achievements. 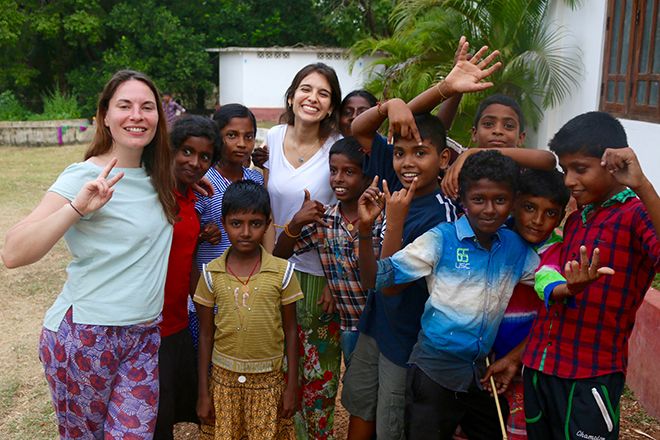 Dedicated members of academic staff were well recognised in 2016 too. Journalism lecturer Azadeh Moaveni was shortlisted in the final three for the International Reporting category of the coveted Pulitzer Prize for excellence in journalism and the arts, while founder of the MA Curating Contemporary Design course at the University, Professor Catherine McDermott, was awarded the 2016 Sir Misha Black Award for Innovation in Design Education.

The Higher Education Statistics Agency once again named the University top of its table for graduate start-ups, the sixth time that it has received this accolade. Kingston University's reputation for producing graduate start-ups was also enhanced with the Company of the Year prize at the UK Young Enterprise Start-Up Awards going to Team Staunchh – a team of third-year students who created and sold reflective cycle gloves to aid road safety. To this effect, a report by BiGGAR Economics showed that Kingston University generates £2.5 million to the national economy on a daily basis. 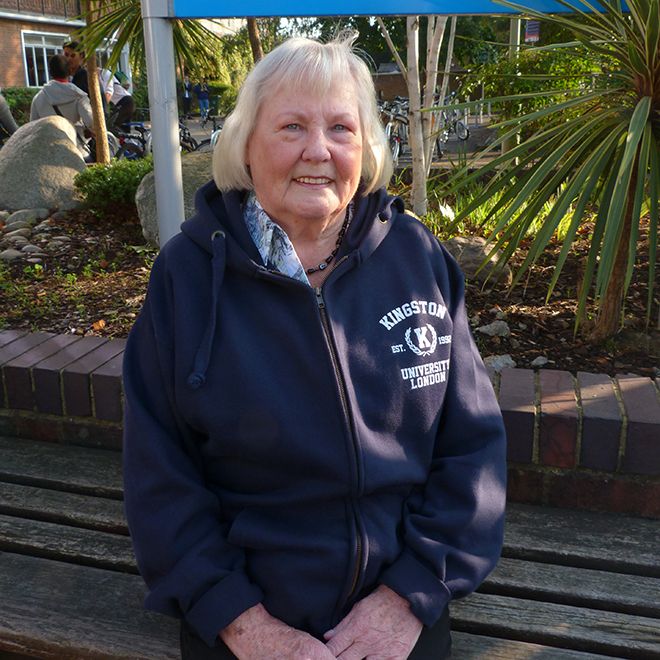 80 year-old Hilary Chalkly enrolled on the MA Creating Writing course at Kingston UniversitySuccesses were not solely recognised by trophies and award ceremonies either. PhD student Rishikesh Kankesh Patel earned national press coverage for his research on the health benefits of dark chocolate. Graphic design graduate Calum Ray also hit the headlines for building a bicycle out of a set of discarded golf clubs that he had purchased online for 99p, while MA Art and Space alumna Mary Branson's New Dawn sculpture was unveiled at the Houses of Parliament. Kingston University's talented students also showed their philanthropic side and sense of adventure with the annual expedition to India - and for the first time this year, Sri Lanka – for three weeks of volunteering with local children with support from Lebara Foundation.

Kingston University's diversity was also demonstrated with 80-year-old grandmother Hilary Chalkly enrolling on a Masters degree in Creative Writing, at the same time as 17 year-old Angela Medvedeva was starting her PhD in psychology – displaying the rich variety of students continuing their study into 2017 and beyond.