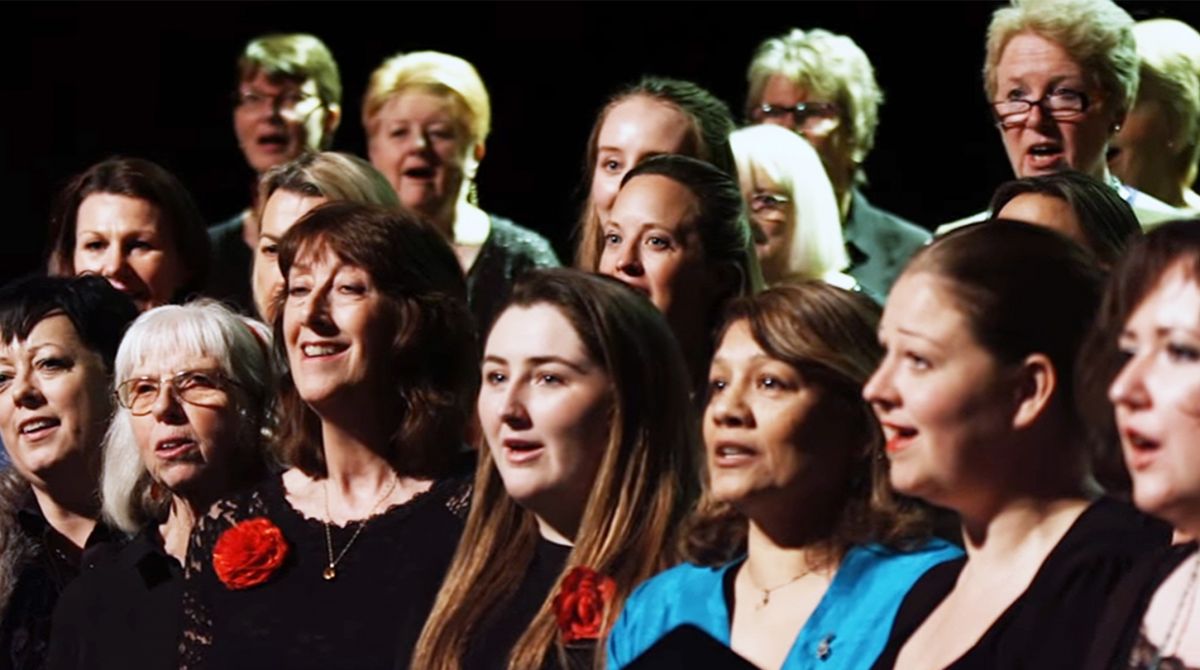 A Kingston University associate professor sang her way in to the recent Christmas iTunes Top 10 with a musical tribute to late Member of Parliament Jo Cox. Dr Alison Baverstock, from the University's Faculty of Arts and Social Sciences, was part of the Friends of Jo Cox choir which recorded a cover of The Rolling Stones' song ‘You can't always get what you want' in memory of the former MP.

Parliamentary rock music band MP4 - a group made up of four Members of Parliament, both past and present across different political parties - had been keen to remember Mrs Cox, who was killed in her constituency of Batley and Spen in June last year. As a member of the Parliament Choir of Westminster, Dr Baverstock was among those approached to be part of the backing choir.

It had all happened very quickly, Dr Baverstock said. "MP4 were looking for a choir with which to record the song and approached us during one of our routine practices," she recalled. "A couple of weeks later we were in a bus to Essex to rehearse and record the track."

The volunteers were transported to the Backstage Centre in Purfleet, Thurrock - a sound stage and studio academy. The song was then recorded with members of the Royal Opera House Thurrock Community Chorus alongside a number of well-known names from the music world including singers David Gray and Suzi Quatro, former Cockney Rebel band member Steve Harley and musician and songwriter KT Tunstall. 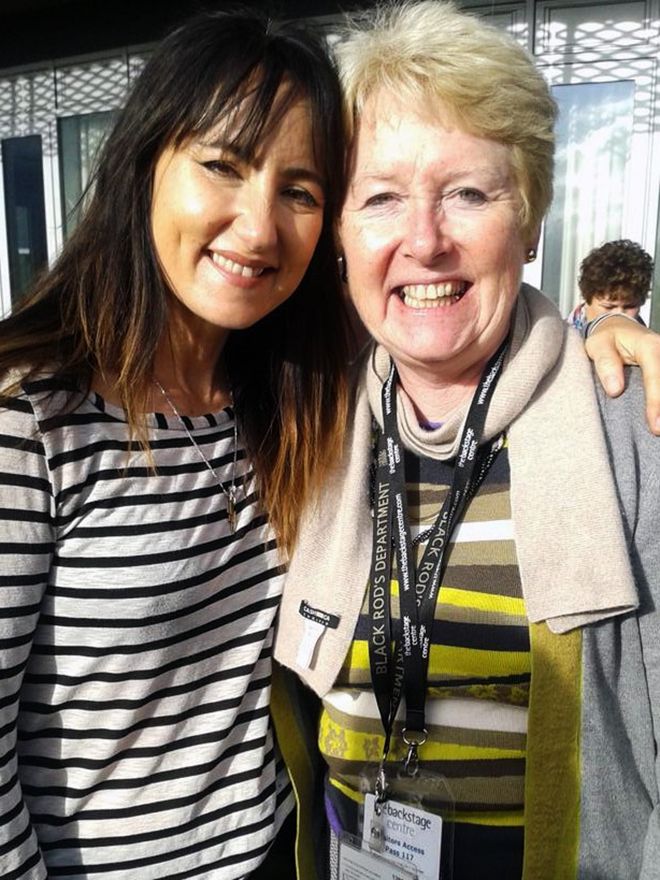 Musician and songwriter KT Tunstall, pictured alongside Dr Alison Baverstock was among the celebrity voices on the recording.

Despite being given the chance to enter the music charts, Dr Baverstock admitted she'd experienced mixed feelings about the opportunity. "The whole project was rather sobering and I felt quite conflicted all day," she reflected. "While it was very exciting to be handed a recording contract, the reason for the recording was tragic."

The recording had taken place just before the attacker's trial, Dr Baverstock said. "Subsequent revelations of the heroic way in which she had behaved that day only increased the sense of injustice I felt for Jo and her family," she added.

The tribute single - produced by Rolling Stones musical director Suzi Digby - has already raised more than £35,000 for the Jo Cox Foundation. The Foundation, which was established after the MP's death as a lasting legacy to her life and work, will help causes she passionately supported, including women's empowerment and refugee support. The track has been fully backed by the Rolling Stones and endorsed by Prime Minister Theresa May who has waived VAT on sales.

"As part of the recording day we were taken on guided tours of both the Backstage Centre and the costume and scenery departments of the Royal Opera House - both of which were fascinating," Dr Baverstock explained. "Even though there was deep sadness, the song is raising money for something really special so it was a tremendous honour to be part of this project."

The song, ‘You can't always get what you want' by Friends of Jo Cox, reached the UK singles chart in time for Christmas and is still available to download.

Find out more about studying music at Kingston University. 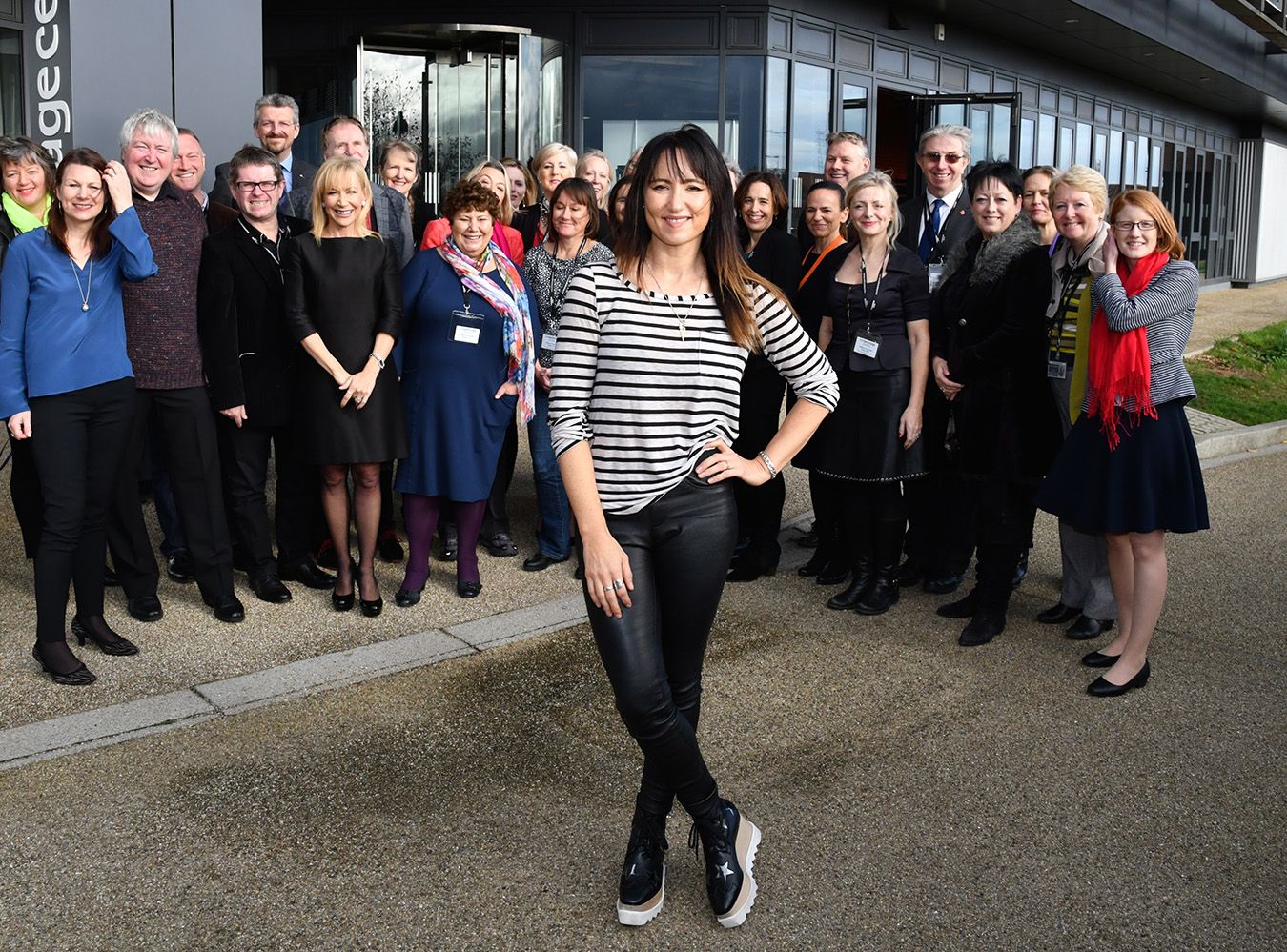 The Friends of Jo Cox choir, with KT Tunstall in the foreground and Dr Alison Baverstock second from the end to the right.