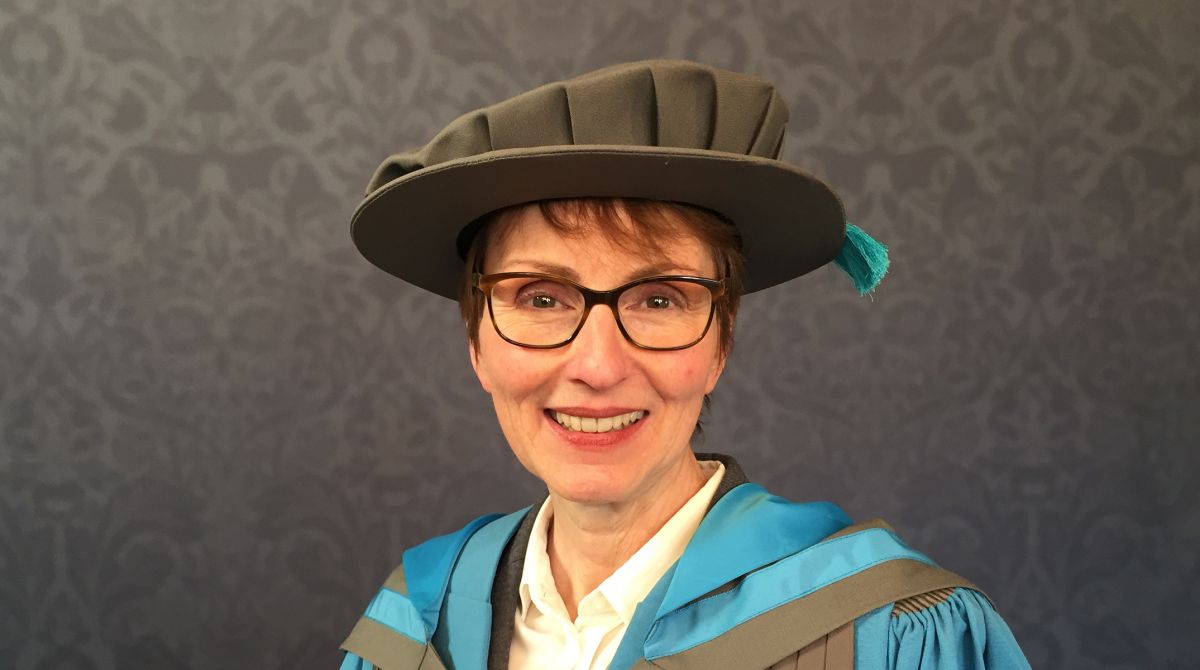 Achieving a degree qualification can be the gateway to a world of unimaginable opportunity, first Briton in space Dr Helen Sharman told new graduates as she was named Honorary Doctor of Science by Kingston University.

Dr Sharman - who worked as a technical manager in the Faculty of Science, Engineering and Computing at the University from 2013 to 2015 - was presented with an honorary degree during a graduation ceremony at the borough's Rose Theatre in recognition of her outstanding contribution to the public understanding of science.

She said she had always wanted to do something useful when she graduated in chemistry but going into space could only have been a wild dream. "My degree transformed my life," Dr Sharman said. "At my graduation I could not have known the opportunities a degree would allow me to explore or the dreams it would allow me to follow."

"When it gets tough, think back to today and remember that with a dream and determination you can do it - and sometimes even wild dreams come true," she told the students.

Dr Sharman had been working in a chocolate factory as a research technologist for Mars Confectionery - creating the new Mars ice cream bar - when out of the blue she heard an advertisement on the radio for an astronaut, no experience necessary. She said although it was a space mission, it wasn't really a big change of job. "Instead of being a scientist on the ground, I would be a scientist in space. Instead of working in a lab at Mars, I would be working in a lab in space," she explained. 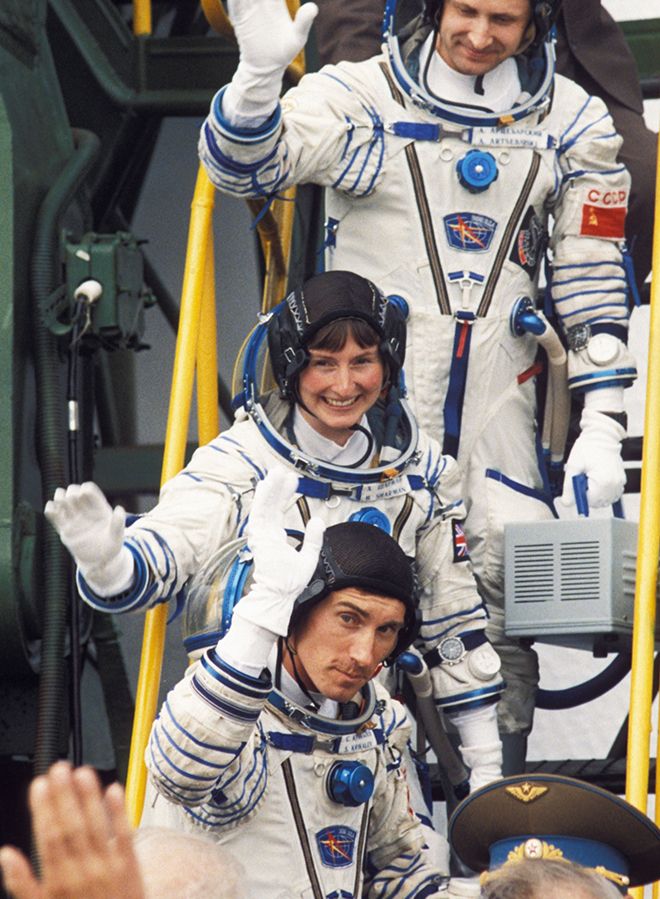 Scientist Dr Helen Sharman at the space port in Russia in 1991. Photo by Gro/REX/ShutterstockProject Juno was a co-operative arrangement between the Soviet Union and a British company and Dr Sharman underwent thorough psychological and medical assessments before being one of two Britons to be selected from 13,000 applicants. She said it was a newspaper editor's dream, with headlines such as ‘Girl from Mars goes to the stars', and plenty of puns about galaxies and milky ways adorning the front pages.

Following an intensive 18 months training programme near Moscow - including learning to speak Russian - Dr Sharman became the first Briton in space in May 1991, when she launched on a Soyuz spacecraft and spent eight days orbiting the earth.

Although it was very challenging, the scientist said there was nothing left to be scared of because the training had been so thorough. "It was tough in ways I had not imagined but the determination to follow it through paid off and eventually I lived that wild dream of launching into space, floating around and feeling weightless," she said.

"It's really the most exciting and exhilarating experience. You can really just fall asleep in the module you are floating around in. I forgot what it felt like to stand up and to sit down. I carried out some amazing experiments and spent my spare time watching the Earth spin and the stars shine," she added.

After her high-profile space mission - returning to earth as a role model for aspiring young scientists - Dr Sharman started work as a space consultant and built up her own science communications business. She feels passionately about communicating to people about science and is a frequent visitor to schools and Universities. She said her work with staff and students at Kingston University had been very important to her and last year unveiled a new laboratory named in her honour and a public outreach centre, where school children and community groups will be able to explore pioneering technologies. "Using my expertise and knowledge of space was a good starting point to communicate about science, which I think is an important thing to do," she said.

"It's so important we communicate science to young people and to their families and society at large, because if young people don't have support to keep momentum going, then their interest in it can be lost," she added.

Vice-Dean of the faculty of Science, Engineering and Computing Dr Lucy Jones said being the first Briton in space was a huge achievement, but Dr Sharman's work since then was the reason for the honour. "When Helen came back from space she used that experience to spread the idea to school children and people across the world that STEM (Science, Technology, Engineering and Mathematics) is a really exciting place to be and there are careers and opportunities out there for people to go on and do something remarkable," Dr Jones said.