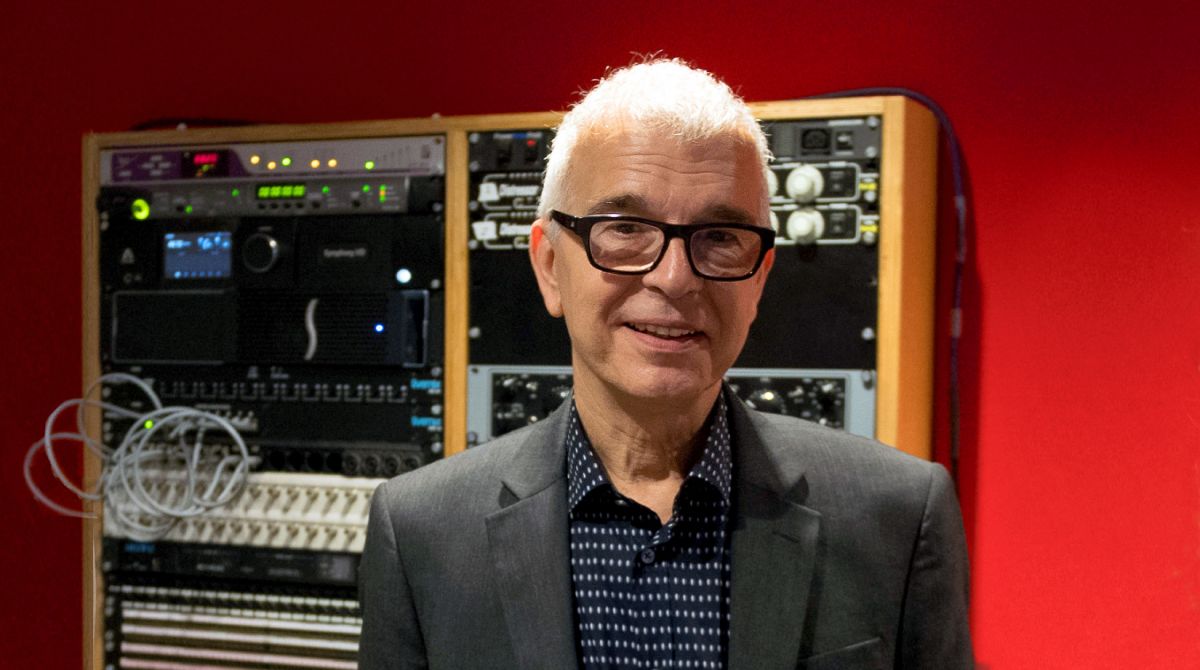 The Visconti Studio at Kingston University will become a destination of choice for leading artists to record new material, according to iconic music producer and David Bowie collaborator Tony Visconti, who has lent his name to the venue.

The analogue recording studio was opened by Mr Visconti in September last year. It forms the focal point of a teaching and research project at the University which will see the award-winning producer tutor students in the techniques of tape-based recording, deliver seminars and record new music with invited guest artists.

Having spent the past 50 years working in recording studios across the world with some of the most revered names in rock and pop – including David Bowie, T-Rex and Foo Fighters – Mr Visconti is confident the new studio will attract a host of talent and well-known artists wanting to take advantage of the unique set-up at the University. 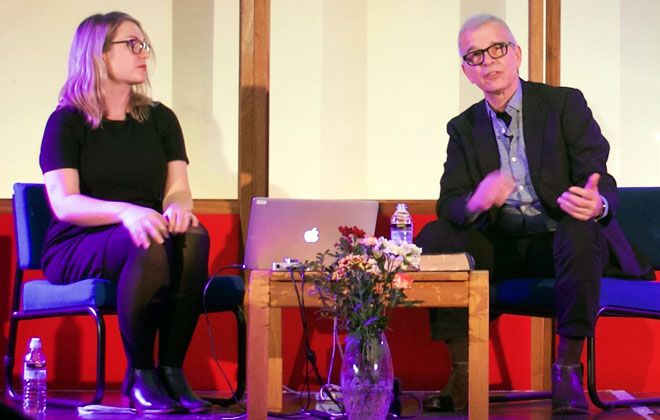 Tony Visconti - pictured with music lecturer Dr Leah Kardos - talks about his career at a recent event at the University  "Once the word gets out we will have a lot of artists wanting to use the studio," Mr Visconti said.  "I've already mentioned it to Paul McCartney and he's really curious. If he can find a place close to home where there's a good sound then I'm sure he'll explore the possibilities of using it."

One of the most impressive features of the tape-based facility is the 300 metre square octagonal live room which boasts a unique collection of rare and vintage instruments including a mellotron, Hammond organ and Steinway piano.

Mr Visconti noted that a live room of this size was hard to find these days as most have closed down. He said the space boasted an exceptional reverb which reminded him of Hansa Studio in Berlin where he recorded Bowie's 1977 album Heroes.

"This studio is the real deal," Mr Visconti said.  "I would love to have made a David Bowie record here because of its sonic possibilities. There's a special sound here that you can't get in smaller studios." 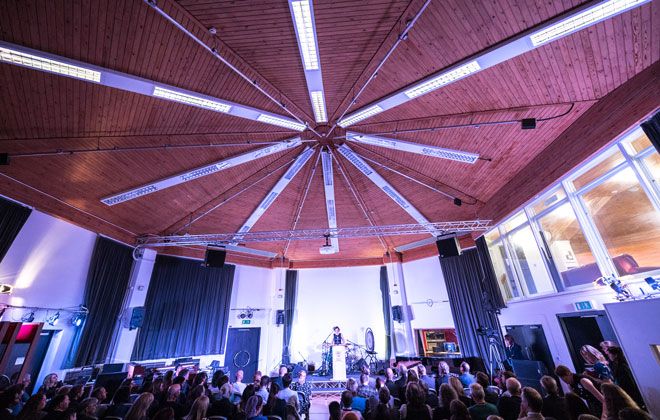 Tony Visconti said the 300 metre square octagonal live room has an "exceptional reverb"As part of the launch of the studio, Mr Visconti – now a visiting professor at Kingston University – worked with group students to produce tracks for British singer-songwriter Mary Epworth. The innovative producer will return to the studio this month to run a Winter School, which will see him working with 10 lucky students from across the globe to produce new material for an invited guest artist.

When it's not being used for teaching, Mr Visconti intends to use the studio for his own recording collaborations and said he'd love the chance to give students the experience of working with some seriously big rock stars at the University. Singer-songwriter PJ Harvey visited the Visconti Studio shortly after the launch and was impressed by the facilities there.

Receiving an Honorary Doctor of Arts from Kingston University at the studio launch in September, Mr Visconti said he was relishing his new role as visiting professor.

"I'm so happy to be working here at the University," Mr Visconti said. "When I drove up the driveway and I saw my name on the studio sign…I felt that this is like coming home."

Mr Visconti is regarded as one of the most influential record producers of the modern era and is to be honoured with an Outstanding Contribution to UK Music award by the Music Producers Guild Awards at a ceremony held in London this month. His collaborations across the decades include producing music for Sparks, T-Rex, Thin Lizzy, Morrissey and Daphne Guinness.